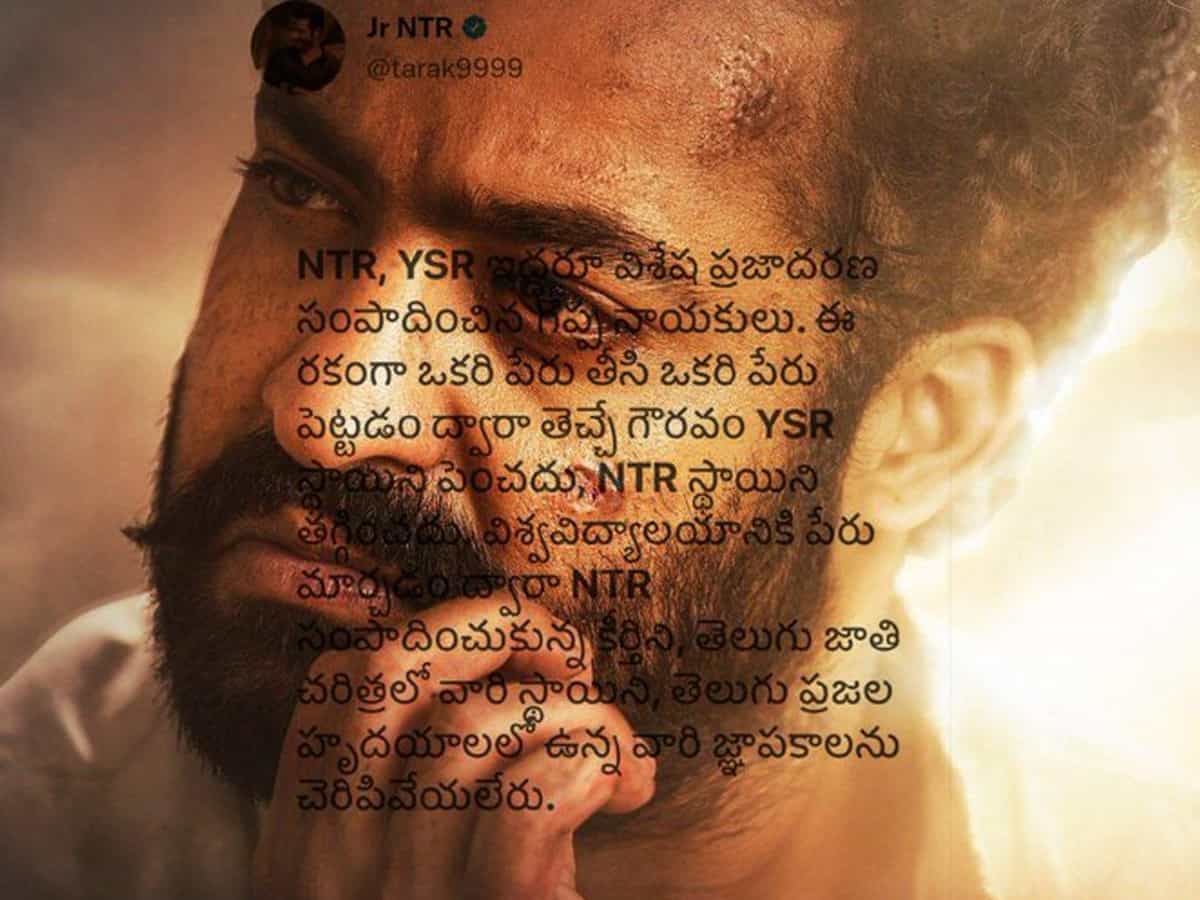 Jr NTR’s diplomatic response over the name change of NTR Health University to YSR Health University has come as a huge shocker to the scores of NTR fans and TDP fans. Jr NTR’s statement was more generalised, diplomatic and was very subtle. No where Tarak had hit out at the ruling government or YSRCP for removing NTR’s name.

Die hard fans of late NTR couldn’t take this weak response of Tarak who tried to play it safe and tried to sound politically correct by playing safe. Tarak’s choice of words in the statement clearly indicate that he doesn’t want to get caught in the political war of words. But he didn’t expect this kinda huge criticism or trolling from pro-TDP was certainly not expected.

However, this isn’t first such unexpected criticism from TDP cadres. Earlier, Tarak faced similar trolling in Nara Bhuvaneswari issue where she was allegedly abused on the floor of Assembly by some YSRCP leaders. Amidst all this, Tarak is certainly caught between TDP and YSRCP cadres online war.

Many seniors in TDP are also shocked with Jr NTR’s diplomatic stand of late. We have to wait and see how NTR would sail through this and come out of this current situation. For now, he is caught between rock and hard place.