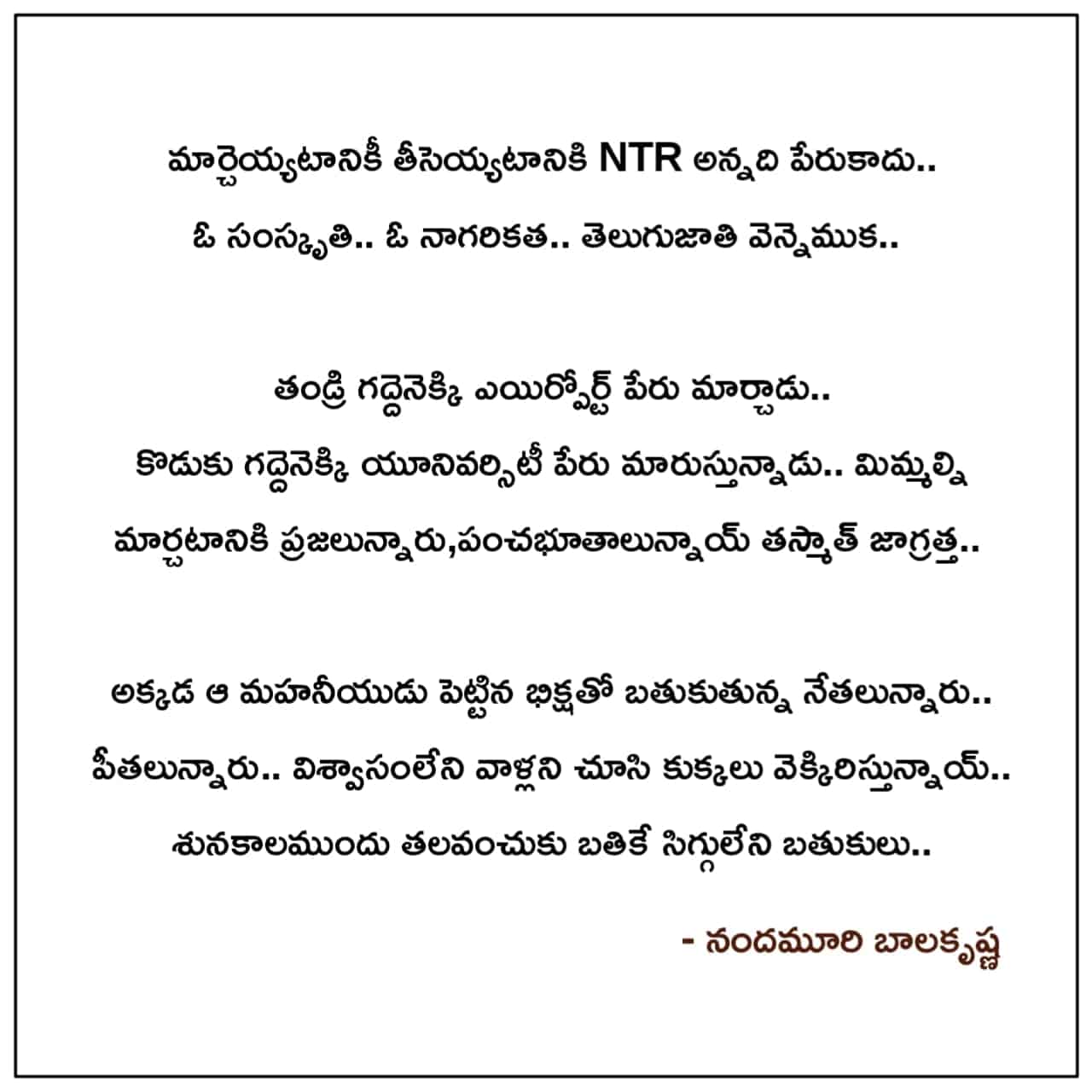 Nandamuri Balakrishna has responded to the latest controversy of YS Jagan government which passed orders to remove NTR’s name from the Health University and replace it with YSR. Amidst this, legendary NTR’s son, actor and Hindupur MLA Balayya made comments which have become a hot topic in political circles.

“NTR is not just a name to change or remove. It represents the tradition, culture of Telugu and he is the backbone of the Telugu community,” said an emotional Balayya.

Referring to late YSR and present CM YS Jagan, Balayya wrote, “Father had changed the Airport’s name. Son is now changing the University’s name. But don’t forget that you can also be changed. There are people (elections for every 5 years in democracy) and there are Panchabhutas (climate & destiny).”

Balayya has hit out at some of the former TDP leaders and present YSRCP leaders (read Kodali Nani and Vallabhaneni Vamsi). Terming them as crabs, Balayya said they got political life due to NTR. He said that even dogs would mock looking at them. He concluded saying that those lives are just surviving shamelessly under dogs.

Such a powerful attack from Balayya has come as a huge shock to even YSRCP leaders. TDP leaders are welcoming Balayya’s comments.

TDP chief and former CM Chandrababu Naidu had argued that how could the Jagan government replace NTR’s name with YSR’s name for the health university founded by NTR. Jr NTR found fault with Jagan government on the issue indirectly. However, he made a diplomatic statement which invited the ire of some TDP loyalists. That’s Nandamuri Balayya for you.