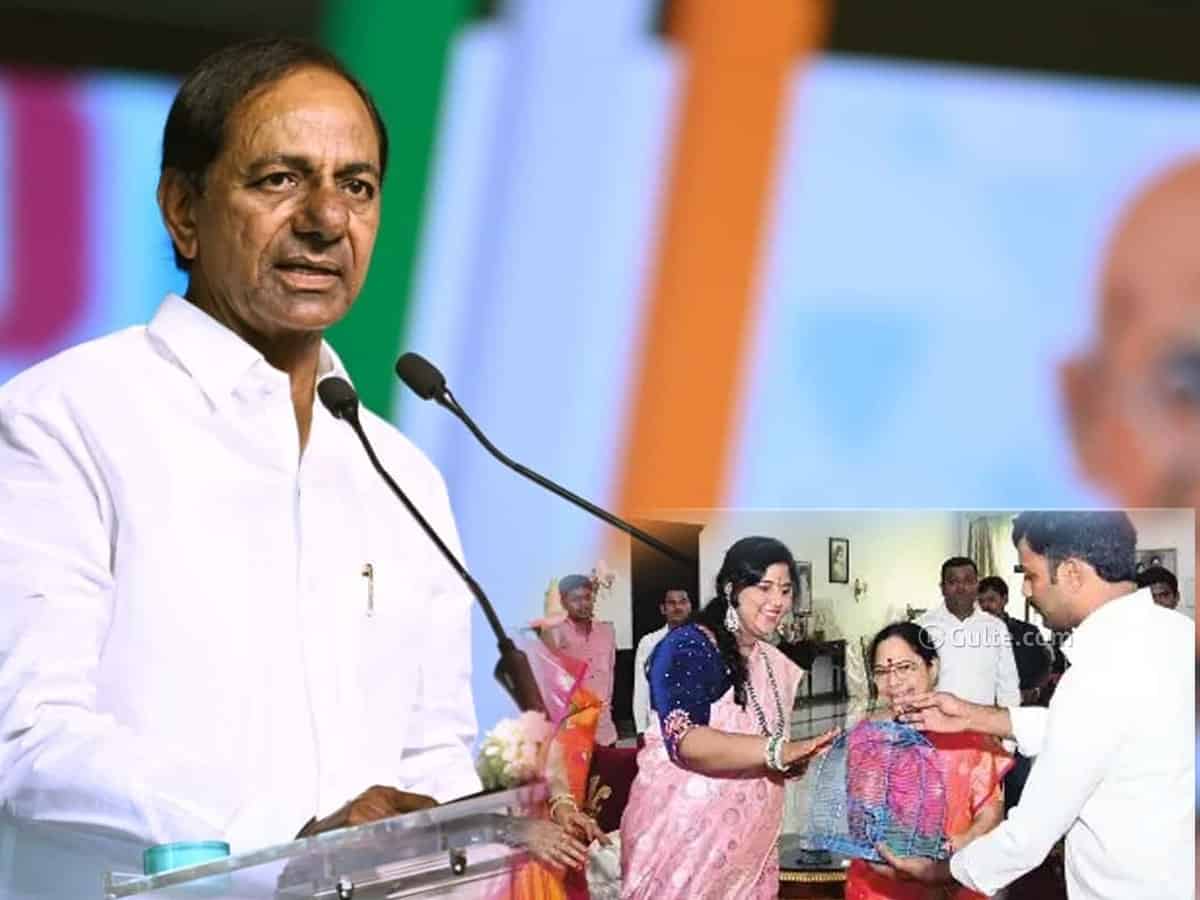 Seeing Indian Roller bird also called Blue Jay (Palapitta) is considered auspicious on the occasion of Dussehra festival. But this bird has almost become endangered and it is hardly spotted in the outside world these days.

Under these circumstances, the Indian Roller bird was caged and brought to Pragathi Bhavan for Telangana CM KCR and his family. Pictures of the bird in a cage with KCR, his grandson Himanshu, KCR’s wife Shoba, KTR’s wife and other family members surfaced on media and this has called for an outrage.

As per the Wildlife Protection Act 1972, caging Indian Roller bird is a crime. From schedule 1 to 4 of the act suggest that any act of caging for personal or commercial purpose is a crime and preparators will be punished as per the law. Even more surprisingly CM KCR himself is the Chairman of Telangana State Board for Wildlife and he breached the act.

Bird lovers are offended by KCR for violating the act on the occasion of Dussehra festival. People are demanding action against those officials who brought the endangered bird to Pragathi Bhavan for viewing KCR and his family.

Indian Roller is Telangana’s state bird and it is a shameful act that should be condemned. CM KCR has to clarify on this controversy.