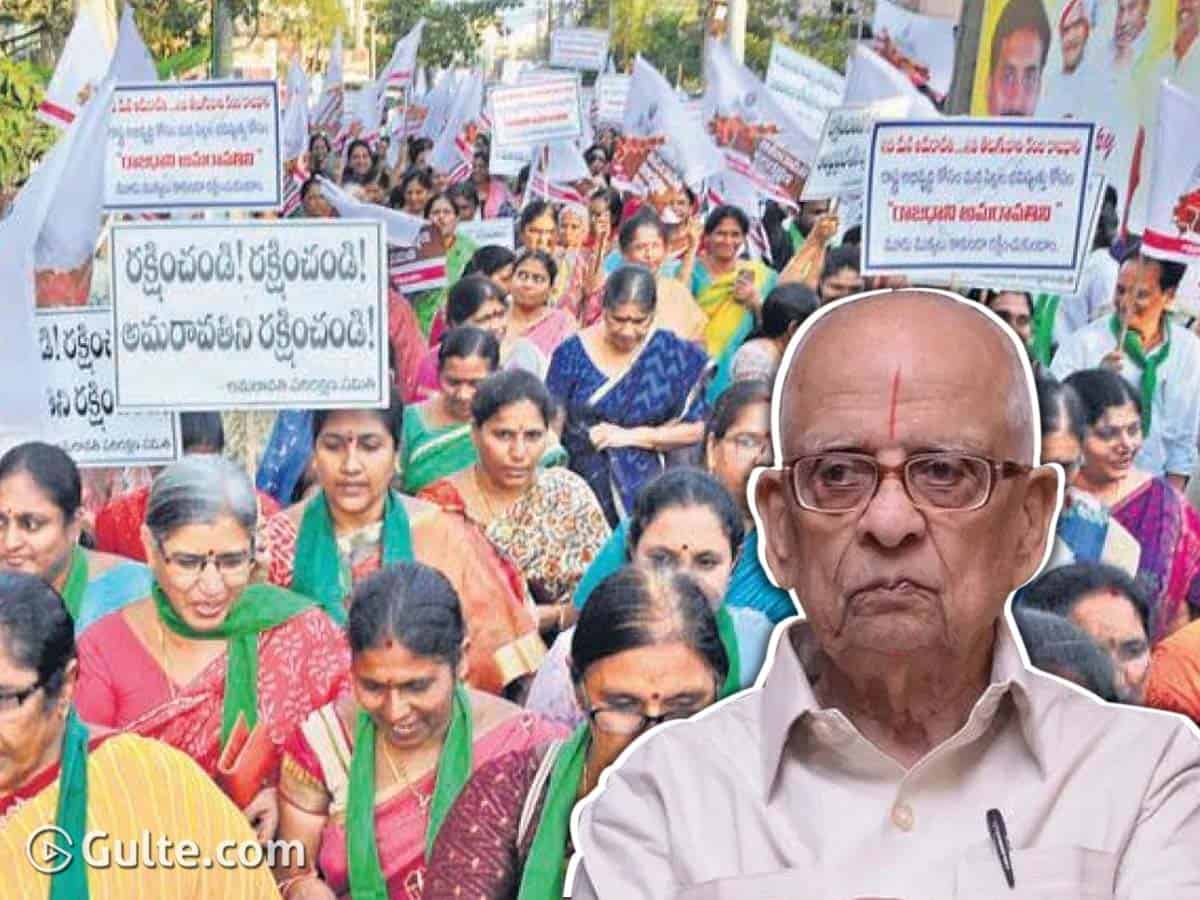 As the YCP government is going ahead with the ‘Three Capitals’ the farmers approached the AP High Court and also the Supreme Court for justice. However, just when they are looking for an experienced and reputed lawyer to argue on their behalf in the Supreme Court, a ray of hope came in the form of K Parasaran.

This name needs no introduction. Parasaran is one of the senior Supreme Court advocates in a legal career spanning over six decades and he also served as the Attorney General of India from 1983 to 1989. But Parasaran is most famous for decades pending Ayodhya case and he battled on behalf of Hindus to construct the Ram Mandir.

Nevertheless such an experience and renowned lawyer would be highly expensive and Amaravati farmers have made it clear to Parasaran that they can’t afford him. To the farmers’ surprise, Parasaran said he would be charging just Rs 1 and this is a really great gesture. The advocate assured the farmers that he would stand by them and put his all efforts in the AP capital row case.

Not just Parasan, even some senior advocates gave their word to Amaravati farmers that they would appear in Supreme Court at free of cost. Recently the Chief Justice of India SA Bobde’s daughter Kiran Bobde made it to the AP High Court on behalf of Amaravati farmers and this shocked many.

Like so the farmers of Amaravati are happy that such reputed lawyers are voluntarily coming forward for a cause and they are hopeful that justice would be met one day.