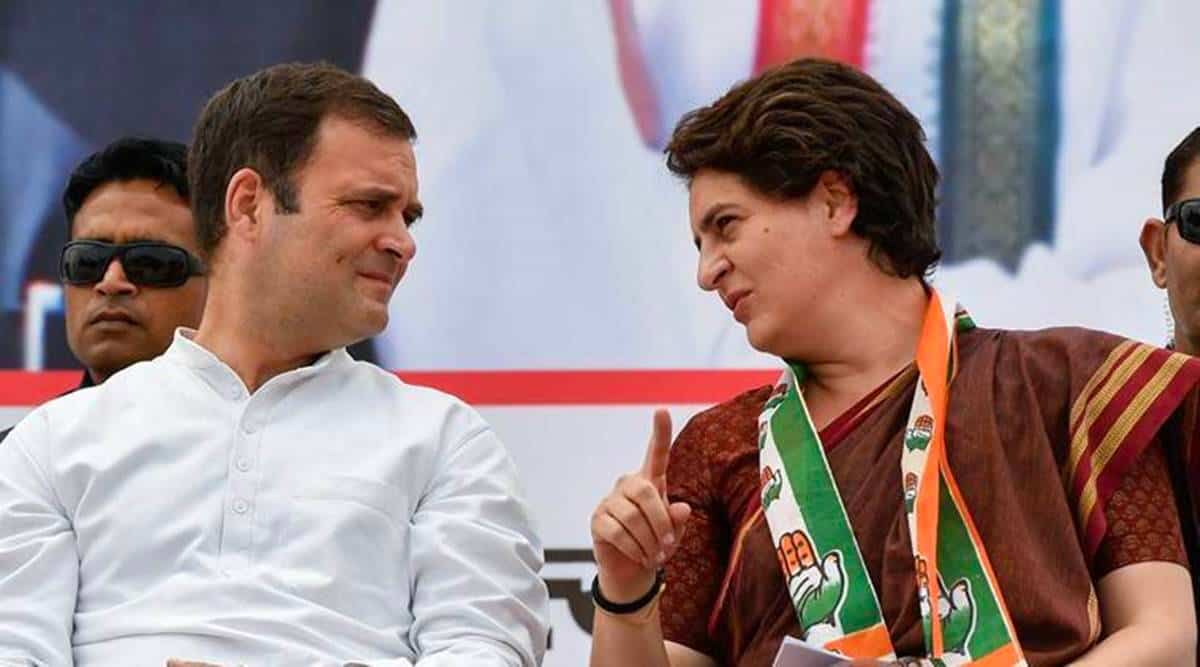 Congress general secretary Priyanka Gandhi Vadra, agreeing with her brother and former president Rahul Gandhi, said that a non-Gandhi should lead the party.

She said that Rahul told them that none from their family should be the president of the party and that she agreed with it. “The party should find its own path.”

After the party’s rout in the 2019 general elections, Rahul Gandhi quit the Congress president post taking moral responsibility for the party’s dismal performance. His resignation was rejected “unanimously” by the Congress Working Committee (CWC) members as they wanted him to overhaul and restructure the party but he remained firm.

Gandhi said that she would follow the directions of the non-Gandhi president of the party with regard to taking up the organisational charge of UP or Andaman and Nicobar. She said she had entered politics unable to witness the “destruction of everything that the freedom fighters fought for and built”.

About the Congress losing perception battle against the BJP, Priyanka agreed that the Congress was slow to understand “new media” and by the time it could express its point of view, the damage had already been done.

These remarks are part of an interview published in a book on next-generation leaders of India.

Replying to a query on the corruption charges levelled against Robert Vadra, she said that she had clarified about it to both her son and daughter. “I do not hide anything from them, even my mistakes and weaknesses,” she said.

Further, she added that the ED interrogation of her husband and the TV discussion on it had an impact on her children.