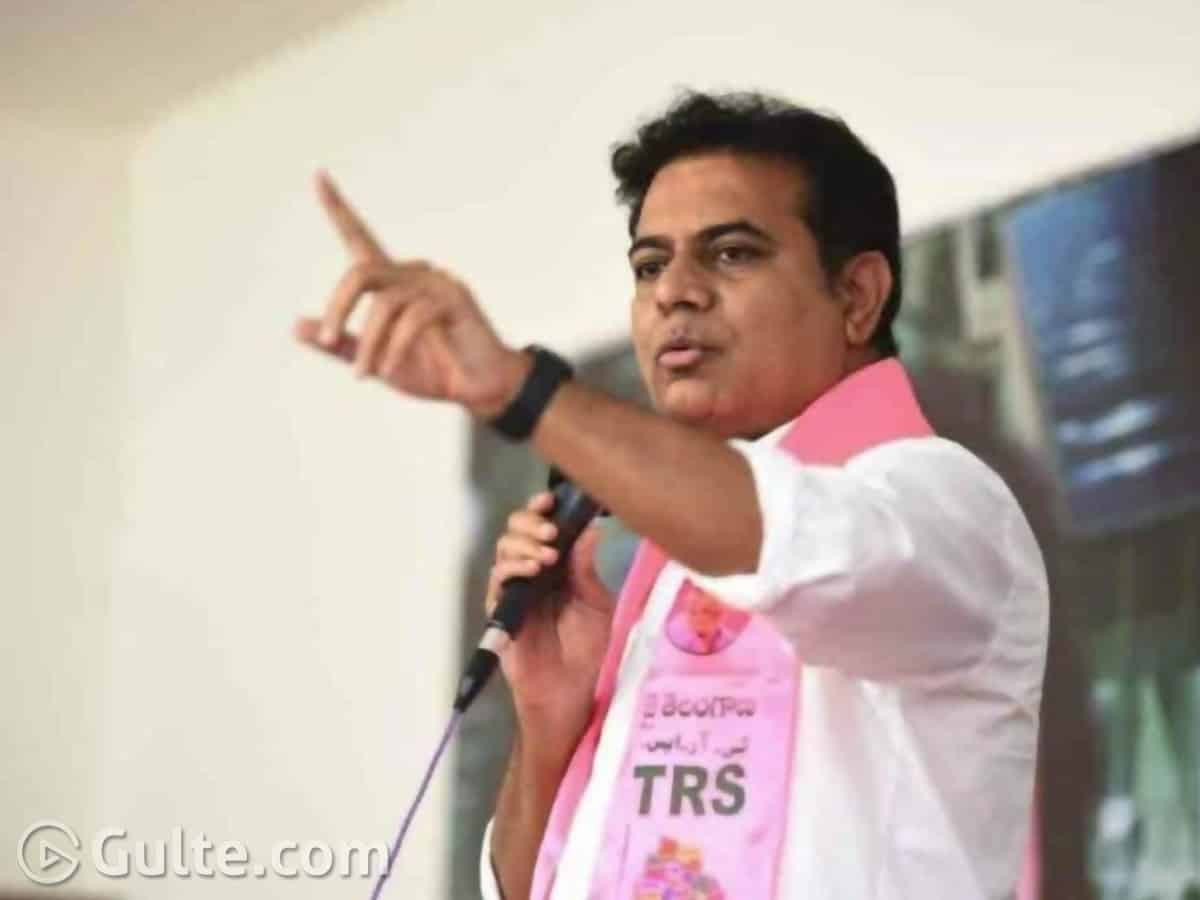 Munugode Assembly constituency is the centre of Telangana politics currently. On Thursday TRS Working President KT Rama Rao accompanied their party candidate K Prabhakar Reddy for filing nomination and before that a road show was held.

In this road show, KTR pledged to adopt Munugode constituency, if TRS candidate is elected as an MLA. “While entering Munugode, our TRS cadre informed me that our party will register a thumping win. They also brought to my notice about bad roads and I pledge that I will adopt Munugode. This is not any regular poll promise but I will ensure to hold a review meeting on Munugode development once every three months. Not just roads, Munugode will see all-round development and this constituency will be developed like Siricilla and Suryapet,” said KTR.

On this by-poll, KTR added that it is a fight between Rs 18,000 crore contract and self-respect of Munugode voters. “I urge people to vote for CAR symbol and teach a befitting lesson to those arrogant Gujarat leaders,” stated KTR.

After the road show, KTR had lunch at Nalgonda Fluoride victim Amshala Swami’s home along with another minister Jagadish Reddy.

Munugode will go for polling on November 3rd and TRS chief KCR is expected to host a public meeting on October 30th.