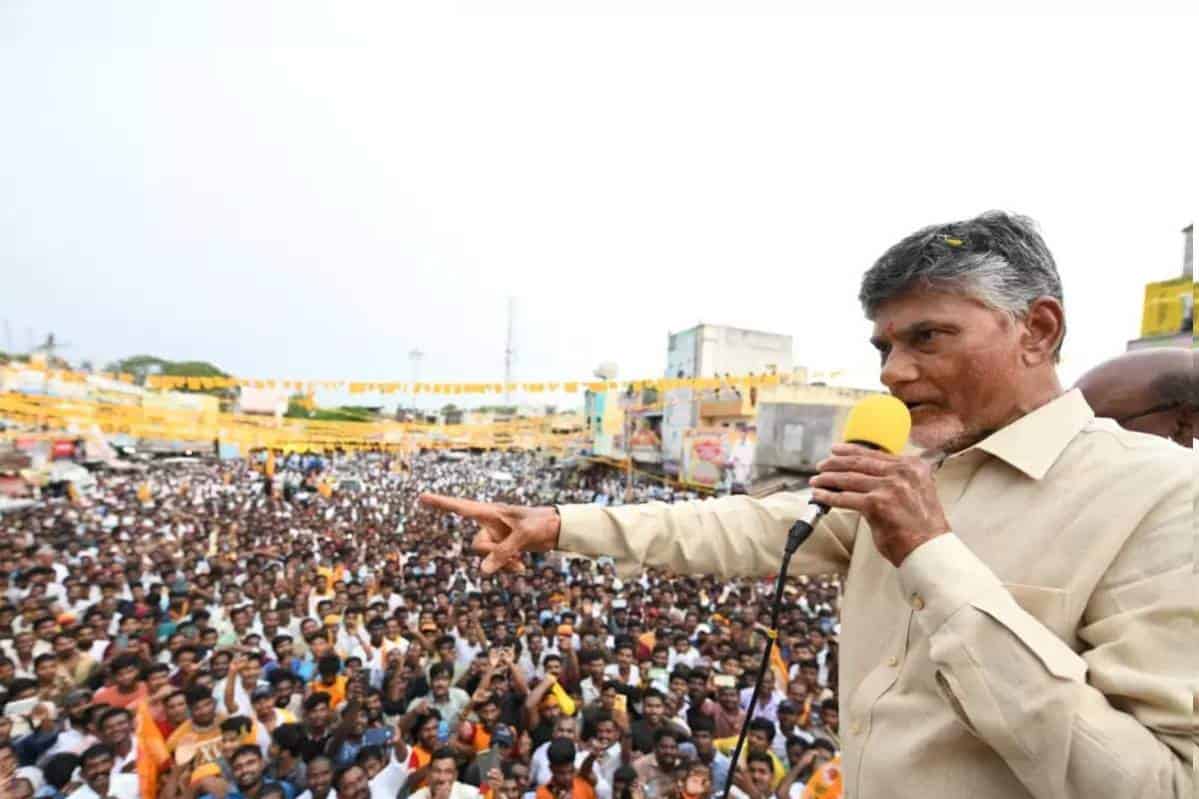 Naidu made some interesting comments in Kurnool. Stating that he is very fit, Naidu said he has strength and muscle to take over the reigns of the state. He assured the people that he would revive Andhra Pradesh’s growth. He asked the people to give him the chance. “I’m not old. I’m very fit. Narendra Modi and I are of equal age. There are many who are older than me. Biden became US President at this age. I’ll make the state progress again,” said Naidu responding to criticism and satirical comments against his age. Naidu said AP would have been a number one state in the country had TDP won the power in 2019. He asked the people to bless him and give him another chance.

Naidu said no one had ever insulted him in his 40 year political career. He said his wife (Bhuvaneswari) and he were insulted in the Assembly. “If you elect me and send me to the Assembly it is fine, since the next election will be my last election,” Chandrababu stated.

Chandrababu exuded confidence that there is a TDP wave in the state. He predicted that YSRCP would vanish in the wave. He said Jagan should go and only then the state would progress. He said he has confidence to revive the state’s growth and economy.

Naidu said Jagan Mohan Reddy has failed to deliver. He said he had never seen such a weak administrator in his political career. He said none of the investments have come to the state in the present government. Naidu said the previous government got assurance of 16 lakh crore investments that can yield 30 lakh new jobs in AP. Under this 5 lakh crore investments have come in the previous 5 years and 6 lakh new jobs were created during his tenure. Naidu alleged Jagan government of doing rowdyism, land scams and liquor scams. He alleged the ruling government is imposing false cases against TDP leaders and resorting to politics of vendetta.

Talking about his plans for Kurnool, Naidu said, “The airport in which I landed was then built for industrialists to come to Kurnool. I had allocated 10,000 acres in Orvakallu for the Industrial Park. The YSRCP government got nothing for Kurnool.”

On 3 Capitals, Chandrababu said Jagan pushed the state into the dark by stalling all the development works. He said Jagan can’t build 3 capitals and he can’t even progress the state. Naidu assured the people that he would revive the state. He also said he would increase the benefits to the poor once he returns to power. He said the people are vexed with Jagan’s rule due to the prices and taxes.