Why Should Roja Worry About Chevireddy’s Raise? 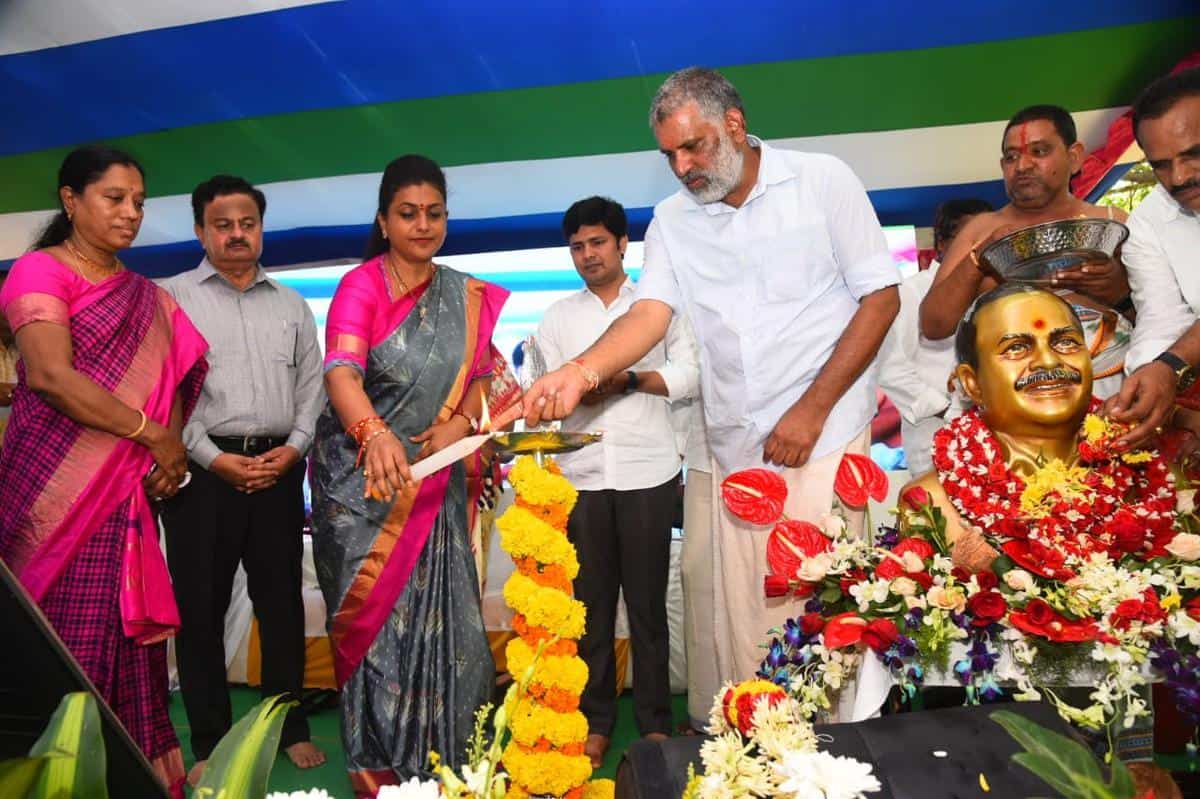 Chandragiri MLA Chevireddy Bhaskar Reddy is finally getting the due recognition from the YCP leadership. Chevireddy has been entrusted with the responsibilities of coordinator of key YCP subsidiary party divisions. He will act as an assistant to the party’s state coordinator Vijayasai Reddy.

Chevireddy is a die-hard fan of YS Jagan. In the TDP government’s regime he faced multiple cases. He used to get arrested once a month but nowhere he laid a back foot and continued to fight against the TDP government. After 2019, many expected that Chevireddy would get into Jagan’s cabinet but somehow he did not get it due to some political equations.

In April’s cabinet reshuffle, Chevireddy was yet again snubbed. Deeply upset, he directly approached CM Jagan and expressed his disappointment. When Jagan quit Congress, Chevireddy was one among the few who walked with Jagan. There is no record of Chevireddy ever showing intolerance towards Jagan or the party. He is reckoned as the true loyalist of Jagan and even goes on to say that he would stay away from elections, if Jagan summons.

As the elections are approaching, Jagan wants to give appropriate place to dedicated party leaders. It has been many days since Jagan announced that there will be another cabinet expansion. There are maximum chances of Chevireddy getting a cabinet berth in case another reshuffle happens.

Accordingly Jagan has laid the responsibilities of the coordinator of the affiliated party divisions to Chevireddy in advance. But the big question is who will Chevireddy replace in the AP cabinet? Currently all fingers are pointing towards AP Tourism minister Roja.