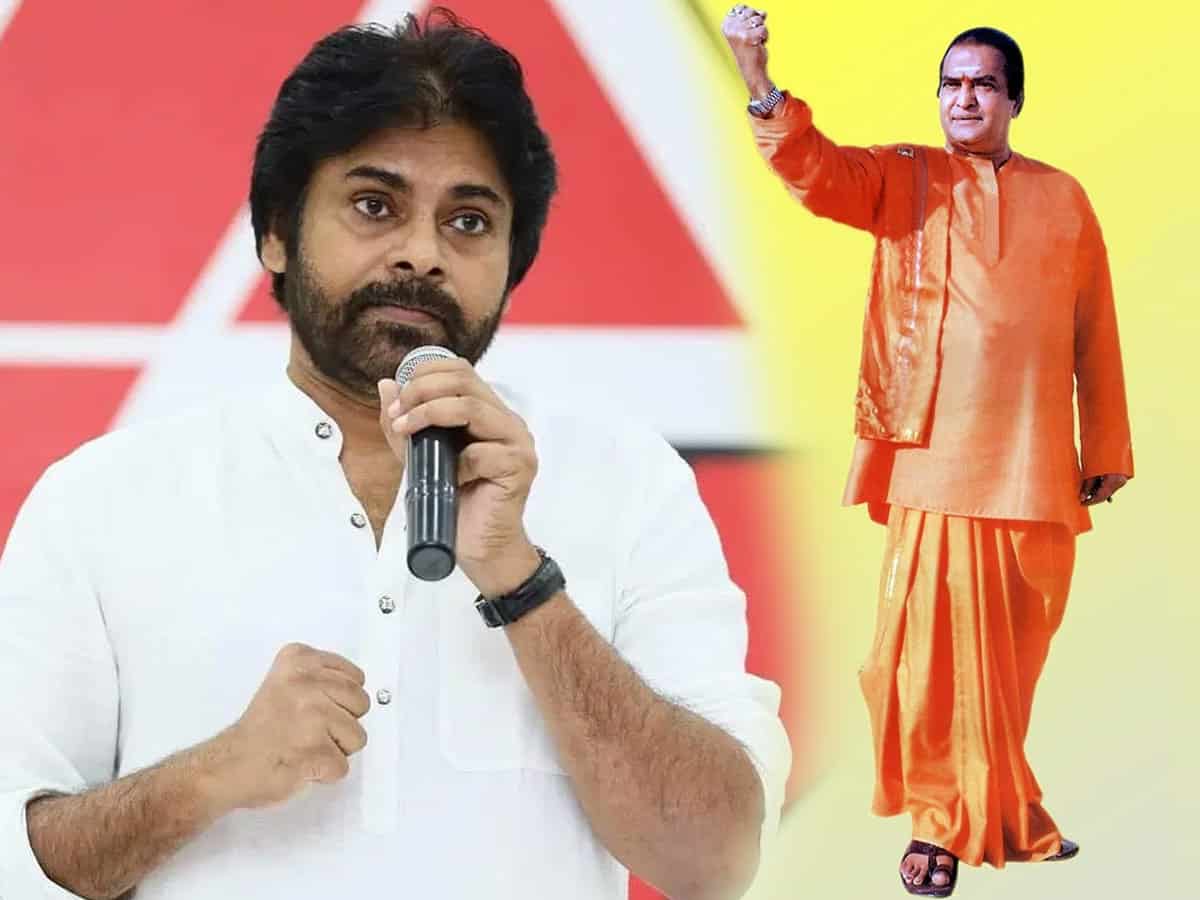 Jana Sena chief Pawan Kalyan met the residents of Ippatam village who have lost their homes in the road widening demolition drive by the YCP government. Pawan handed over Rs 1 Lakh to the victims and addressed the gathering held at Jana Sena party office in Mangalagiri. On this occasion, Pawan said good words about the late NTR.

“Sometime in 2002 I met Gaddar and he told me about the late NTR. People of erstwhile AP were skeptical about NTR coming to politics but he provided rice at Rs 2 per kilo in TDP government. People of Telangana especially the women from this region have a place for NTR in their hearts because he provided rice for a cheaper price. Until NTR’s arrival, rice was less consumed in Telangana and they used to cook rice during the festival occasions. Such was the impact of NTR,” stated Pawan.

However Pawan said that he was deeply hurt by the demolition of homes. “The person behind this whole episode is Advisor to CM Jagan, Sajjala Rama Krishna Reddy who is the de facto Chief Minister of AP. Just like how villagers’ homes were demolished in Ippatam, after 2024, YCP leaders’ homes will also be brought down,” warned Pawan Kalyan.

Reacting to the ‘Rowdy Sena’ remark by CM Jagan, Pawan cited the Kodi Katthi case. “The YCP backs those who killed YS Vivekananda Reddy. I will leave it to their imagination who are the rowdies. Jana Sena is Viplava (Revolutionary) Sena and we know how to dethrone this government,” added Pawan Kalyan.

Taking a swipe at Jagan and YCP leaders, Pawan stated that every time a YCP leader goes to Delhi, they complain against me with PM Modi or other BJP leaders. “I met PM Modi four times but I always spoke about the country’s integration and society whereas these YCP leaders lodge complaints against me. I don’t need PM Modi and BJP’s support to do politics and I’m very much capable of doing,” quoted Pawan.

Yet again Pawan’s speech was packed with bullets fully aimed at the YCP government. But his words about NTR are something to be noted. NTR is a great actor and politician and none can reach him.