Big Drama: YS Sharmila Along With Car Pulled Over By Cops 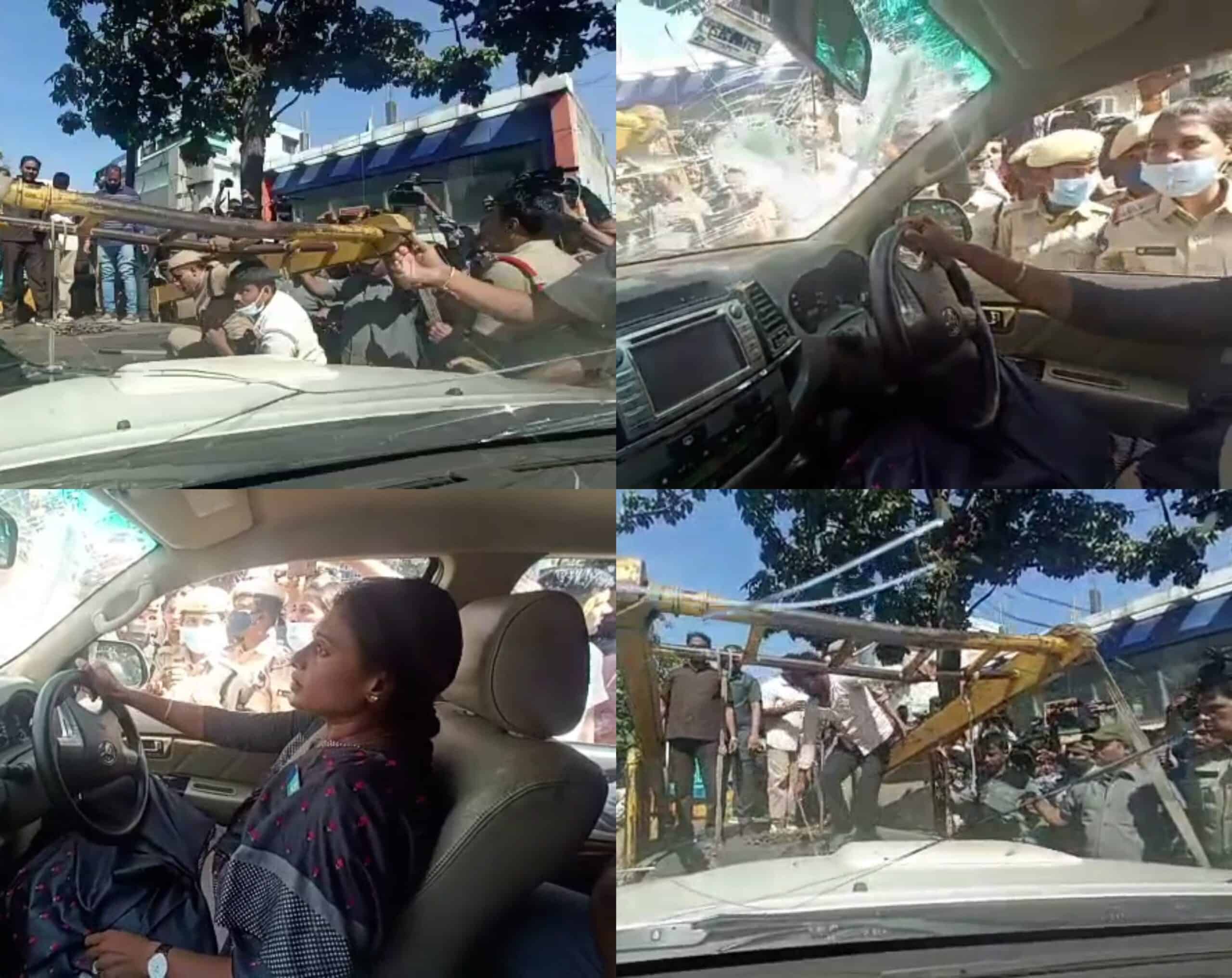 Huge drama unfolded on Tuesday as YS Sharmila attempted to enter CM KCR’s Pragathi Bhavan, the official residence and workplace. Sharmila’s bus was damaged yesterday by some TRS leaders. Her car windshield was also attacked by some local TRS leaders.

Reacting on the same, Sharmila drove the damaged car on her own from Lotus Pond and attempted to enter Pragathi Bhavan. The bus that was damaged yesterday was following Sharmila’s car.