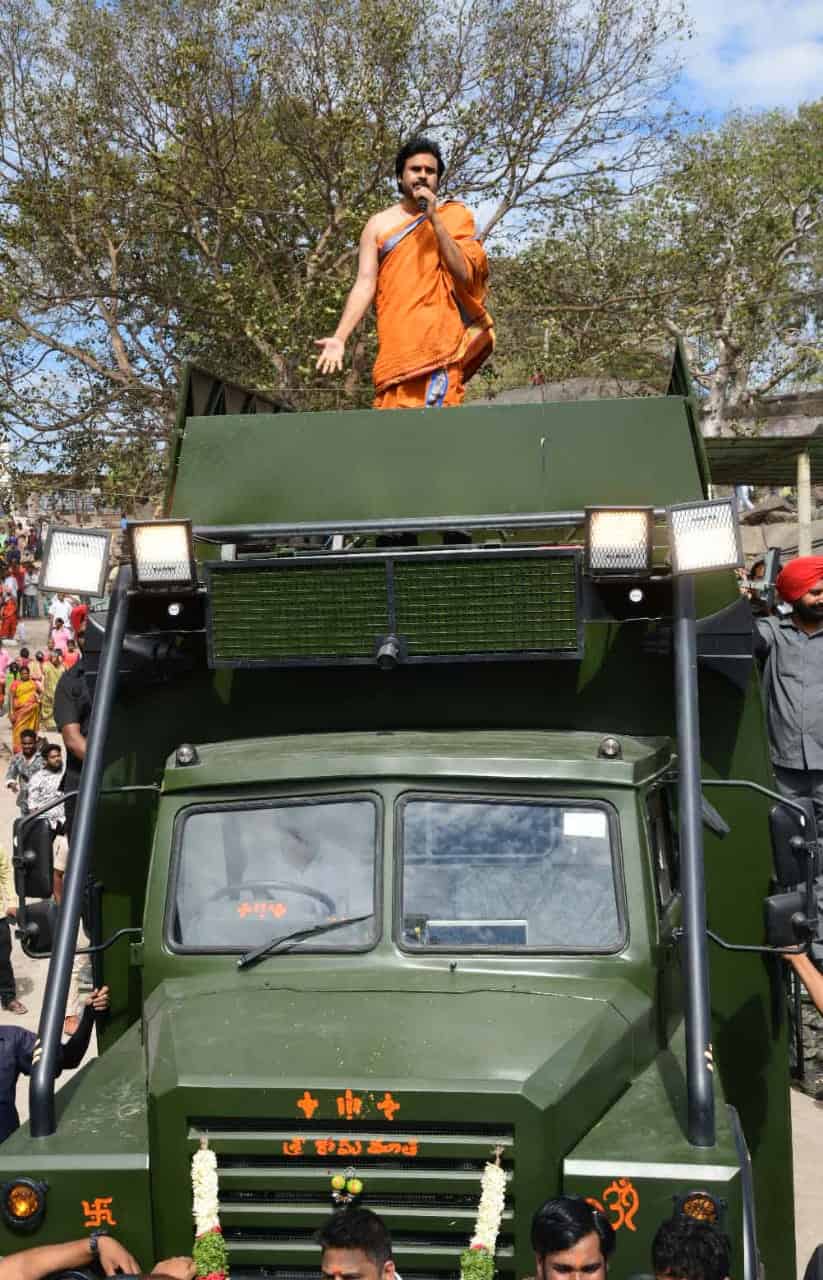 A lot has been discussed and debated about political alliances related to Andhra Pradesh state. For now Jana Sena is in alliance with the BJP but there are widespread speculations that Jana Sena and TDP may reunite and BJP joining the two is skeptical.

Jana Sena chief Pawan Kalyan opened up on political alliance yet again and he was cryptic in nature. He was at Kondagattu on Tuesday for special prayers and Vahana (vehicle) pooja for his Varahi (campaign vehicle).

“My party is in alliance with the BJP for now. If BJP wants to break the ties, we shall think of new allies and even if that doesn’t happen, we will contest all alone in 2024. The combination (TDP – BJP – Jana Sena) will be decided by time as of now nothing can be said and done. Only during the elections, we will think of a political alliance,” said Pawan Kalyan.

There is a lot of uncertainty in Pawan Kalyan’s words and yes time will decide his partners. On the contrary, BJP is not showing any interest to reunite with Telugu Desam due to reasons best known to them. AP BJP leader GVL categorically stated that there are no forced alliances and if two political parties are bound to share a common platform, it would happen inevitably.