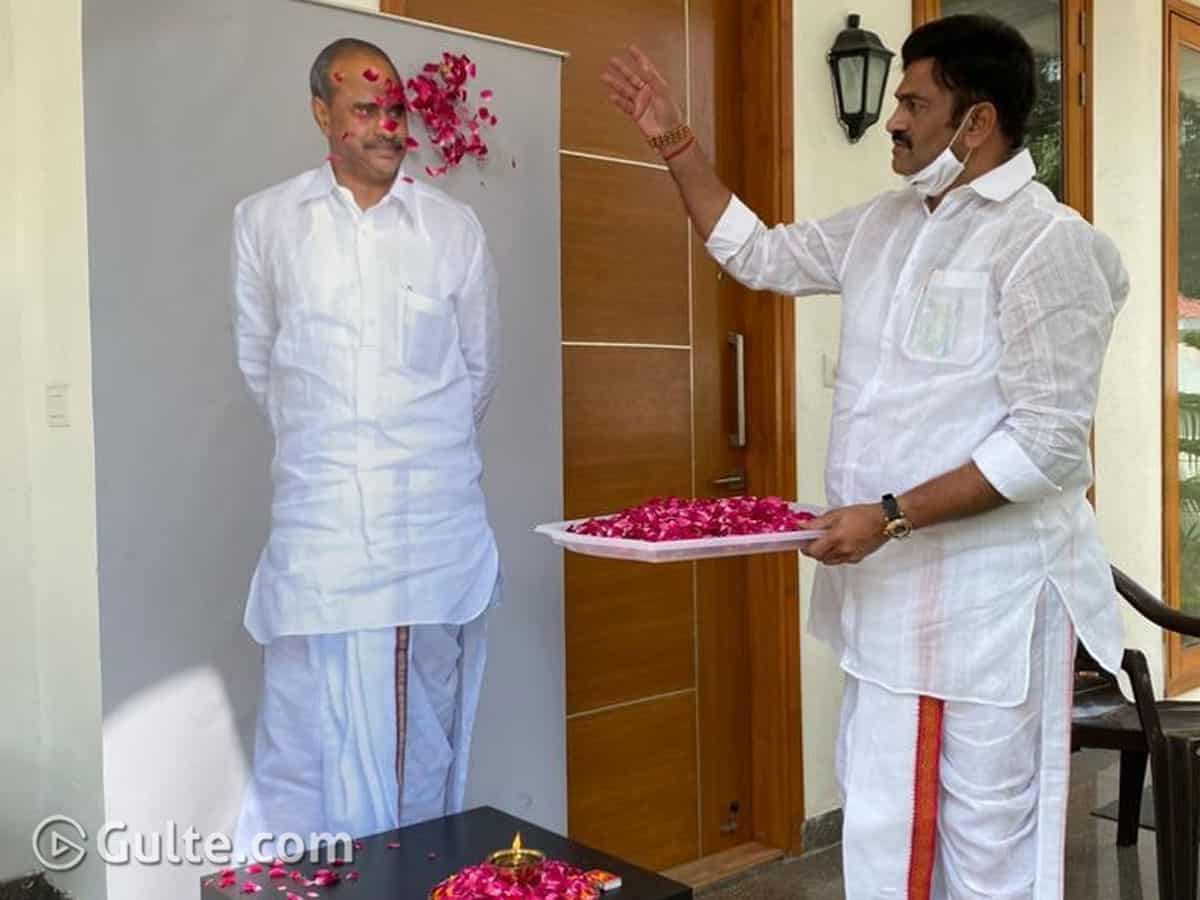 The MP remembered YSR fondly on the latter’s death anniversary on Wednesday. He said that YSR had immense respect towards TDP president and Opposition leader N. Chandrababu Naidu.

Speaking to mediapersons at his residence in New Delhi after paying tributes to YSR’s portrait, the MP recollected many memories. “Once, there was a cartoon on Chandrababu Naidu in a newspaper and when I showed it to him, he became serious and flung the newspaper away saying it was not in a good taste. Further, he said that it was not fair to criticise Chandrababu Naidu as he had discharged duties as the CM for many years. He said we should have respect towards Chandrababu Naidu.”

Krishnam Raju said that he was taken aback by the virtue and poise of YSR in respecting his rival. “Aayana samskaraniki manassulone namaskaram pettanu,” he said and added that by respecting other people, YSR has grown into a legend. “It is because of his greatness as a human being that people are now competing with each other to tie YSR flexis or celebrate his birth anniversary,” the MP pointed out.

“People are taking pride in owning YSR as their mentor because of his humility. Even the Opposition leaders liked YSR a lot for the warmth with which he received people. CPI Narayana also likes YSR personally,” Raju revealed.

The YCP rebel MP also said the YSR never tagged any of the welfare schemes he introduced with his name. He tagged the schemes with Rajiv Gandhi or Nehru names.

He said that YSR did not belong to CM Jagan alone but that he was a man of the public. “YSR took up a padayatra and got connected to the people. Even after becoming the CM, he did not lose the rapport with them. He used to allocate one hour of his valuable time for the people and one hour for the people’s representatives every day and listen to their grievances and concerns. During this time, he met public representatives not just from the Congress but also other parties. He maintained a good relation with the people and their representatives.”

Further, he said that every politician can learn a lot from YSR. “Through his selfless services, YSR has become a great leader and continues to live in the hearts of the people even after his death. In Telugu states, TDP founder-president NTR and YSR are the only two leaders who are ‘chiranjeevulu’ (who do not have death at all) and in Tamil Nadu, M.G. Ramachandran is another leader of the same stature.”

Heaping encomiums on the late Congress leader, Krishnam Raju said that YSR used to call every one by name despite thousands of people meeting him every day. “Even if he forgot the name of the person opposite him, he used to find the name from others nearby taking care not to be noticed and then call the specific person by name and greet him.”