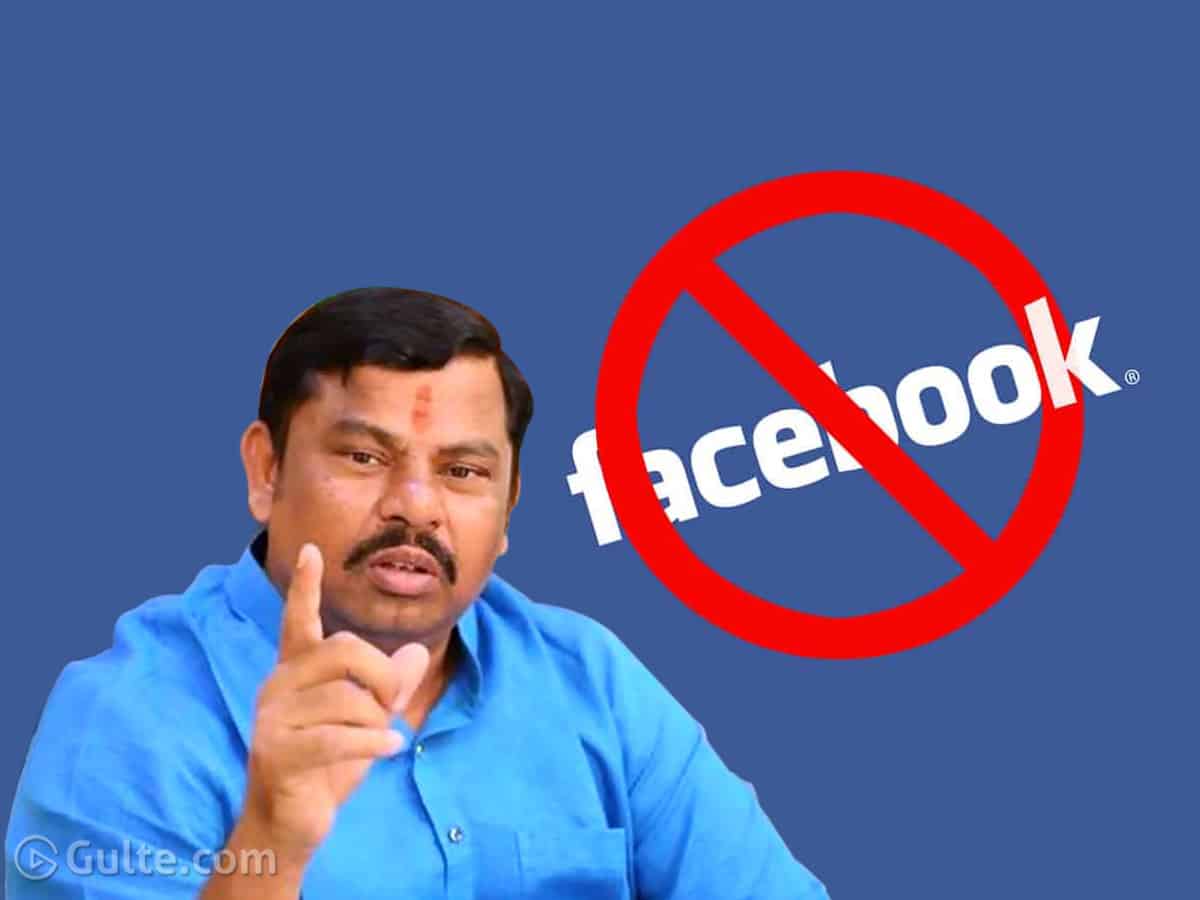 Goshamahal BJP MLA T. Raja Singh has been banned by Facebook for violating the rules laid down by the social media platform in connection with controversial remarks and hate speech.

Facebook representative said that the MLA has been banned from using their social media platform for ignoring their policy and for posting content promoting hate and violence.

Facebook’s action against the Telangana BJP MLA comes at a time when it is facing growing political pressure in India over its handling of extremist content.

It has banned Raja Singh, a BJP leader at the core of allegations that the social media giant was not applying hate speech rules on members of the ruling BJP.

It is learnt that the politician has been listed under Facebook’s “dangerous individuals and organisations policy” and will not be allowed to maintain a presence on the platform going forward.

As part of the process, the BJP MLA will not be allowed on Facebook or its photo and video-sharing platform Instagram. The company will also remove Pages, Groups and accounts set up to represent him. However, it will continue to allow wider discussion of him, including praise and support.

Last month, Raja Singh had claimed in a video on Twitter that he does not have any official Facebook page. “I came to know many FB pages are using my name. Let me clarify I am not having any official page on FB and I am not responsible for any of their posts,” he said.

Mr Singh had also disowned communally-loaded posts and claimed that his official Facebook account was “hacked and blocked in 2018”.

In the video that he posted posted on Twitter on August 16, Singh said he was being projected in such a way that he was the most dangerous in the entire world, when he says something on social media. He claimed that he had one official YouTube account and one official Twitter account.