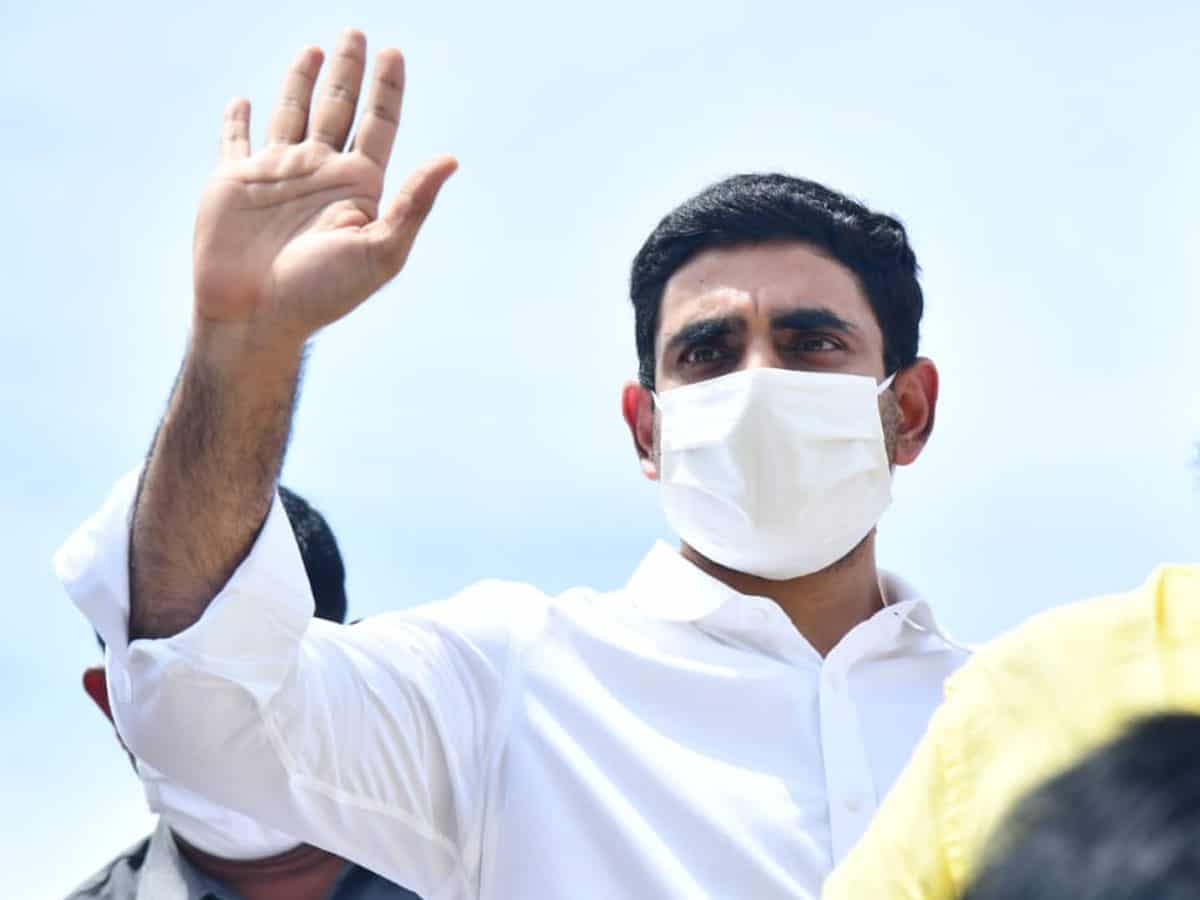 The attacks on Dalits and religious places of worship have increased but the Chief Minister and the ministers seem to be least bothered about those issues, Lokesh criticised.

On the gutting of the ancient wooden chariot of Lakshmi Narasimha Swamy temple in Antarvedi, Lokesh said that repeated incidents cannot be considered as accidental. “One such incident occurred at the Prasanna Venkateswara Swamy temple in Nellore. Now, we have a similar incident occurring in Antarvedi. Can repeated incidents be considered as accidental,” he questioned.

He termed endowments minister Vellampalli Srinivas as “chetakani mantri” and faulted him for charging the TDP with inciting people over the Antarvedi incident. “If the minister has the guts and commitment, he should take action and ensure that such incidents do not recur. Instead, he is targeting us and saying that we are politicising the issue. When idols are getting burnt in temples, is the minister watching TV at his house,” the TDP leader asked.

Lokesh slammed the YCP leaders for faulting the TDP leaders whenever they questioned the government on the polices or decisions. “They say we are politicising issues. In fact, being the main Opposition in the state, we have every right to question the government. People have given us the right and why are the YCP leaders shirking from answering us,” he questioned.

Minister Kodali Nani told that he suggested to the CM to rip off Amaravati as the legislative capital. When Nani is being questioned about the same, he is reportedly abusing the people.

The TDP leader said that it was not fair part on the part of the YCP leaders to abuse farmers, women and elected representatives in whatever language they wanted to do so.

He advised the mediapersons to observe one fact keenly. “The YCP leaders make a mention of Chandrababu Naidu in their speeches a thousand times but not that of their leader Y.S. Jagan Mohan Reddy as many times,” he pointed out.

Lokesh demanded that a CBI inquiry be ordered into the Antarvedi temple fire mishap.

Lokesh also demanded that those who forced Dalit youth Om Pratap to end his life in Chittoor district should be nabbed. The TDP leaders alleged that YCP leaders’ harassment drove the youth to take the extreme step. “When we speak of a CBI inquiry into such incidents involving YCP men, they say we are politicising issues.”