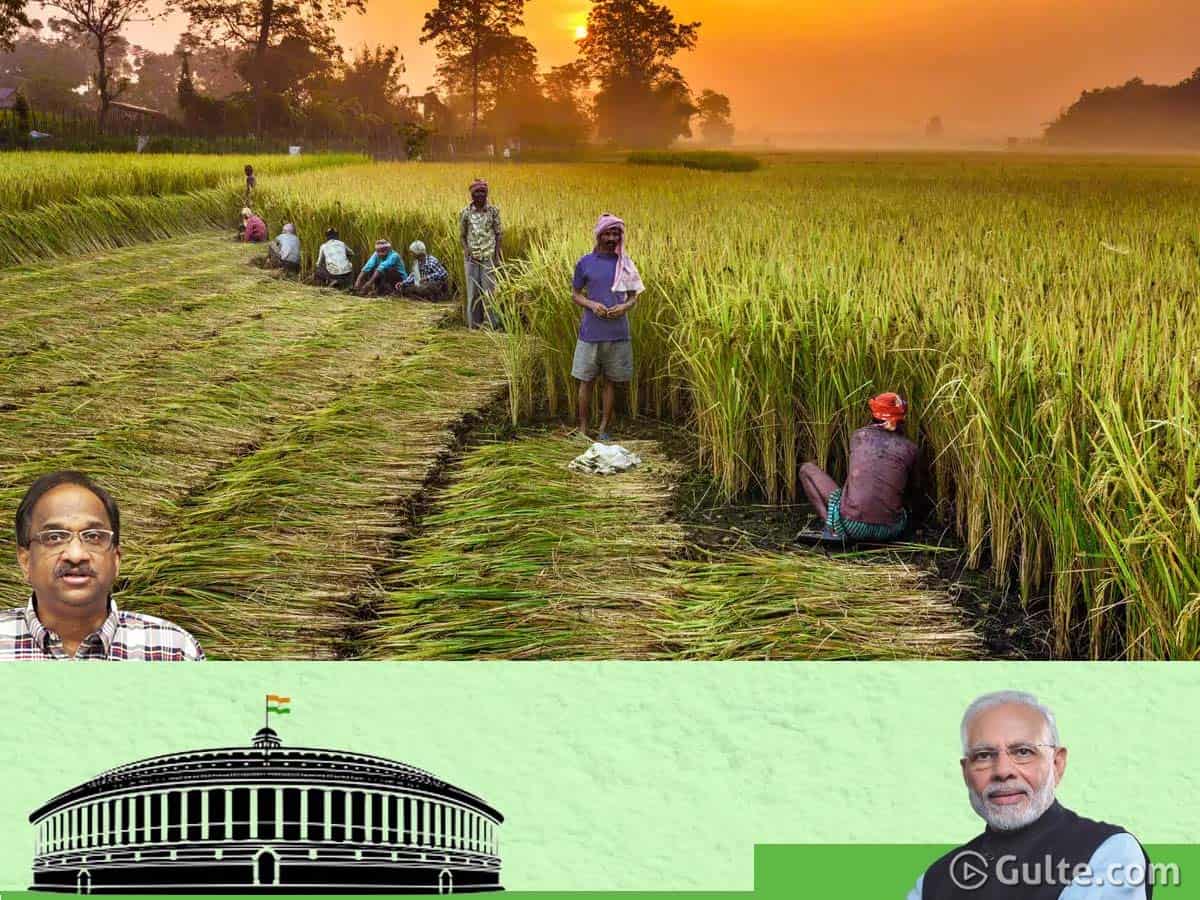 Two of the three agriculture-related legislations of the Narendra Modi government, aimed at liberalizing the farm sector, were passed by the Rajya Sabha. These bills include the Farmers’ Produce Trade and Commerce(Promotion and Facilitation) Bill,2020, and Farmers(Empowerment and Protection) Agreement of Price Assurance and Farm Services Bill,2020, which were earlier passed by Lok Sabha.

The first act allows the farmers and purchasing companies the freedom to trade with each other without any interference from the government. It implies that the companies shall purchase agricultural produce from farmers outside the registered mandis. The present system of the agricultural markets indeed has several flaws. Only less than half of the crops are sold in agriculture market yards. Poor facilities, including inadequate storage space, collusion between market officials and traders, etc, plague the system.

Instead of improving it, the government, through this act, deregulates the agricultural trade. There will not be any government regulation exposing farmers to the rapacious trade practices of big Agri cartels.

The government would gradually phase out Minimum Support Price(MSP), invoking free-market logic. Farmers will be vulnerable to the high amplitude of price fluctuation, as seen in the international market, with the disappearance of government procurement by providing MSP. In a bid to appease farmers, Prime Minister assures that MSP will remain. But, when agricultural trade shifts to private mandis set up by companies, where is the question of government procurement at MSP, even if such a system is at a place. How can any anyone believe PM’s assurance when states are denied GST compensation despite legislation to this effect? The new act does not mention a guarantee to MSP.

Once public procurement is given up, the supply of food grains through the public distribution system would vanish. This is precisely what the WTO regime wants India to implement. India has been resisting this so far.

Thus, the new act endangers income security for the farmers and food security to the consumers. But, an income assurance to global and Indian Agri cartels.

The second act empowers farmers to engage with agri-business firms, processors, wholesalers, exporters, or large retailers for farm services and future farming produce at mutually agreed terms. This essentially means private companies will take lands on lease. They will resort to unsustainable cultivation practices by companies to maximize profits.

In a country where 86 percent of farmers are small and marginal owning less than five acres, any trade bargain with Agri cartels is bound to be unequal and unjust, especially in a deregulated and liberalized environment.

Why are corporates interested in agricultural trade? Food trade constitutes 32 percent of India’s total trade and commerce. The total volume of the food market is estimated to be over Rs.60 lakh crores. Large population size, younger demographic profile and economic growth would result in further expansion of food market in India.

Precisely, this is the context in which these acts aimed at liberalization of agricultural markets are legislated. These are camouflaged as legislations that usher in freedom for farmers. But in reality, the corporates will now be free to buy, stock, sell the agriculture produce anywhere in the country at a price determined by them.