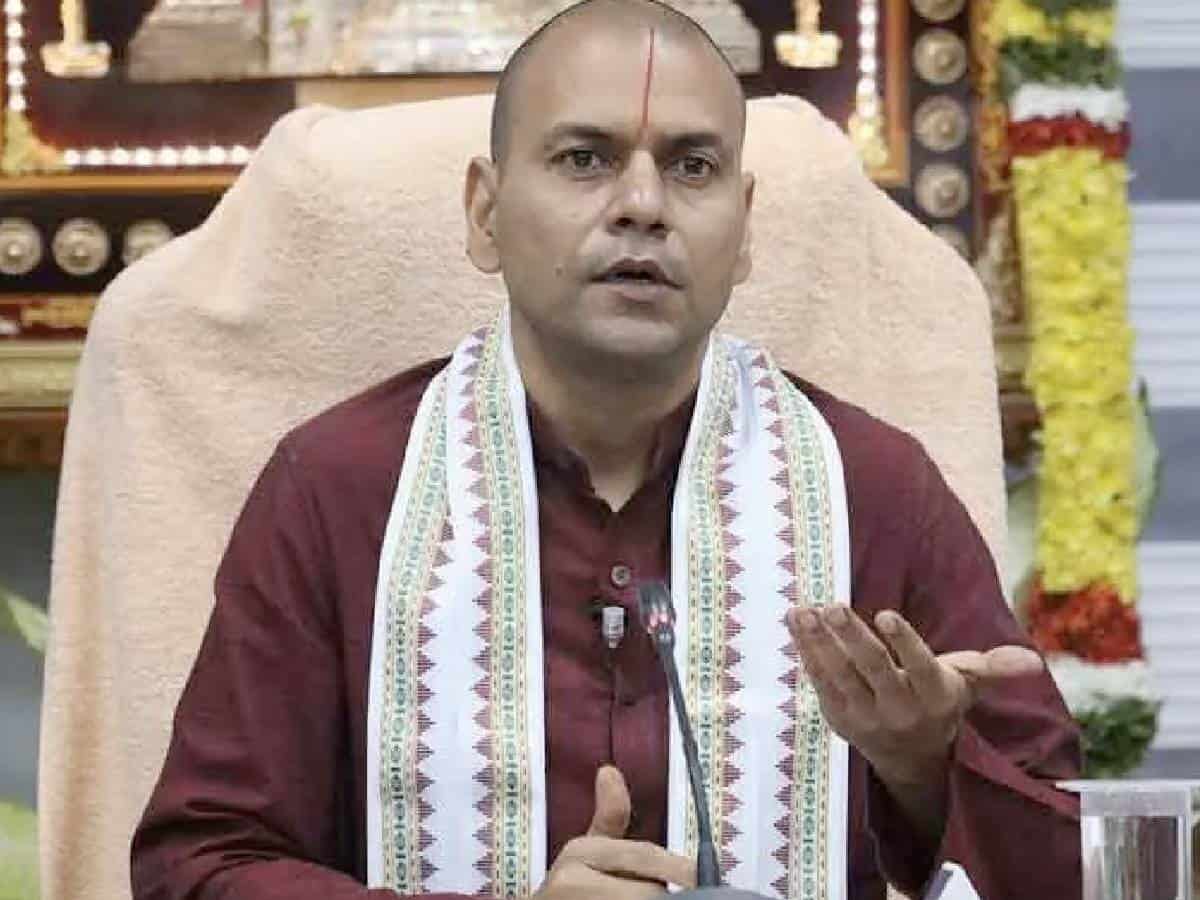 The sudden and overnight transfer of Tirupati Temple’s Executive Officer (EO) Anil Kumar Singhal has courted a controversy. Replacing him is KS Jawar Reddy who was serving as the special Chief Secretary at Health, Medical and Family Welfare department.

Anil’s transfer by AP state government comes in the wake of recent controversy about Tirumala declaration. Also, a few state ministers who participated in Tirumala Brahmotsavam have tested positive. However, inside buzz is that there are several reasons behind Anil Singha’s overnight transfer.

Anil Singhal was originally appointed by TDP-BJP combine in 2017. Although he has North roots, Anil is said to have good contacts with BJP’s senior leaders which helped him get the TTD EO post. However, even after coming to power, YSRCP has continued Anil as the EO given their equation with BJP at central level.

But of late, BJP-YCP relations at the state-level have severed. BJP leaders cornering YSRCP government over Antarvedi Chariot burning incident, Tirumala declaration incident, supporting Raghurama Krishna Raju have all irked Jagan’s administration. In addition to these, there were rumours among YSRCP leaders that Anil could be sharing inside details of Tirumala to BJP leaders.

Meanwhile, major rumour that is doing the rounds in AP is that Singhal wasn’t keen on lending TTD’s money to AP government. It is buzzed that AP government wants to take loan from TTD from its donations from devotees. Apparently, TTD got about Rs 12,000 crore through donations from Balaji’s devotees.

The deposits are currently with some nationalised banks which are giving decent rate of interest. The AP government is reportedly keen to pay 0.5 percent higher rate of interest than banks and wants to take these deposits. Apparently, TTD chairman YV Subba Reddy was in favour of this. Whereas, former EO Anil Singhal was said to be against this. This could be a speculated reason for Singhal’s transfer.

Talk is that YSRCP has appointed Jawahar Reddy as the new EO of TTD reportedly keeping in view about the TTD’s deposits. While it’s not clear how true these rumours are, certainly, the move to transfer Anil Singhal will certainly irk BJP leaders. Also, TDP and Janasena are going to make their strong protest over the state government’s moves in Tirumala. All eyes are now on Tirumala.