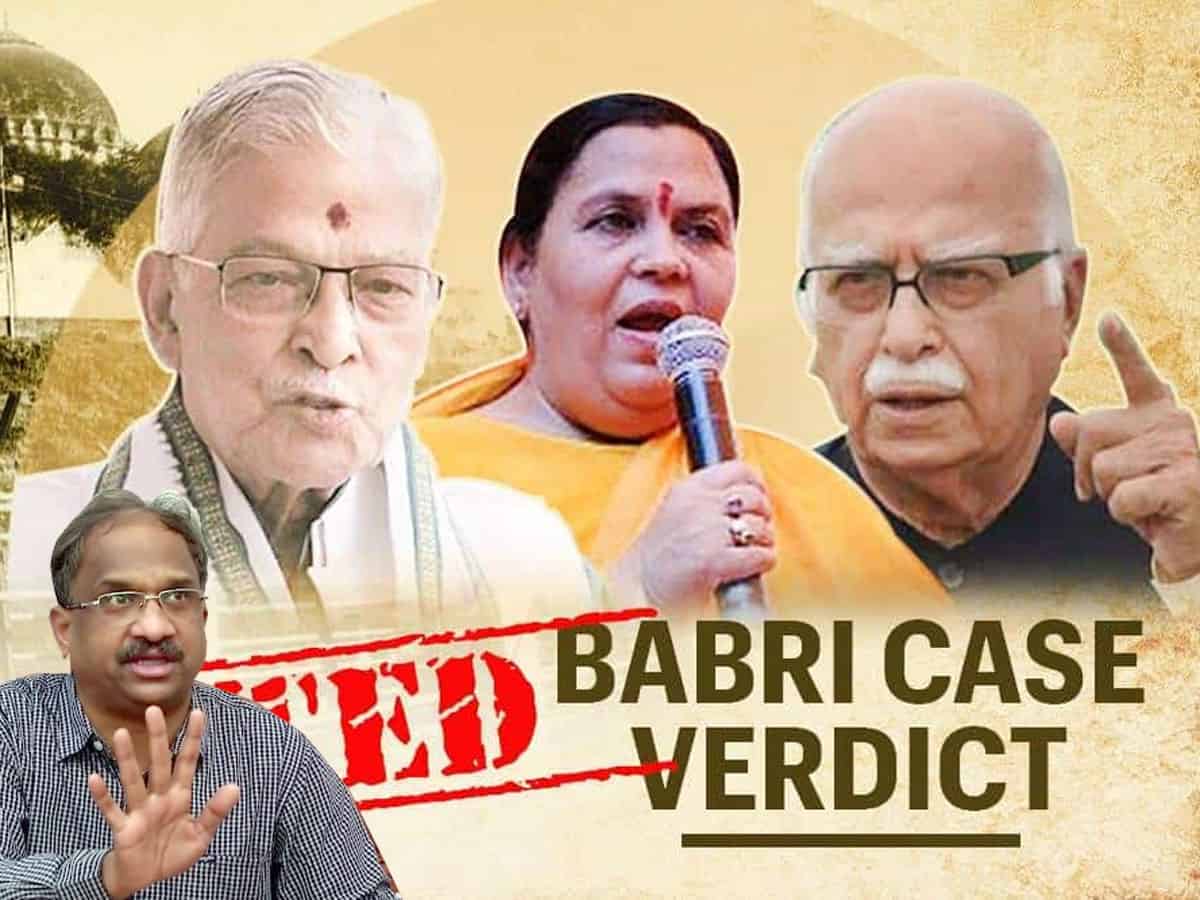 The Supreme Court, in its Ayodhya judgment on November 8, last year, had called the demolition of Babri Masjid an egregious violation of the law. The verdict of the Special CBI Court at Lucknow has acquitted all 32 accused in the demolition case. This amounts to a travesty of justice.

The judgment has come 28 years after the ghastly incident and raises fundamental questions on the rule of law in a democratic India.

The perpetrators of the crime publicly glorified not just the act but their participation in it. However, the court saw no planned conspiracy in the incident that has shaken the secular foundations of Indian republic. Instead, the court dismissed it as an act by anti-social elements. But, the court failed to identify those who mobilized the miscreants.

The judgment shattered the hopes of many who believed that the Constitution and the rule of law would be upheld if the criminal court punishes those who plotted the events of December 6, 1992.

The Supreme Court verdict on Ayodhya has handed over the empty site to those who wanted the mosque to be brought down. But, solace for the aggrieved was the apex court observation that the act of demolition was an ‘egregious violation of the rule of law’. The CBI special court verdict acquitting all the accused has choked the little hope the dissenters of the supreme court verdict had. Therefore, CBI special court verdict erodes the confidence of a community in the secular foundations of organs of the Indian state. Such alienation shall have far-reaching implications for the unity and integrity of the country.

More than a lakh volunteers stormed the disputed structure with crowbars, spades, hoes, and ropes, and every implement needed to bring down the structure. Yet, the CBI special court in all its wisdom felt that the demolition was not planned in advance. This sans commonsense. Therefore, the critics dismissed the court verdict as comedy, though such harsh language is unacceptable to preserve the dignity of the judiciary. It is difficult to prove a conspiracy angle as any such operation would be clandestine in nature. But precisely here, the judicial mind has to be applied to draw proper inferences from the circumstances prevailing at that point of time.

The protagonists of the movement who marched to the disputed place on that day have hurled open threats to the disputed structure. Besides, the political mobilization makes the purported intent of such a large gathering clear.

Specific instructions seem to have been given by the authorities concerned not to stop the kar sevaks from executing their plans. The complacency of the state administration, whose Chief Minister is one of the accused should have at least been questioned in case the court does not find anyone culpable.

The leaders present there were delivering provocative speeches infuriating the mobs. But the court surprisingly inferred that they were actually restraining the kar sevaks to prevent demolition.

The Liberhan commission that probed the events culminating in the demolition clearly established the conspiracy behind the entire episode. But the report of a committee established under the Commission of Inquiry act has limited purpose and the courts go by the evidence placed before it by the investigating agencies. In India, politics determine nature and course of the investigation, especially in such politically sensitive cases where the ruling dispensation has high stakes. The CBI’s failure to produce enough incriminating evidence only reveals premier agency’s reputation as ‘caged parrot’.

The intentions of the government will clearly be known by whether CBI appeals against the trial court judgment in the higher court and the manner in which it pursues the case further.