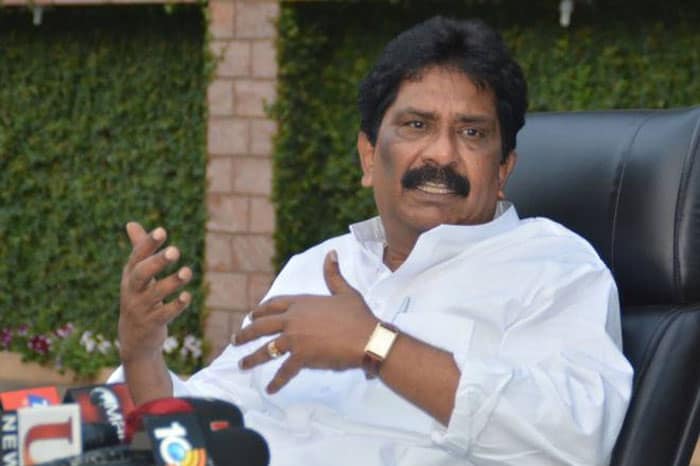 While the officials have claimed it as an “illegal construction”, Sabbam Hari denied it outrightly. Hari said he has all the documents and the property he owns from before he was becoming MP. Hari said he has only 3 properties and it is in public domain. Hari said along with this house, he said he has a property in Kapuluppada and another house in Madhurawada.

Hari questioned why he wasn’t served any prior notices. He asked how JCB was used to demolish the compound wall without any advance information. Sabbam Hari said the matter is very small and it doesn’t need a legal move.

Sabbam Hari said Jaganmohan Reddy himself had visited his house and sat on his lawn. He said Jagan is aware of him and his capacity. “I think Vijay Sai Reddy doesn’t know about me fully. I will show him what I’m. He wants to do dance in Visakhapatnam. I’ll stop his dance,” said Sabbam Hari. Meanwhile, TDP leaders allege Hari is being targeted for criticising the state government.