Operation AP Fishermen in Gujarat : Whose Credit Was It? 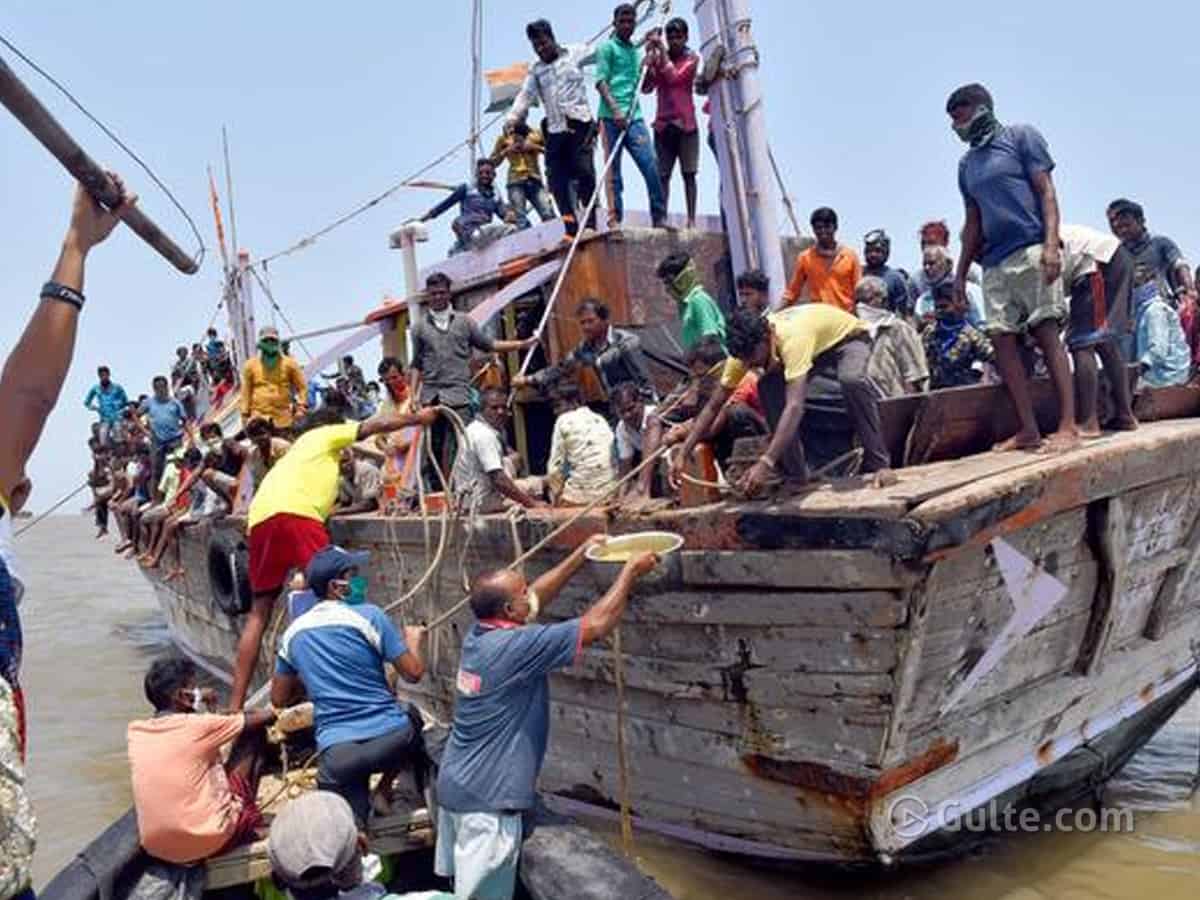 About 5000 fishermen (belonging to Andhra Pradesh), who were stranded in Gujarat owing to continuous lockdown and living in boats without proper shelter and food, are going to have huge sigh of relief finally since the efforts have become fruitful with the Gujarat CM agreeing to sail AP fishermen back to Vizag through sea.

But unfortunately, this largely became a political tussle as major political parties are fighting over the credit. While initially, the plan was to send the stranded fishermen after May 3rd lockdown, but later the government has decided to send them back to safety at the earliest. The majority of stranded fishermen are from Srikakulam district of Andhra Pradesh whereas the rest are from the north coastal Andhra region.

The fishermen would be shifted to boats from Veraval on Friday and the boats are expected to reach Visakhapatnam on Sunday. AP state government had earlier supplied relief materials and some financial assistance to the stranded fishermen in Gujarat and proposed to shift them once the lockdown ends.

Opposition TDP claimed that their leader Chandrababu Naidu had written letter to Gujarat CM and convinced him to send the fishermen back to safety. All the three parties leaders are slugging it out to take the credit for bringing back the fishermen to AP. Well, whose credit was it? Is that really matters? After all, if fishermen arrives safe that is more than enough and who played the role behind is not so important. Isn’t it?