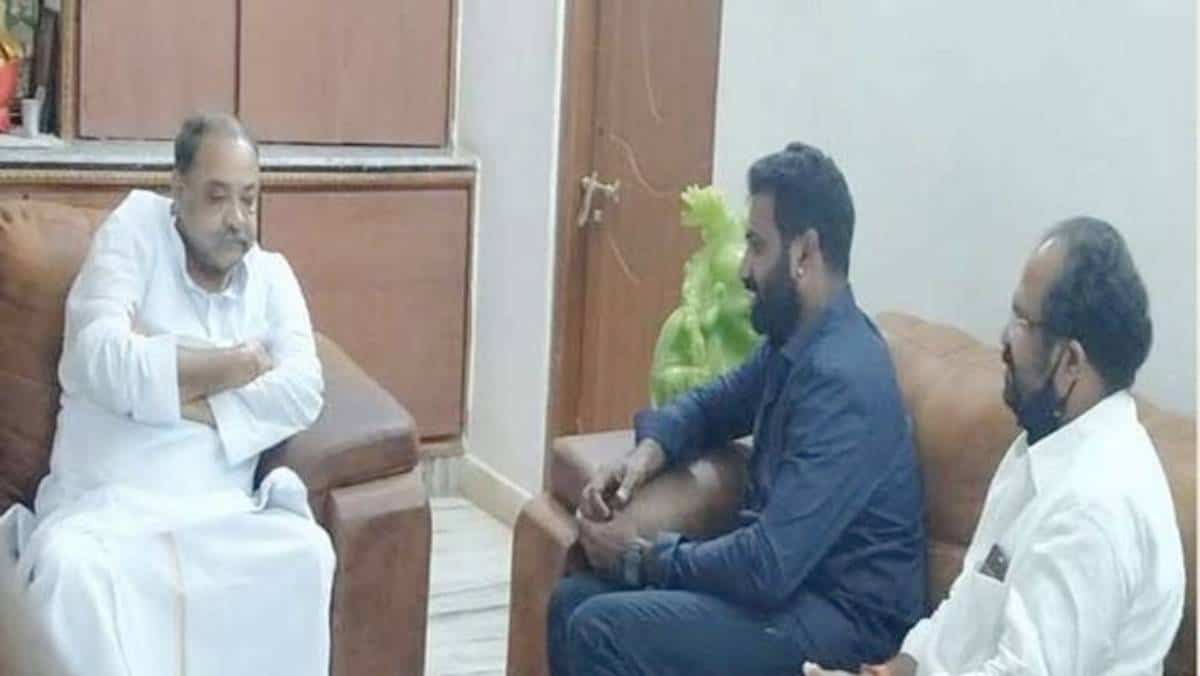 Film actor and Nandamuri scion Nandamuri Taraka Ratna has met YSRCP senior leader and MLC Gangula Prabhakar Reddy and MLA Gangula Bijendra Reddy. While Taraka Ratna was shooting for a film at Jammalamadugu, he met Gangula family along with YCP leader Giridhar Reddy. Taraka Ratna’s sudden visit to Gangula family and the meeting is raising eyebrows in political circles. Son of Mohana Krishna, Taraka Ratna seems to be getting close to YCP.

Ever since TDP went into hands of Chandrababu Naidu, there has been a strong disappointment among NTR’s family members. Apparently, NTR’s sons, daughters and grandsons and granddaughters have been sidelined in the party as the party is largely dominated by Chandrababu and son Lokesh. This is why even YSRCP is targeting NTR’s family to get into YCP fold.

Earlier, YCP had tried to rope in Hari Krishna and Jr NTR into the party. While Kodali Nani had joined YCP, there had been rumours of NTR and Hari Krishna switching the party. However, those remained rumours. But YSRCP has been keen on getting Nandamuri family into YCP. Even, Naidu’s sharp critic Lakshmi Parvathi has been with YCP.

Is Taraka Ratna has political plans? Is he moving close to YCP? If it is so, it will be a minor setback to TDP as Nandamuri family moving away from TDP would send wrong signals. Already, TDP is in its weakest phase. Only Balakrishna is sailing with Naidu right now.