Why Politburo For Balayya Now? 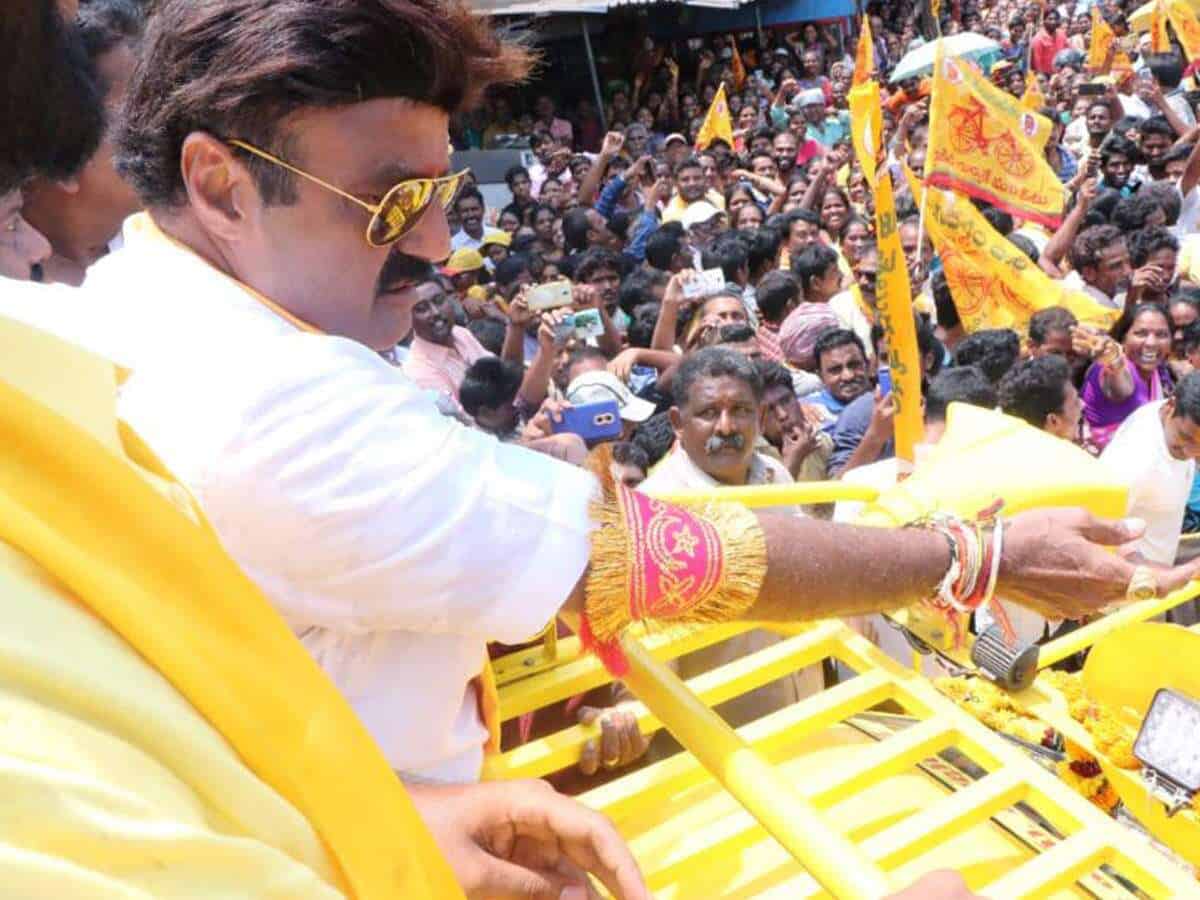 TDP chief Chandrababu Naidu has done a long exercise before announcing the new office bearers of the party for AP unit. While the BC leaders in the party have been given due significance in the posts announced, the list of new politburo members is interesting.

The addition to the list is Nandamuri Balakrishna’s name. Balayya’s entry into TDP politburo is an interesting development. He is replacing his brother and late actor Nandamuri Hari Krishna in the politburo.

Apparently, Naidu’s move is to strengthen the party and to attract Nandamuri fans towards the party. No doubt, Balayya has his fan base among people of all ages and all walks of life. He has a considerable following in Rayalaseema where his films run successfully and gets record revenues on the opening day. TDP has been the party with glamour and glitz. As the glam factor has been declining in the party over the few years, the party seems to be focusing on the glam element again.

At the same time, this will also strengthen the party among Nandamuri family. Of late, Nandamuri family is disappointed with Naidu. Already the likes of Purandeswari, Daggubati Venkateswara Rao have distanced from Naidu, leaders like Kodali Nani and Vallabhaneni Vamsi (follower of Paritala Ravi) have also announced fight against Chandrababu. Sensing danger in the future, Naidu seems to have invited his baava Balakrishna into politburo.

Naidu’s son and Balayya’s son-in-law Nara Lokesh is also in the politburo as an ex-officio member since he holds the post of party’s national general secretary. With this, three members of the family are in the party’s highest body and decision making body politburo.