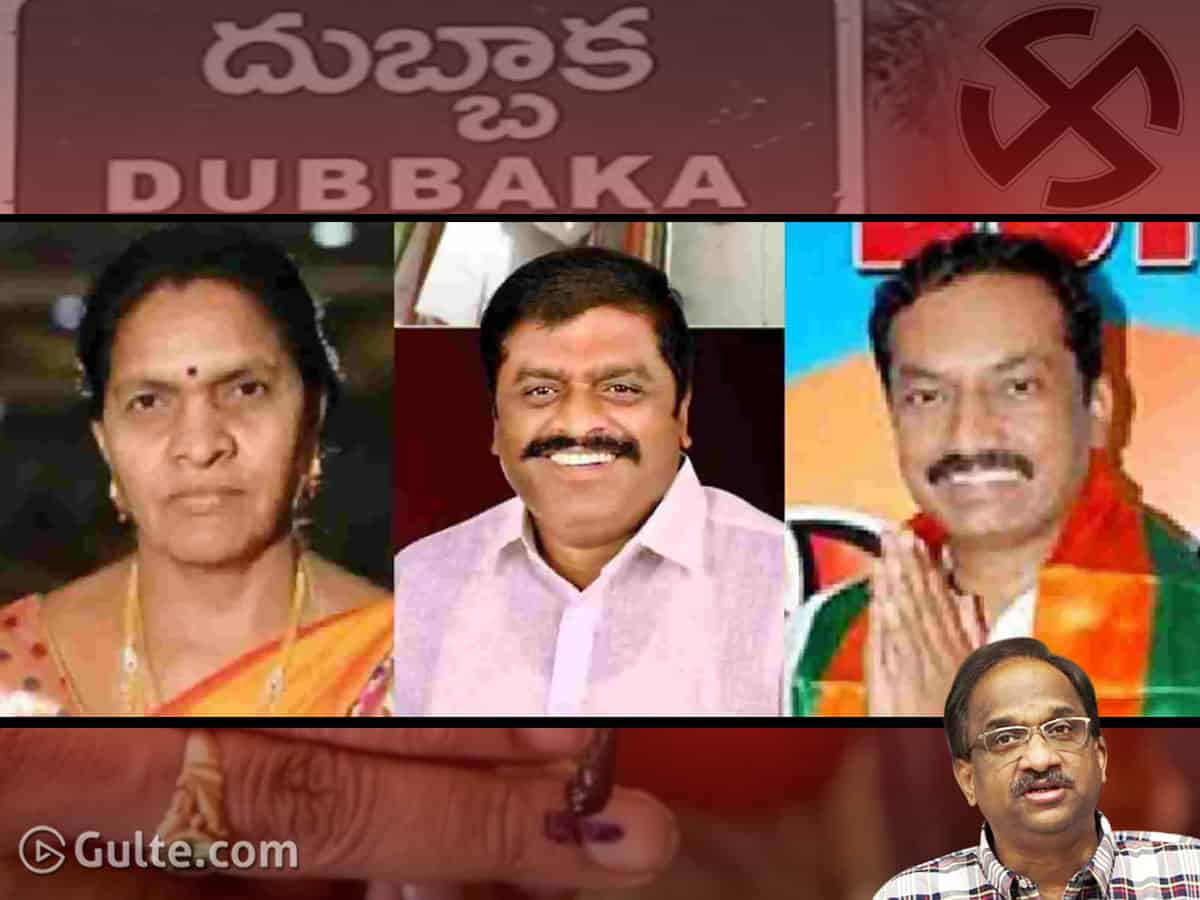 Never before in the recent past was a by-poll so prestigiously fought. It’s rather unusual to see Dubbak by-election hogging the political limelight in Telangana despite flood havoc in state. It’s not without reason that so much of heat and dust has been generated.

The opposition finds an opportunity in the growing discontent against the KCR government, at least in the vocal sections, notwithstanding the popularity of his government’s welfare schemes in the hinterland. The opposition made a similar hue and cry that such discontent will have its political expression during the Huzurnagar by-poll. The ruling party has not only wrested the seat from the Congress, but also the margin of victory was resounding. Still, the opposition deserves to be credited for waging a spirited battle. The Dubbak electorate, through their verdict will test the validity of the narrative that KCR is losing ground.

The Congress enthused by the defection of Cheruku Srinivas Reddy, is moving heaven and earth to prove its mettle. The party’s new state in-charge, Manickam Tagore, has won the first battle by motivating congress leadership folk to converge at Dubbak. The Congress seems to have been more bewildered by the perception the BJP has created. The saffron party expecting sympathy for its often defeated candidate, was early to strike on the electoral playground.

The Congress and the BJP seem to be keener on securing second place before biting the ruling TRS. Interestingly enough, the Dubbak battle is not just for the winner, but significantly for the runner too. Therefore, Dubbak is instead a pretest for 2023 showdown.

The more heat and dust in Dubbak is also due to its physical proximity to the state capital that will witness a mega electoral battle immediately after this by-poll. Political parties hope to reap the political dividend in Hyderabad from their electoral performance at Dubbak battlefield. Dubbak’s physical proximity with Chief Minister’s home constituency draws extra clout to it. Political circles, therefore, perceive it to be both a political and personal referendum on KCR. However, a by-poll does not necessarily mean anything conclusively for the general election mandate that too three years later in 2023.

The Dubbak by-poll is the first in this electoral season. It will be followed by GHMC polls and later elections in the two graduate constituencies in the legislative council that cover about 70 percent of the Telangana state. Therefore, the Dubbak by-poll result will have to be analyzed together with the other two electoral battles. Still, the three mandates put together need not establish anything decisively for the 2023 big fight.