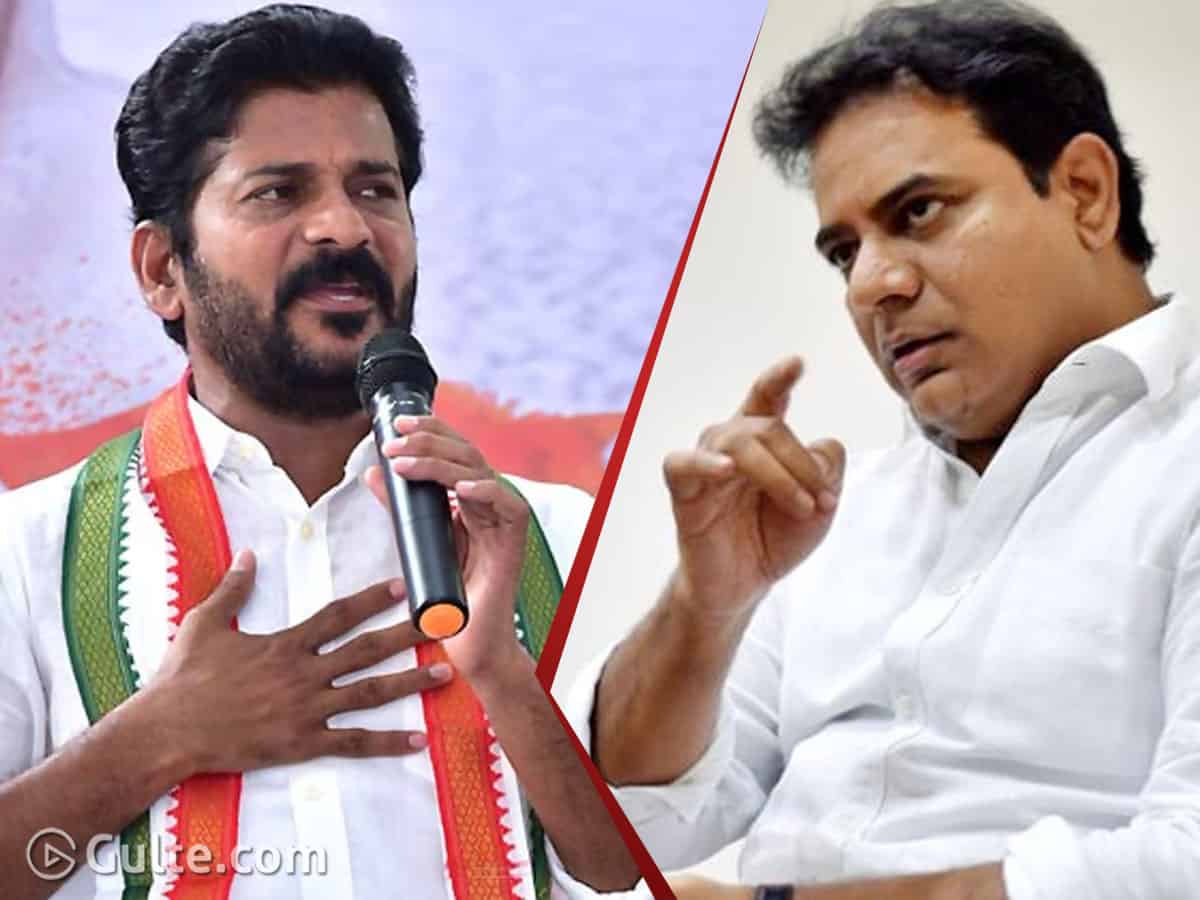 Malkajgiri MP Revanth Reddy leaves no opportunity to attack Telangana CM KCR and his son KTR. Whenever Revanth takes the mic, he makes some serious comments and simultaneously comes up with hilarious short stories on KCR. But the TRS boss and his son never react to Revanth’s comments so that it would give him unnecessary scope.

And here comes a first comment from KTR on Revanth. In a chit-chat with the media, KTR commented that in his view, Revanth is not at all a leader. “Once Revanth was in TDP, now he is Congress and very soon, he might join the BJP. People don’t bother about leaders who frequently change political parties,” said KTR.

Adding KTR also stated that many Telangana Congress leaders would soon quit the party and take up the saffron party.

Well probably for the first time KTR talked about Revanth and now let’s wait for the Malkajgiri MP’s reaction. We know Revanth would come up with a hard-hitting reply.