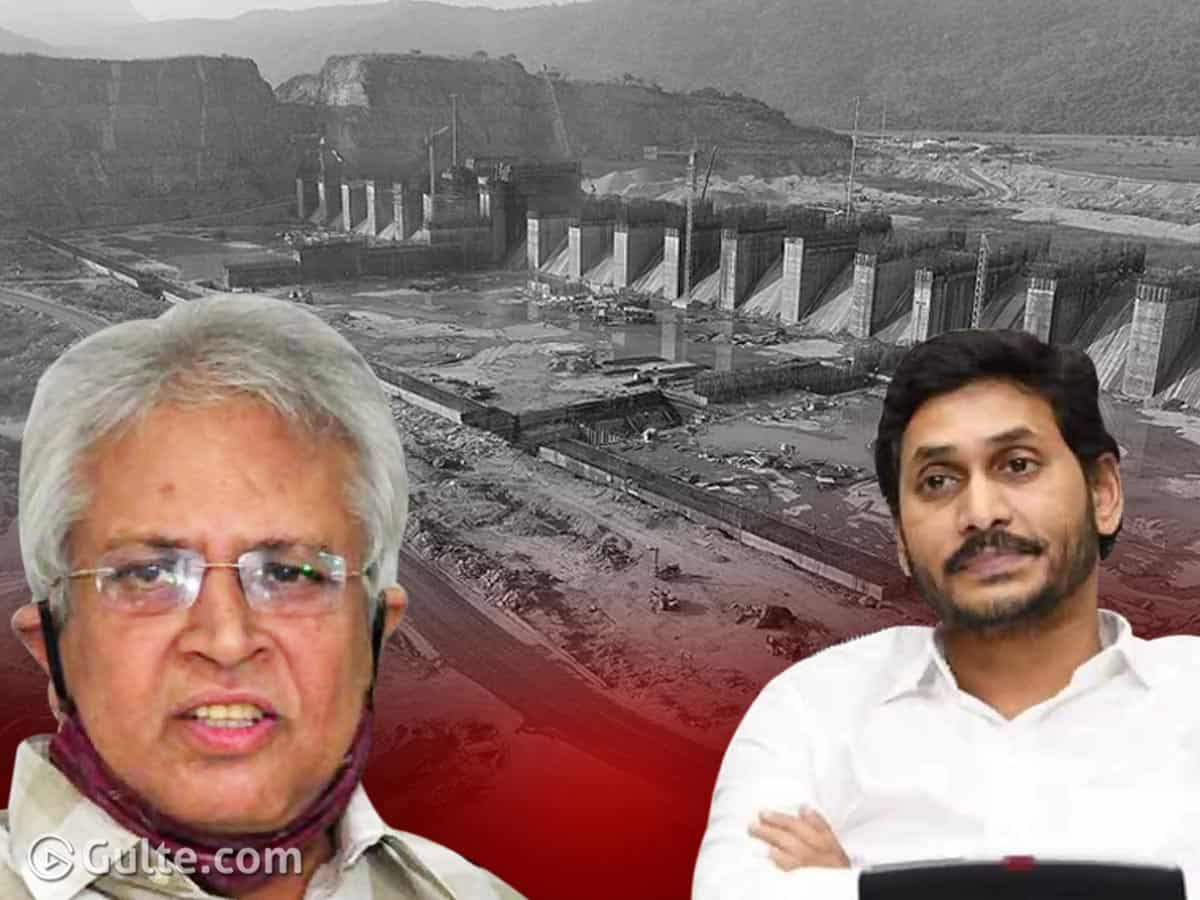 Former MP Undavalli Arun Kumar warned Andhra Pradesh Chief Minister Y.S. Jagan Mohan Reddy that his downfall will begin if he compromised on Polavaram project. What is the use of YCP government if it cannot ensure completion of the national project, he asked.

Being the son of former CM Y.S. Rajasekhara Reddy, it is not fair on the part of Jagan to compromise on the Polavaram project which is considered as the lifeline of Andhra Pradesh, the former MP said.

Addressing mediapersons in Rajamahendravaram, Undavalli advised Jagan to implead in the PIL pending in the Supreme Court seeking direction for the execution of the project completely by the Union government and exuded confidence that the verdict will definitely be in favour of the state government. “Be it Chandrababu or any other person at the helm of affairs, the verdict will certainly be in favour of the state,” he said.

He alleged that the BJP was trying to take undue advantage of the money-laundering and disproportionate assets cases filed against Jagan. “The BJP is trying to gain ground in AP by trying to weaken the YCP government. Please do not fall into its trap,” Undavalli told Jagan.

The former MP urged the CM not to bring in politics into the Polavaram issue. He told Jagan that all whatever he had earned was not a secret as he was declared the richest MP when YSR was in power. “You yourself declared that you possess Rs 400 crore in your affidavits. I do not know the ratio of black and white in it,” the former MP said.

He also said that the people were suspecting Jagan for not confronting with Prime Minister Modi on any issue but fuming at TDP chief and Opposition leader N. Chandrababu Naidu on even very petty issues.

Undavalli suggested that Jagan should at least ask for Rs 42,000 crore and not Rs 55,000 crore, the amount finalised by the technical committee of the project in 2017. He also faulted the BJP-led NDA government at the Centre for trying to wash off its hands from the responsibility of providing relief and rehabilitation package to the evacuees of the project. He said how could projects be built without reservoirs and land acquisition and rehabilitation of the evacuees are a part of the project, he pointed out.

“CM’s weakness is BJP’s strength in Andhra Pradesh,” he said.

Further, Undavalli also said that even if the verdict in connection with the cases was not in his favour, Jagan would not be sent to the jail immediately. “You can go to the High Court and ask for a bail. If people believe that you had been punished for their sake, then you can put any person in your seat and he will be the CM but you can administer the state from behind. By the time all your cases are resolved both in the High Court and the Supreme Court, you will grow old,” he said.

However, Polavaram will remain in the history. “Are you believing in the words of the Opposition party that you will soon be jailed,” he ridiculed.

Chandrababu had increased the extent of land acquisition from 95,000 acres to 1.75 lakh acres which automatically increased the rehabilitation expenditure too. LMC and RMC costs were also increased and the technical advisory committee agreed to the increased costs. The entire cost of the project should be borne by the central government, the former MP asserted.