Is Telangana Not Part Of India? 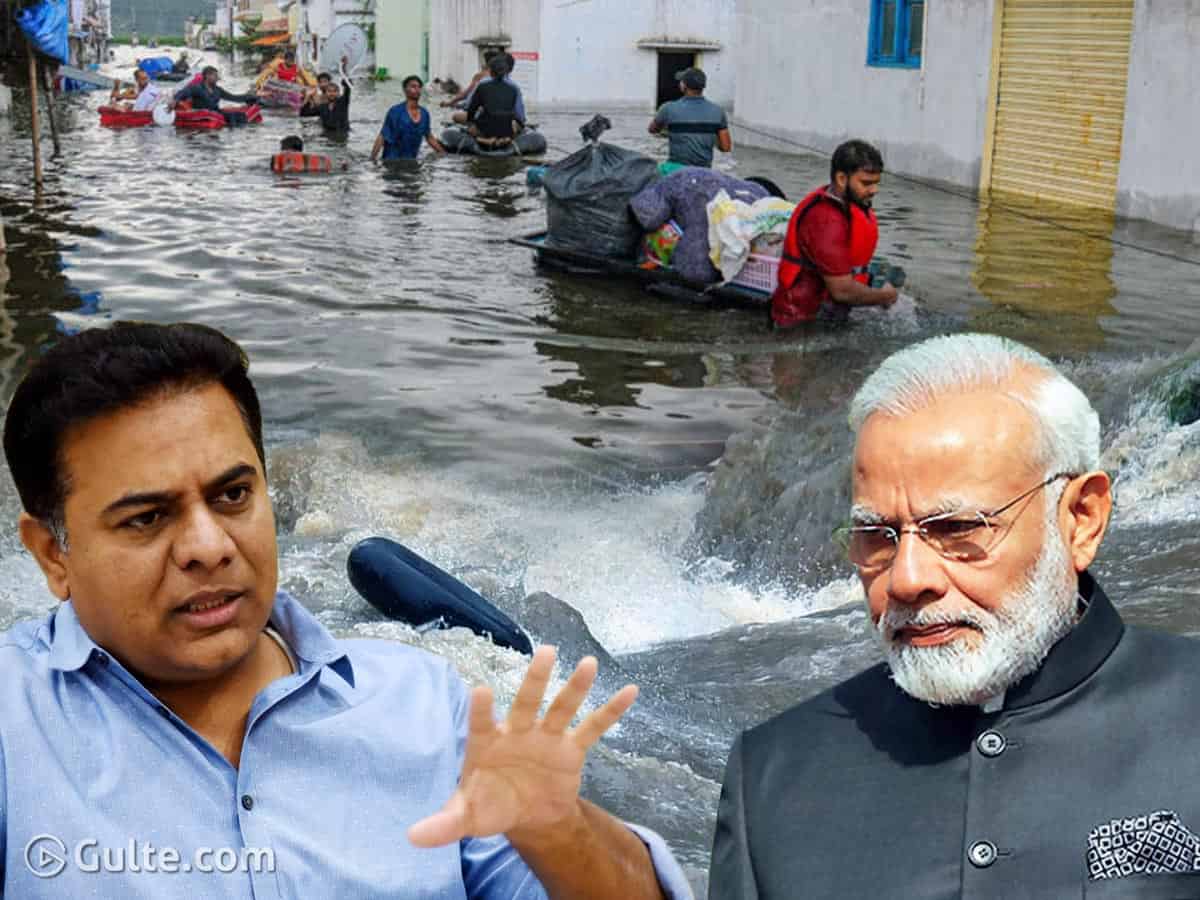 Minister and TRS working president KT Rama Rao alleged that the Centre was discriminating against Telangana in releasing flood relief. He said that Prime Minister Narendra Modi released Rs 500 crore for Gujarat and Rs 670 crore additional relief for Karantaka as soon as the states sought the aid. Even after the three weeks of Telangana Chief Minister K Chandrasekhar Rao wrote a letter to Modi seeking financial aid to mitigate the hardship of the flood-hit, there is no response from the Centre till now, KTR pointed out. KTR alleged that the BJP was acting in favour of BJP-ruled states but showing discrimination against non-BJP ruled states.

KTR said that the TRS government extended help to 4.30 lakh flood-hit families in the state. The Congress and BJP leaders were not visible lending help to the flood-hit but are good at criticising the TRS government, he pointed out and said that they do not have any right to criticise the Telangana government as they could not bring at least Re 1 towards relief to the flood-hit. “The leaders of both the parties are just interested in doing ‘burada rajakiyalu’ (murky politics),” he said.

Minister KTR added that Hyderabad got flooded only because of encroachment of nalas and reminded that the encroachment happened during the Congress rule.

“This year, Hyderabad received 1,200 mm rainfall like never before in history of the city. Hundreds of colonies were submerged and lakhs of people were affected,” he said and added that the TRS government had extended help to many of the flood-hit. Of the 4.3 lakh families given help, 3.8 lakh are in Hyderabad, he said.

The TRS working president said that a letter was written to the PM stating that loss of Rs 8,868 crore occurred in Telangana on October 15, 2020. “Is Telangana not a part of India? Does not the PM have the responsibility to respond to the disasters occurring in Telangana?”

KTR fumed at the BJP and said that 4 MPs of the party and a Union minister from the state cannot get at least Re 1 for Telangana when in need but keep raising slogans like “Mana Hyderabad-Mana BJP”. He said that the BJP’s leaders were the most irresponsible and inefficient.