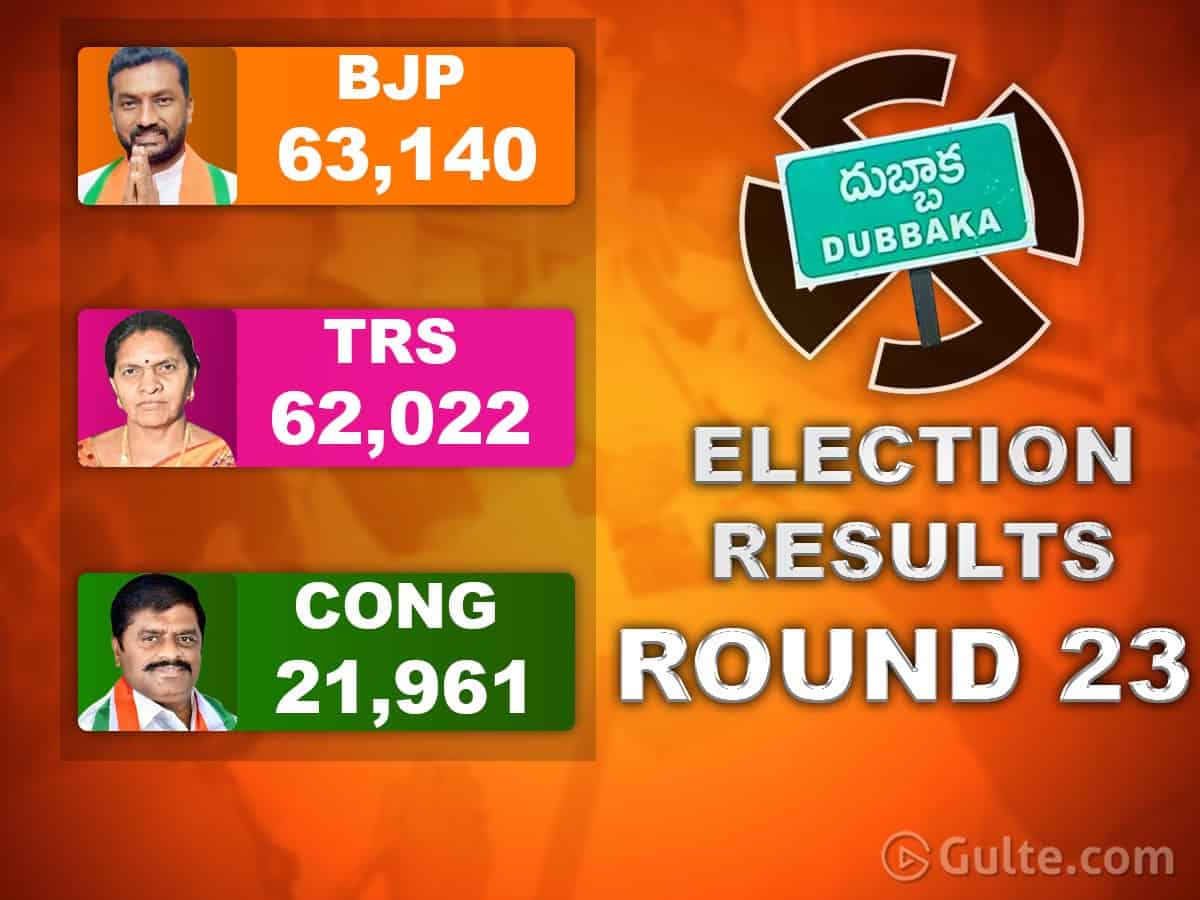 In a major blow to the ruling TRS, BJP has won the Dubbak by-election by 1118 votes. After 23 rounds of counting, BJP’s margin stood at 1118 votes against nearest rival TRS. The Election Commission has declared that BJP candidate Raghunandan Rao has won the election. Right from the counting, BJP has been leading. TRS candidate S Sujatha initially trailing gave a tough fight towards the end. However, BJP retained in the lead in the final rounds. Thus, it bagged the Dubbak giving a shock to ruling party.

In the first round taken up in Dubbak mandal, BJP’s Raghunandan Rao was in the lead with 341 votes against his rival and TRS candidate Solipeta Sujatha. In the second round and third rounds too, Raghunanda Rao continued to be in the lead with 794 votes and 750 votes. In the fourth round alone, BJP secured a lead of 1,425 votes.

The by-election was facilitated after the death of TRS MLA Solipeta Ramalinga Reddy due to ill health. TRS has fielded his widow wife Sujatha. While two exit polls had predicted TRS victory in Dubbak by-election, one exit poll had predicted BJP’s victory. All the exit polls indicated that Congress is insignificant in Dubbak by poll. Congress candidate Cheruku Srinivas Reddy is no where giving a fight to BJP and TRS candidates.

It can be noted that TRS has got lead in the postal votes. However, BJP is showed its dominance in the counting of EVM Votes. BJP has gained lead among urban voters. Especially, BJP succeeded in garnering votes of youth. BJP’s campaign was centered around social media and it seems to have worked with urban voters. Below is the number of votes for each party in Dubbaka.