Whom will the Owaisi’s Political Ambitions Help? 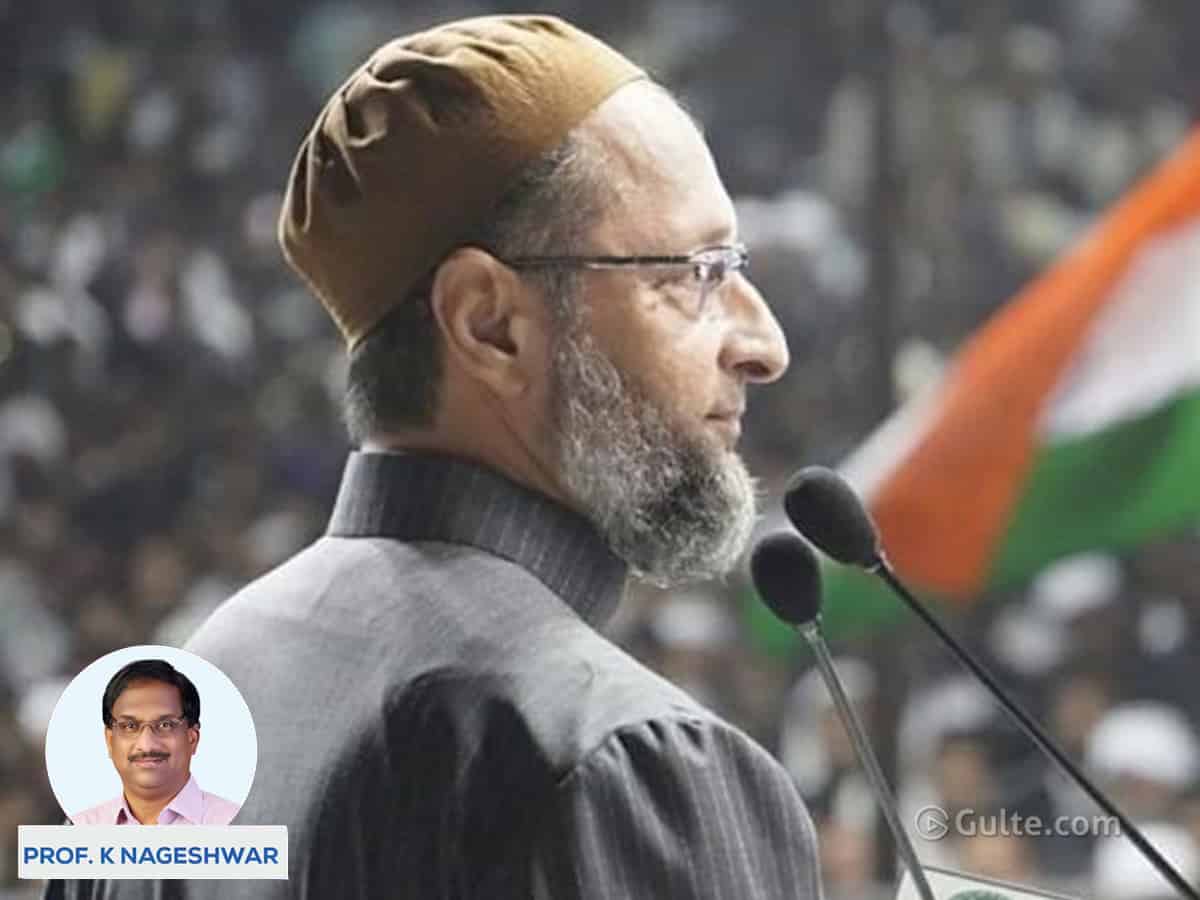 Assaduddin Owaisi has made his ambitions clear. He wants his party MIM to be a pan-Indian political force. Barring Kerala, Assam, and Hyderabad’s old city, the Muslim vote has been rallying behind the secular parties. With the Modi led aggressive Hindutva dominating the national political spectrum, the Muslim vote favours the party that could successfully stem the saffron rise. Thus, the secular parties are agitated over the rise of MIM in national politics.

MIM has already registered successes in Bihar, Maharashtra, outside its home land of Hyderabad.

The MIM success in Bihar is much more striking. The party drew a blank in 2015 and lost deposits in 4 out of the five seats it then contested. The party could enter the Bihar assembly later through a by-poll. In 2020, the MIM, as part of the so-called Grand Democratic Secular Alliance comprising BSP and others, contested 20 seats, winning 5 of them. The MIM successes came from the backward Seemanchal region, which is considered RJD- Congress stronghold. The Congress leader in Lok Sabha, Adhir Ranjan Chowdhury called Owaisi a vote cutter.

But the fears of the secular parties have no empirical basis, at least in Bihar. Among the 20 seats the MIM contested, the RJD led gatbandhan won nine, while NDA could get six seats. In only one seat, the victory margin of NDA was less than the votes polled by MIM. The MIM itself won five seats. Thus, the MIM in the fray has technically benefitted NDA in only one seat.

Of course, if MIM was not in the Bihar fray, the RJD led alliance could have won six seats more. Yet, the secular gatbandhan could not have prevented NDA from coming to power. But the secular parties cannot argue that MIM has no right to contest as it is also like any other registered political party. Claiming Muslim vote on their opposition to BJP legitimizes the saffron political idiom.

But, the impact of Owaisi politics cannot be judged from Bihar alone. Enthused by Bihar mandate, Owaisi is now all set to enter Bengal elections. More than the statistical analysis, the political impact of aggressive Muslim political mobilization by MIM will undoubtedly make the electoral contest more conducive to BJP politics. The MIM politics lend a sort of legitimacy to BJP’s majoritarian political agenda. The secular parties should also realize that BJP grew on their politics of minority appeasement. Instead of addressing the socio economic concerns of Muslims, the so called secular parties have long been nurturing them as a vote bank. The Muslim-Yadav formula of parties like RJD and SP illustrate this.

Thus secular parties can’t cry foul over the rise of MIM. Instead, they should focus on rallying people on socio economic issues, irrespective of their religious background. Vote banks, polarisation, appeasement on either majority or minority basis are an antithesis to democracy.