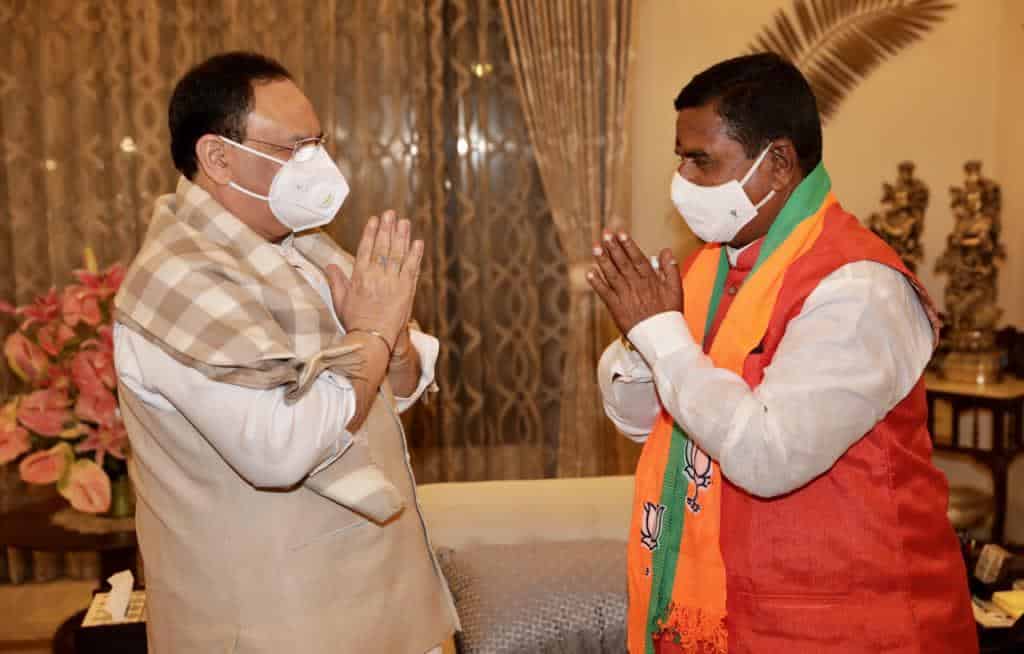 In a shock to ruling TRS ahead of the Greater Hyderabad civic polls, former TRS politburo member and former Chairman of Telangana Legislative Council Swamy Goud has joined the BJP today in Delhi. It can be noticed that Ramchander Rao and CM Ramesh were also seen with national president JP Nadda during Samwy Goud’s joining. Swamy Goud had played a key role during the Telangana agitation for separate state where he had led the T-JAC. Swamy Goud was active in trade unions. His joining in the BJP is expected to give a morale boost to the party which won Dubbaka by-election.

BJP is already aggressively campaigning in the GHMC election. MP and BJYM National President Tejaswi Surya also flew to Hyderabad to campaign for the party and even visited the Osmania University campus. With war of words between TRS and BJP on a daily basis, BJP emerged as a principal opposition to the ruling TRS in the Greater Hyderabad election.