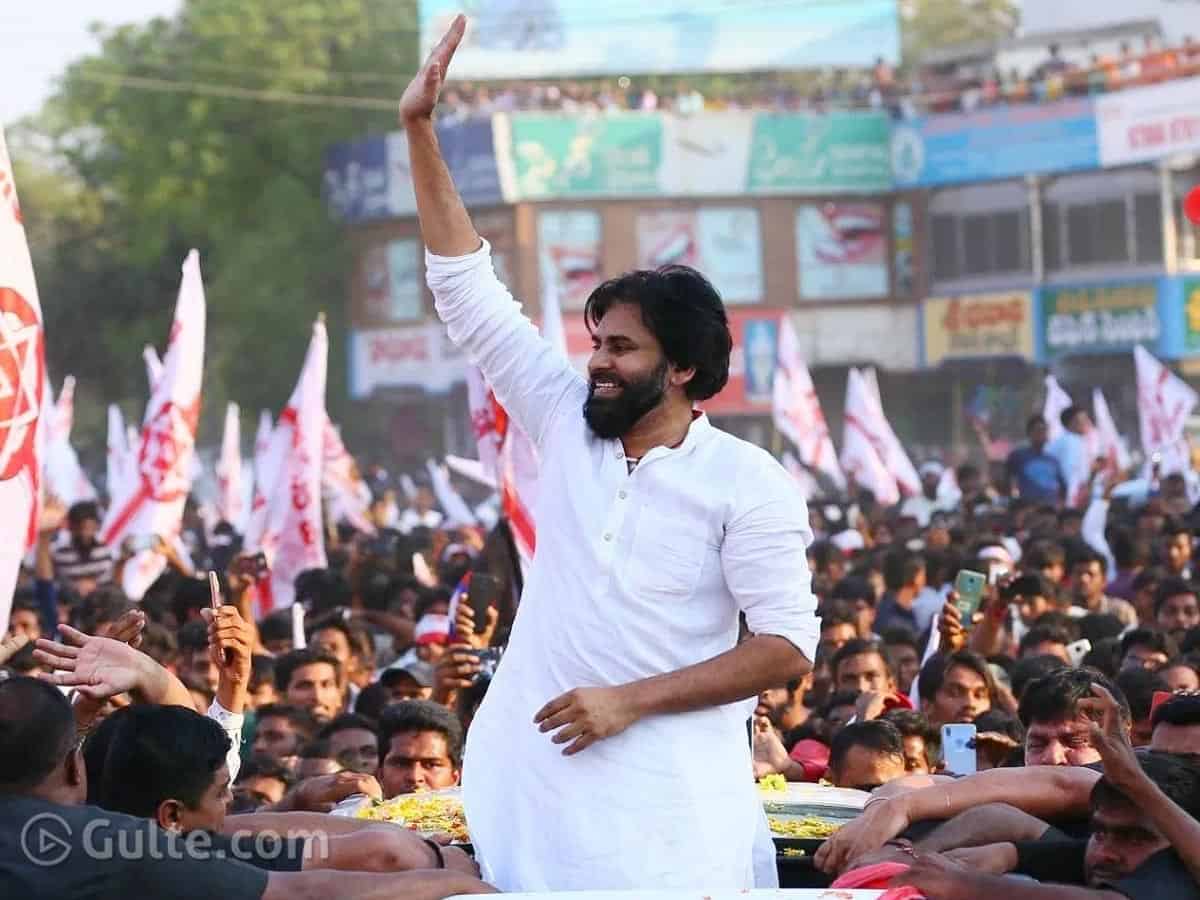 Jana Sena chief Pawan Kalyan said that his party was withdrawing from contesting the GHMC polls as part of its alliance with the BJP and confirmed that the Jana Sainiks would campaign in favour of the BJP candidates.

With Sunday being the last day to campaign for the Greater polls, the voters are wondering where has Pawan gone without campaigning in support of the BJP candidates, which means that he had withdrawn not only from the contest but also from electioneering. There are doubts if the BJP had kept aside Pawan and his party Jana Sena, though they have a so-called alliance.

Further, there are doubts over how many would have voted for the BJP even if Pawan held public meetings and interacted with the voters. There is talk that the BJP leaders intentionally kept Pawan aside from the campaign scene because they feared that if they brought Pawan for electioneering, the TRS would have become more aggressive branding the Jana Sena as a Seemandhra party. The BJP leaders felt that the TRS leaders would denounce their party too for having an alliance with the Seemandhra leader, whom the TRS has picturised as bitter enemies of Telangana.

The BJP leaders reportedly opined that allowing Pawan to campaign would help the TRS gain edge over their party and hence, kept him away from electioneering.

This argument seems to be true as the BJP bigwigs like Prakash Javadekar, Union ministers Smriti Irani and Amit Shah, UP Chief Minister Yogi Adityanath and Devendra Fadnavis were invited to campaign in favour of the party candidates fielded for the GHMC polls.

Moreover, when Pawan, along with his party leader Nadendla Manohar, reached Delhi to ask the BJP leadership to leave the Tirupati seat to the Jana Sena for having withdrawn his party candidates from the GHMC polls, as part of the alliance, he was not given appointment.

This incident also raises doubt if the BJP leaders have kept Pawan aside, according to a plan.