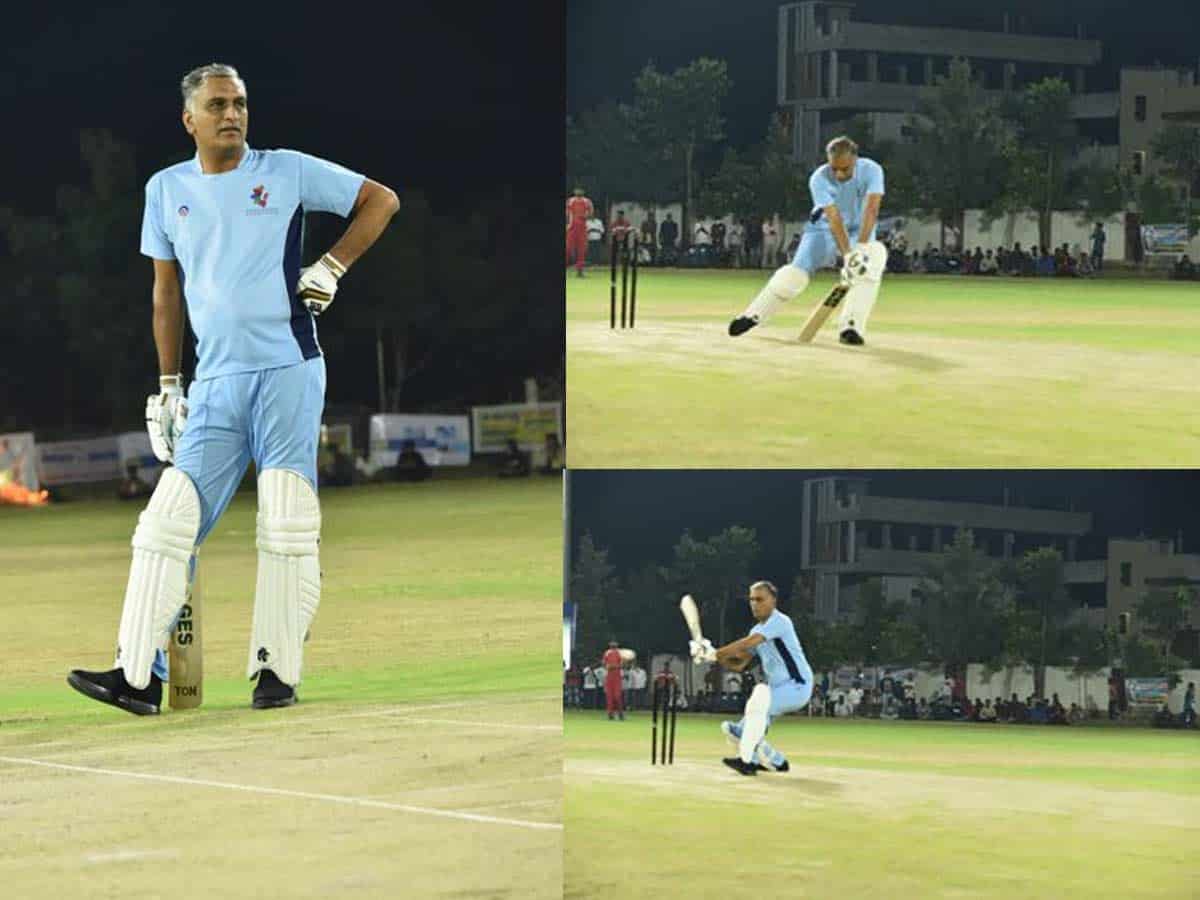 Telangana finance minister Harish Rao always keeps himself busy. Be it his ministerial works or the party related stuff, in a day, he is likely to be occupied with work from morning to night. Until the other day Harish had campaigned extensively in Hyderabad for the GHMC elections. Now that the polls are over, he is back to his constituency Siddipet.

On Wednesday night, Harish turned batsman as he took part in a cricket match. Between Siddipet Cricket Association and Hyderabad Doctors, a day & night match was held at Siddipet stadium and Harish captained his team.

When his turn came for batting, Harish scored 18 runs of 12 balls. Pictures of Harish wearing blue jersey and padded with bat in his hand surfaced online and his followers are taken away by this never before avatar of their leader.

Seems like the trouble-shooter of TRS party, has a good hand in cricket as he is seen in attempting all kinds of strokes.