Sindhu : Is She The Next Mayor Of Hyderabad? 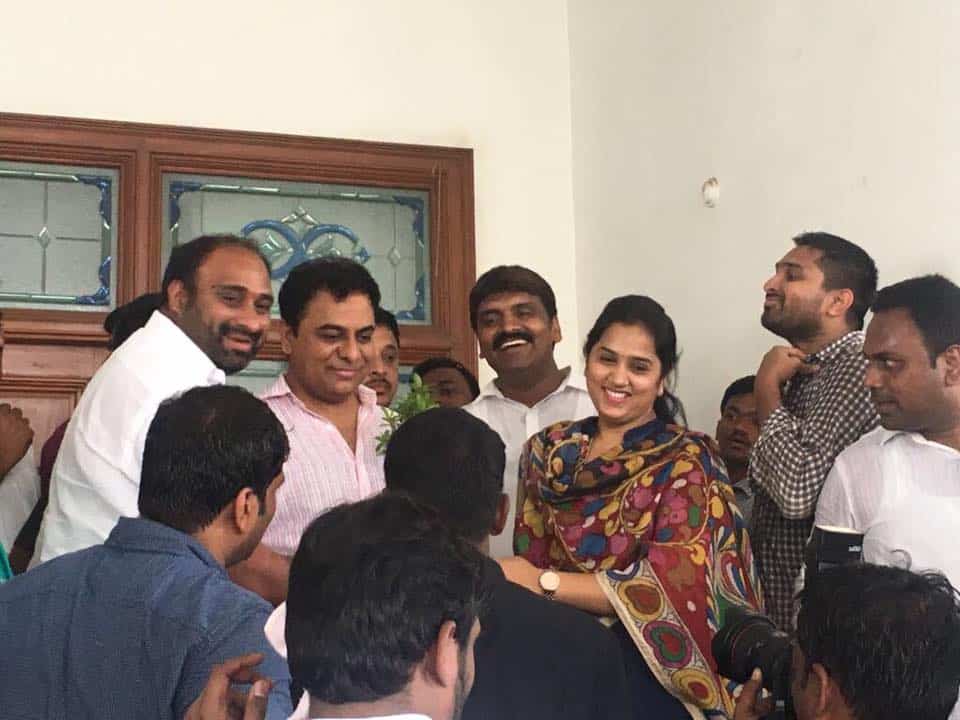 Even as TRS is short of magic figure in the Greater Hyderabad Municipal Corporation (GHMC) elections despite including the ex-officio members, TRS may have to strike post-poll alliance with the MIM to clinch the mayor post. Meanwhile, TRS is busy making its arrangements to anoint the next mayor.

There is information that Sindhu Adarsh Reddy, who won as the TRS corporator for a second time from Bharati Nagar division, received a call from TRS president and Chief Minister K. Chandrasekhar Rao asking her to visit Pragati Bhavan, which means a woman corporator would occupy the Greater Mayor post, as was decided earlier this year.

Similarly, there is talk that deputy mayor Baba Fasiuddin, who won as the corporator from Borabanda division for a second time, would be serving in the same post for a second term only if the post is not offered to the MIM as part of the alliance. If MIM seeks Deputy Mayor post, then Deputy Mayor would be from MIM.

As the GHMC Mayoral post was reserved for a woman corporator from the general category for the next 10 years, all women corporators have been aspiring for the seat. Former Congress MLA late P. Janardhan Reddy’s daughter Vijaya Reddy who won from the Khairatabad division, TRS senior leader K. Kesava Rao’s daughter Gadwal Vijayalakshmi who won from the Banjara Hills division are also in the race for the coveted post.

The Mayor’s post was reserved for women through a lottery draw held in the presence of political parties at the Director of Municipal Administration (CDMA) early this year. This is the first time that the Mayor’s post is being reserved for a woman. Previously, Sarojini Pulla Reddy, Rani Kumudini Devi, Banda Karthika Reddy have served as Mayors of Hyderabad.