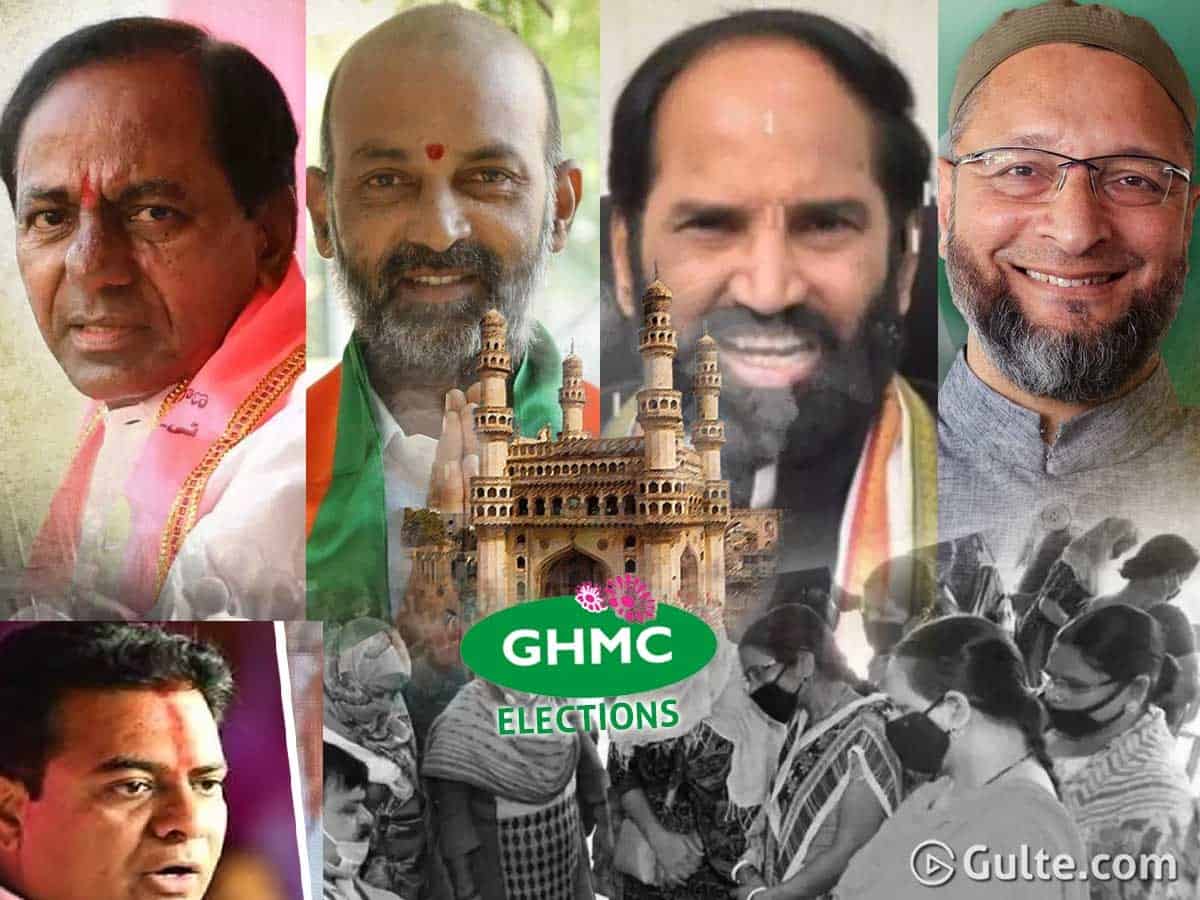 A majority of the exit polls predicted that the Telangana Rashtra Samiti (TRS) would romp back to victory in the Greater Hyderabad Municipal Corporation elections, though not with the same number of seats as it gained in 2016. At the same time, they also said that the BJP would emerge as the prime opposition party to the ruling TRS in Hyderabad.

The prediction was that TRS would win between 70 and 80 seats, while the BJP would witness a massive increase in its strength by winning around 20 seats. In reality, the voters did not give the expected number of seats to the TRS but reduced it to a meagre 56.

Similarly, the voting pattern also indicated at an anti-incumbency factor which the exit polls claimed would not have much impact on the polls.

However, some agencies indicated a silent wave which could take the BJP’s tally beyond 40 seats. All the agencies predicted a rise in the vote share of
BJP in the GHMC elections.

The Centre for Psephology Studies (CPS) projected a landslide victory for the TRS. According to its exit polls, the TRS would pocket 80-96 seats,
MIM 32-38 seats, BJP 12-20 seats and the Congress would bag just 3-5. The CPS prediction proved true only in case of the Congress.

However, the exit polls by People’s Pulse which forecasted that the BJP would be the single largest gainer in the polls in terms of vote share as well as seat share turned into a reality.

The BJP witnessed a rise in their vote share due to their high-voltage campaign involving the party’s national leaders and also the silent wave against the ruling party.

Irregularities and stalling distribution of Rs 10,000 financial aid to the flood victims in the city abruptly seems to have had a negative impact on the voters. The assurance of extending the distribution of financial aid to the flood victims was not believed by the voters and this was evident with the voters in flood-affected areas falling under the Rajendranagar, Musheerabad, Secunderabadm LB Nagar and Uppal Assembly segments voting for the BJP.

Some exit polls predicted a rise in the BJP’s vote and seat share in the GHMC polls and it could be witnessed in the results. The factors that had an impact on the voting were housing, flood relief, unemployment, roads, sanitation and others.

The victory in the recent Dubbaka bypolls helped the BJP establish as the major opposition to the TRS in Telangana. It should also be remembered that it was the BJP which set the agenda for the GHMC polls with its leaders speaking of Rohingyas and surgical strike. Though it was a civic poll, issues like sanitation, roads, drinking water supply and other basic amenities took a back seat during the electioneering.

The relatively poor performance of the TRS, in comparison with the BJP, should alert the pink party leaders and put on the thinking cap to better themselves for 2023 Assembly elections.