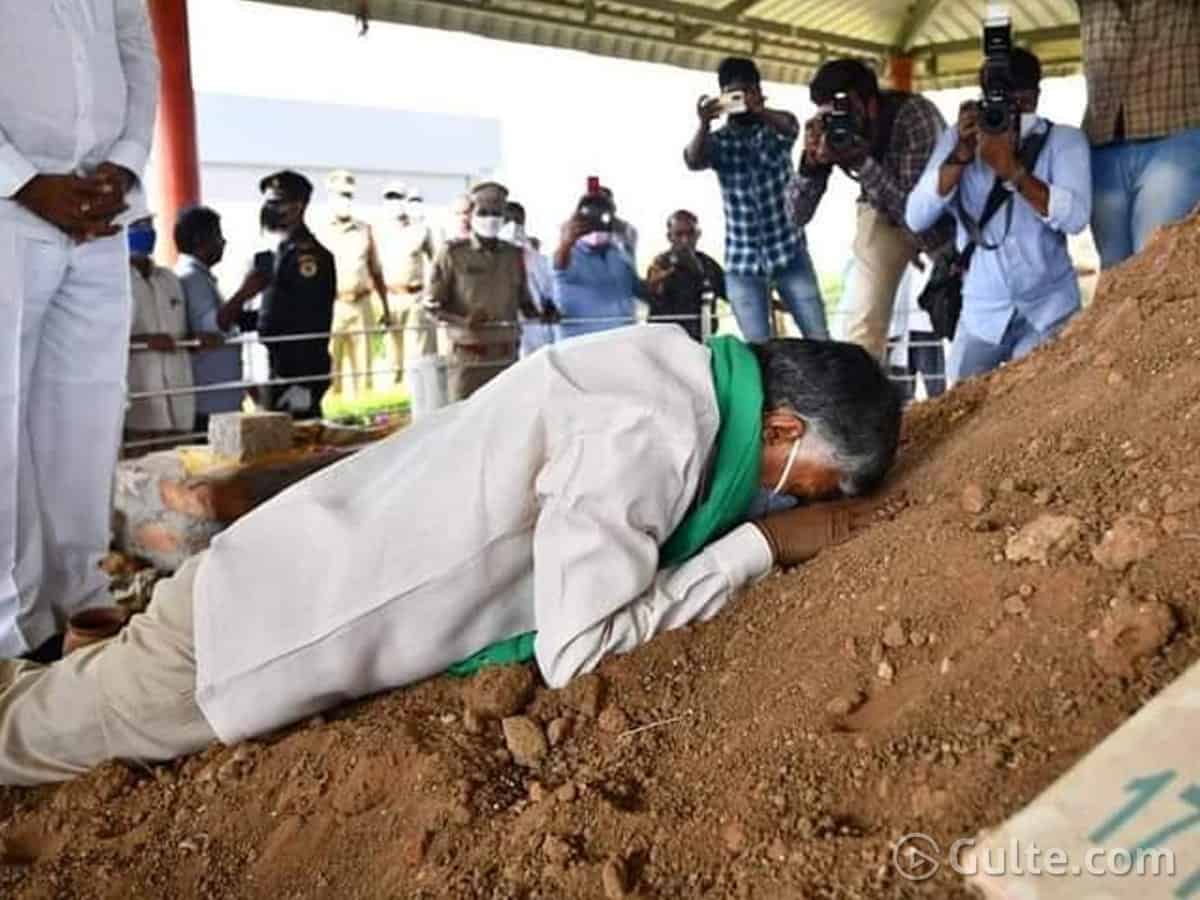 Remember Indra movie where Chiranjeevi bows down and kisses the mother land in Rayalaseema. Well, it’s a dejavu moment for many TDP leaders and Amaravati farmers who witnessed former CM and TDP chief Chandrababu Naidu.

Chandrababu Naidu paid a visit to Amaravati’s foundation site. He had kneeled down at the Sankusthapana site of Amaravati and touched his head to the land. Naidu’s emotional namaskara are bringing goose bumps to the locals of Amaravati.

As the protests of Amaravati farmers turned a year old today, Chandrababu visited the inauguration site of Amaravati. Called as “People’s Capital”, Amaravati was inaugurated by PM Narendra Modi back in October 2015.

However, YS Jaganmohan Reddy who took over the reigns of the state from Chandrababu in 2019 has called for the decentralisation and called for multiple capitals.

As Jagan announced three capitals – Legislative Capital (Amaravati), Executive Capital (Vizag) and Legal Capital (Kurnool), protests from Amaravati farmers broke out who had offered lands to the previous government for the capital city.

On Dec 17, 2019, CM Jagan had stated in the AP Assembly that Amaravati would remain as Legislative Capital. However, fears sprung up from the locals following CM’s statement and subsequent actions.