If That Was A Mistake, Forgive Me: Chandrababu 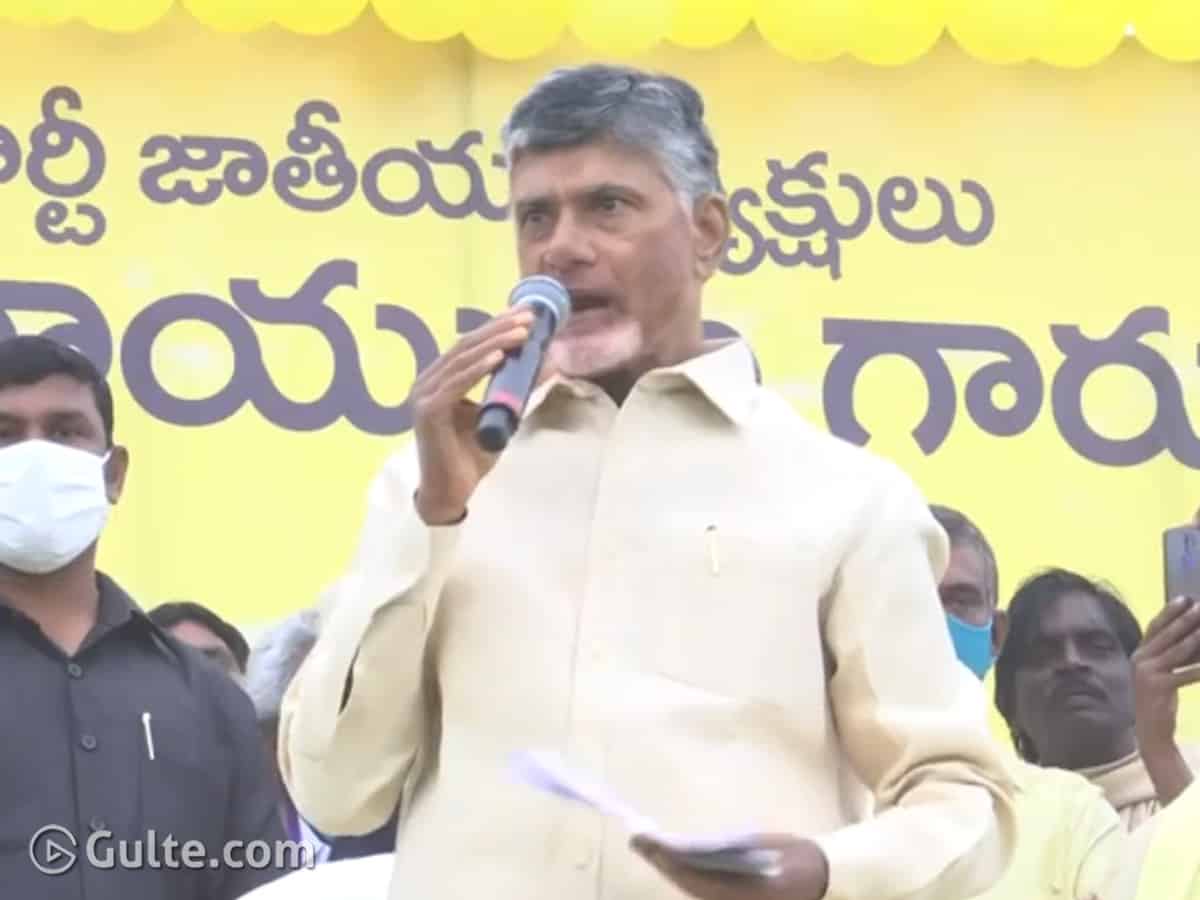 Former Chief Minister and TDP president N. Chandrababu Naidu rued that he was not able to understand what was the mistake he had committed and why the people spurned him. He said that he tried his best for the development and welfare of the people and if that was a mistake, he urged the people to pardon him. “You all believed in Jagan and voted for him without a second thought.”

Naidu participated in the Bhogi celebrations held at Paritala on Wednesday. He dumped all the anti-people government orders issued by the state in the Bhogi bonfire.

The TDP chief made it clear that he would fight till justice was done to the farmers. He said that farmers were not happy in the entire state and the farm labourers are the worst-hit.

Fuming at the YCP government, Naidu said that the authorities were taking anti-people decisions without any consideration and that the officials had not paid any compensation to the farmers even when they had suffered seven back-to-back losses. He faulted the YCP government for claiming to have paid the crop insurance even while betraying the farmers without paying the amount. The dues of paddy purchased have not been paid to the farmers, he said.

Terming Chief Minister Y.S. Jagan Mohan Reddy as a ‘sadist’, he said that the CM taking delight in not removing the debris of the Praja Vedika which was razed soon after Reddy took charge. “Jagan is behaving like a dacoit. His cabinet is full of betting ministers, mining mafia gang and ‘boothula’ ministers.”

He said that the TDP would ask the centre to retain market committees and also minimum support price to agri produce. “Metres should not be installed for the agricultural motors but to the ministers as it will help the people know how much they are looting the state in real-time,” Naidu said, adding that metres were being installed for agricultural motors only to take more debts.

The life of people living in cities has become pathetic, he said, adding that they are being forced to shell out tax even on pet animals. Soon the CM would even impose tax on air as he is ‘Gali Reddy’, Naidu mocked, indirectly hinting at the Obulapuram mining scam he was involved with Karnataka former minister Gali Janardhan Reddy.

The former CM lamented that both Amaravati and Polavaram, the two eyes of Andhra Pradesh, were being destroyed by the YCP government.

He informed the people that the YCP government had taken Rs 1.30 lakh crore debts and imposed Rs 70,000 crore taxes on the people. Every family having four members will have Rs 2.80 lakh debt burden on it in the state, he pointed out.