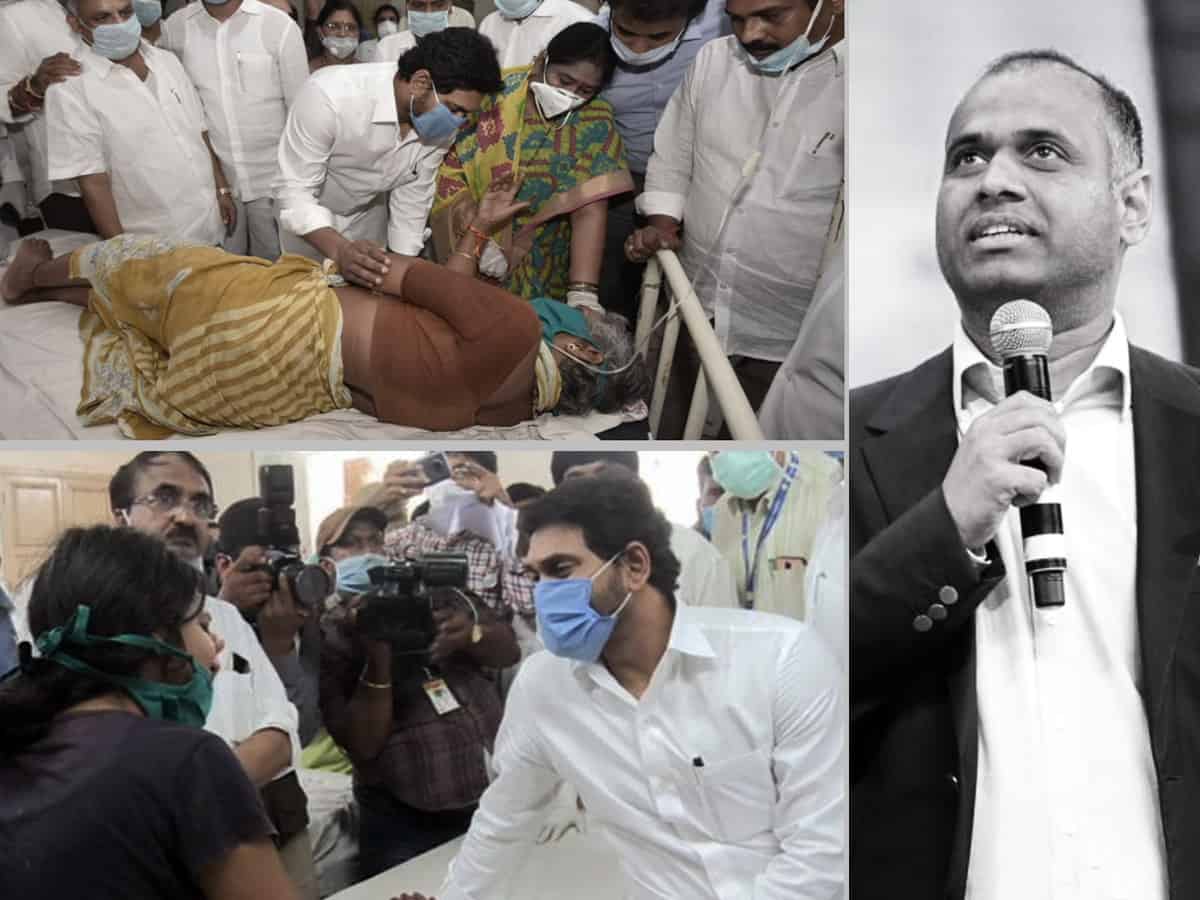 But notwithstanding to such sentiments and superstitions, after 25 long years, CM YS Jagan has other day visited the hospital and interacted with the victims of horrible gas leak tragedy. Jagan’s love, affection has boosted confidence of the victims and their families. Government’s immediate announcement on ex gratia and compensation have instilled feeling that the government is with people in difficult times. Jagan’s act proved that he is above politics and power. He yet again proved that for him, people are far more important than power. PVP’s tweet praising Jagan’s statesmanship has gone viral and caught people and media’s attention at this hour.

Serial entrepreneur, filmmaker and politician PVP, who unsuccessfully contested for Vijayawada parliament seat from YSRCP, is known for his sensible tweets and social media comments. His latest tweet on Jagan’s KGH visited became hot topic in political and media circles.