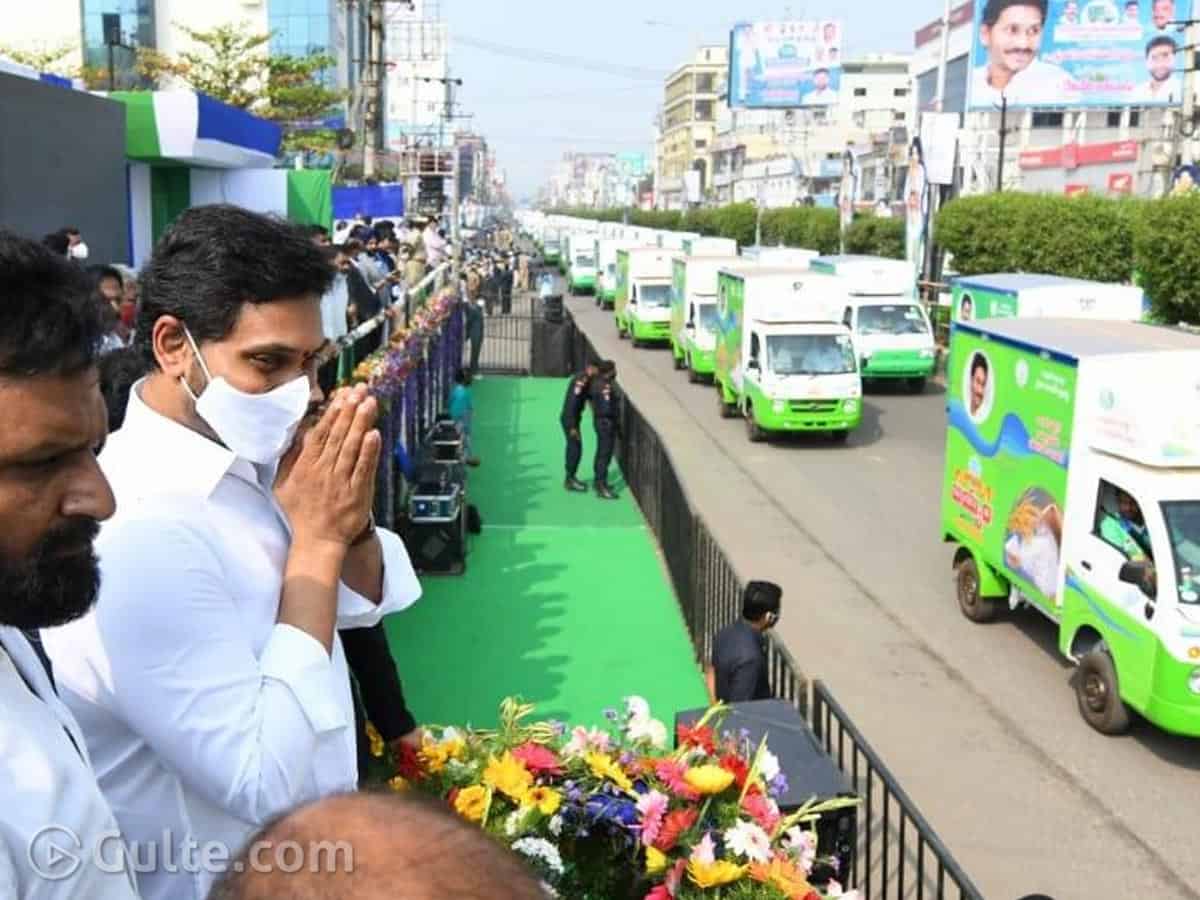 AP Chief Minister YS Jagan Mohan Reddy is known for launching development and welfare programmes with elan. In a first of its kind, the YCP government is launching the door delivery of ration to the beneficiaries, under the Public Distribution System.

Reddy has flagged off the scheme today at an event held at Vijayawada’s Benz Circle thus launching 2,500 door delivery vehicles of a whopping 9,260 purchased to distribute ration to the beneficiaries. The vehicles were distributed to unemployed youth of various corporations. While the value of each vehicle is estimated at Rs 5.81 lakh, a subsidy of Rs. 3.48 lakh is offered by the government.

Sensing the troubles being faced by the physically handicapped and the old-age people while standing in queues at the ration shops, Reddy decided to do something and promised to deliver the commodities at doorsteps of the beneficiaries. At the same time, the CM also promised to supply quality rice to ration card holders and also remove irregularities in the PDS.

Quality rice will be distributed to the beneficiaries in reusable bags, taking the cardholders’ fingerprints. The bag will be sealed and tagged with a unique code, so as to avoid adulteration.

Further, all the door delivery vehicles will be fitted with GPS system to keep track of their movement. Each vehicle will be delivering the essentials sanctioned under the ration for an average of 18 days in a month.

The scheme will benefit 26,39,363 cardholders throughout the state and it will cost the state government an additional Rs. 830 crore per annum.

In July 2020, Jagan Mohan Reddy flagged off a fleet of 1,088 vehicles, including 104 and 108 ambulances equipped with modern life support systems at the same Benz Circle. One after the other, Reddy has been fulfilling the promises made during his Praja Sankalpa Yatra and winning the hearts of the poor and underprivileged in the state.

The YCP government, headed by Jagan, is creating a trend in the launch and publicity of welfare schemes by going for such flashy inaugural programmes.