Fire Breaks Out At Serum Institute Of India Again 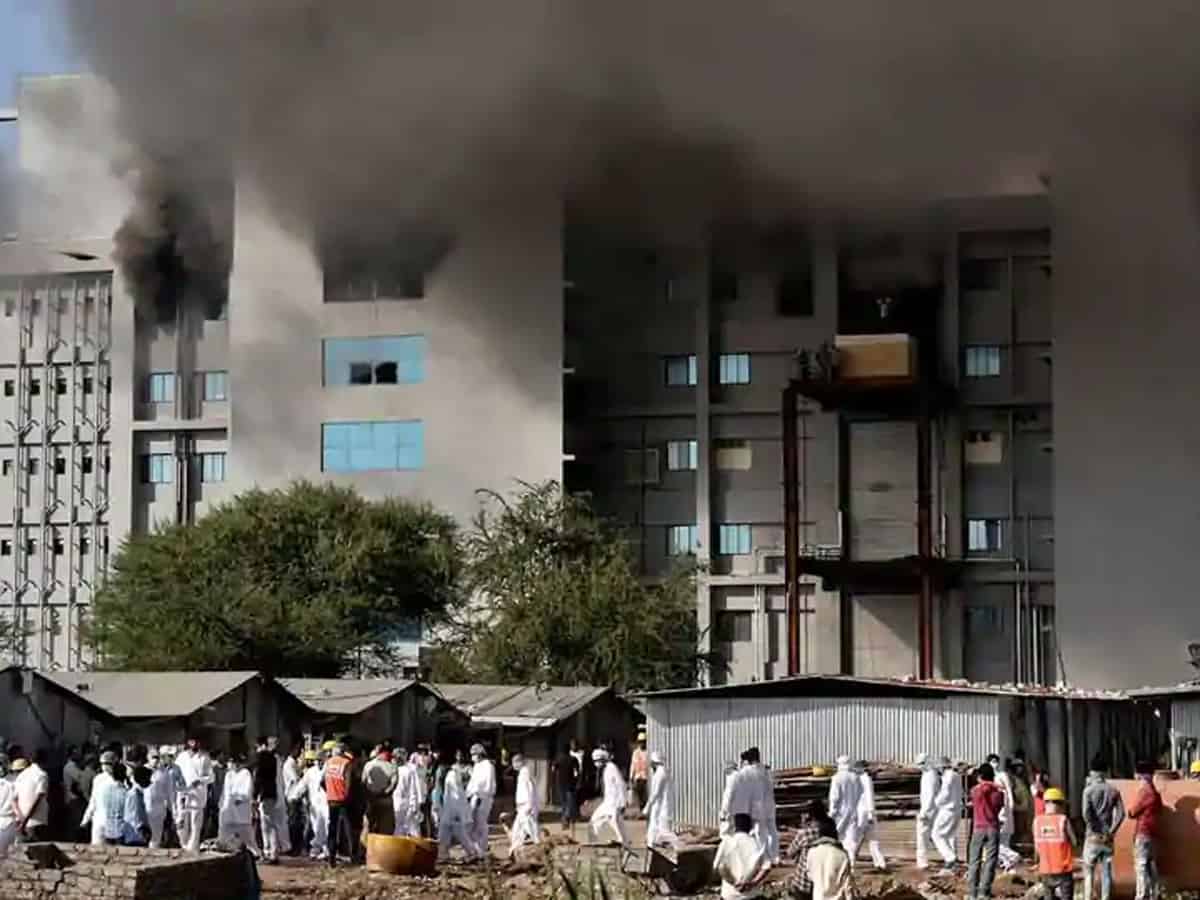 Fire broke out yet again at the Serum Institute of India, Pune, a few hours after a massive blaze left five people dead on Thursday afternoon. The mishap occurred at the vaccine-maker’s under-construction site, Manjari.

However, the fire has not hit the production of Covid vaccine, Covishield, developed by Oxford University and Astrazenaca, which is being manufactured by SII.

Over 9 others trapped in the building were rescued.

It took around three hours for the firemen to bring the blaze, caused due to an electrical short circuit, under control.

The five persons who died were contractual labourers, and the SII has announced a compensation of Rs 25 lakh each to the bereaved families.

Prime Minister Narendra Modi tweeted to say he was anguished by the loss of lives.

The SII Pune facility is spread in over 100 acres.

Manjari is just a few minutes’ drive from the facility where Covishield is being produced. It is believed to be part of a Special Economic Zone (SEZ).

About 8-9 buildings are being constructed at the Manjari complex, which is a part of the SEZ. The complex is aimed at dealing with future pandemics and enhancing the SII’s manufacturing capability.

Maharashtra Chief Minister Uddhav Thackeray’s office tweeted he was in touch with the Pune Municipal Commissioner for “complete on-ground updates”. Mr Thackeray had directed the state machinery to coordinate and ensure that the situation is under control, the statement read. A team of NDRF (National Disaster Response Force) is also at the site.

Serum Institute makes vaccines against polio, diphtheria, tetanus, hepatitis B, measles, mumps and rubella, which are exported to more than 170 countries.