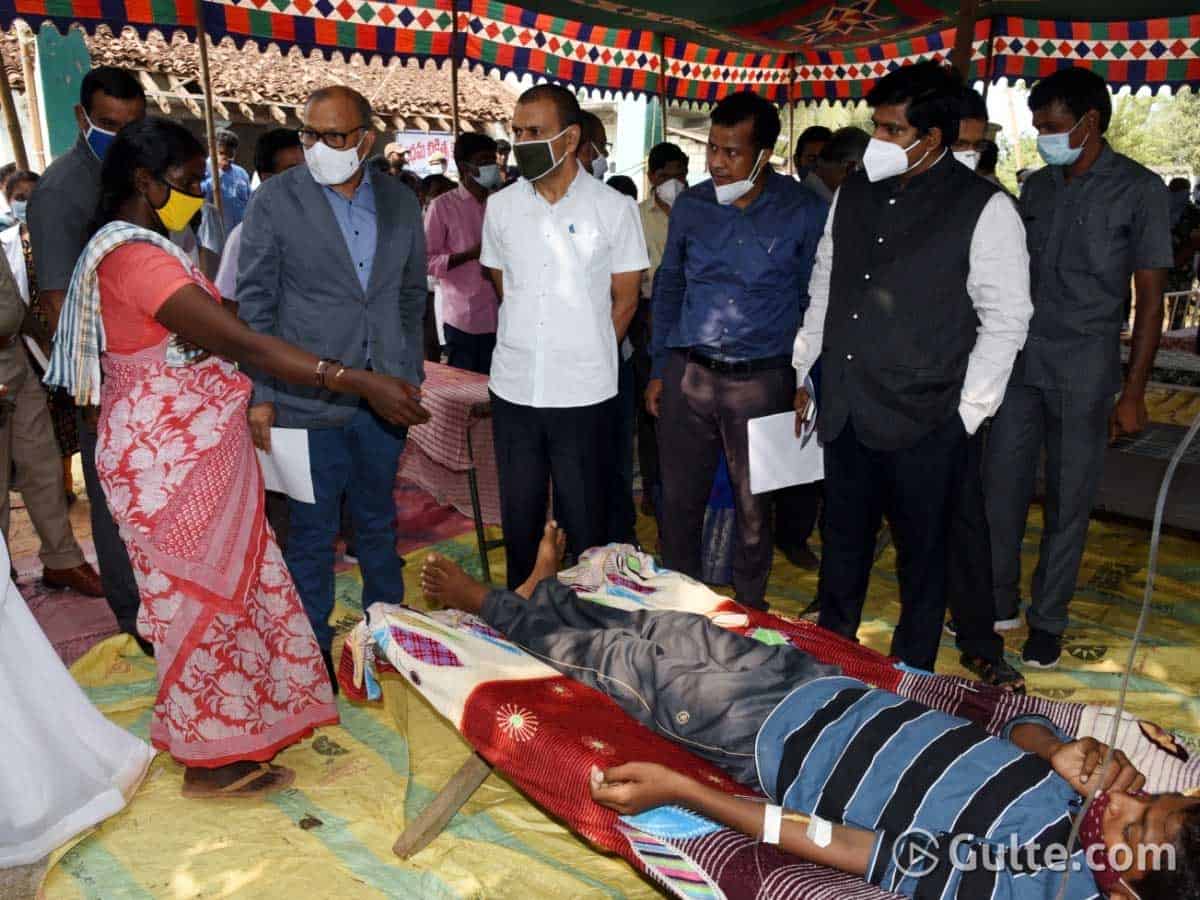 One other village in West Godavari district is struck by the mystery illness of which people in Eluru complained a month ago. Over 22 persons in Komirepalle of Denduluru Assembly constituency complained of seizures, falling unconscious and foaming at mouth.

This is the third place in the same district to be affected by the mystery illness after Eluru and Pulla village in Bhimadole mandal.

Last week, 29 villagers of Pulla were found to be affected with symptoms of the mystery illness. All the patients have recovered and no new cases were reported in the last two days.

Andhra Pradesh Chief Secretary Aditya Nath Das said that the mysterious illness has been surfacing in villages around Eluru. In Komirepalle, the affected include 14 men and eight women. Ten of the affected persons are aged between 12 and 35 years while 12 of them are aged above 35 years.

Das said that the health department was taking the issue seriously and that teams arrived in village to take know the cause of the illness. “Samples have been collected but preliminary water sample results didn’t show much. Food samples and affected peoples’ samples were also taken for analysis,” he said.

Of the 22 affected in Komirepalle, 14 people were admitted in Eluru Hospital. Five of the patients recovered and were sent home. In many of the cases, the affected are losing consciousness for a brief period and recovering after being given saline, doctors said.

West Godavari collector Mutyala Raju said that the water samples collected from Pulla had the particles in desired limits. “The sample test results of food materials like rice, pulses, egg and meat are yet to be received. Samples are being taken from households, hotels nearby and Gundugolanu market for testing. Blood samples are also being collected from the patients,” the collector said.

Health Minister Alla Kali Krishna Srinivas noted that the illness has been surfacing in limited areas of the affected villages this time unlike in Eluru where a larger area was affected.“If it is water contamination or food poisoning or air pollution, the entire village must be affected,” he said.

Meanwhile, around 7 ambulances and two medical camps have been set up, apart from deploying 10 doctors and 20 ANMs in Komirepalli.

After the Eluru incident, several science institutes analysed food samples from the town. AIIMS and Indian Institute of Chemical Technology found that pesticide particles could be the cause of the mystery illness. However, more research is required to know how these pesticide particles gained entry into the human body.