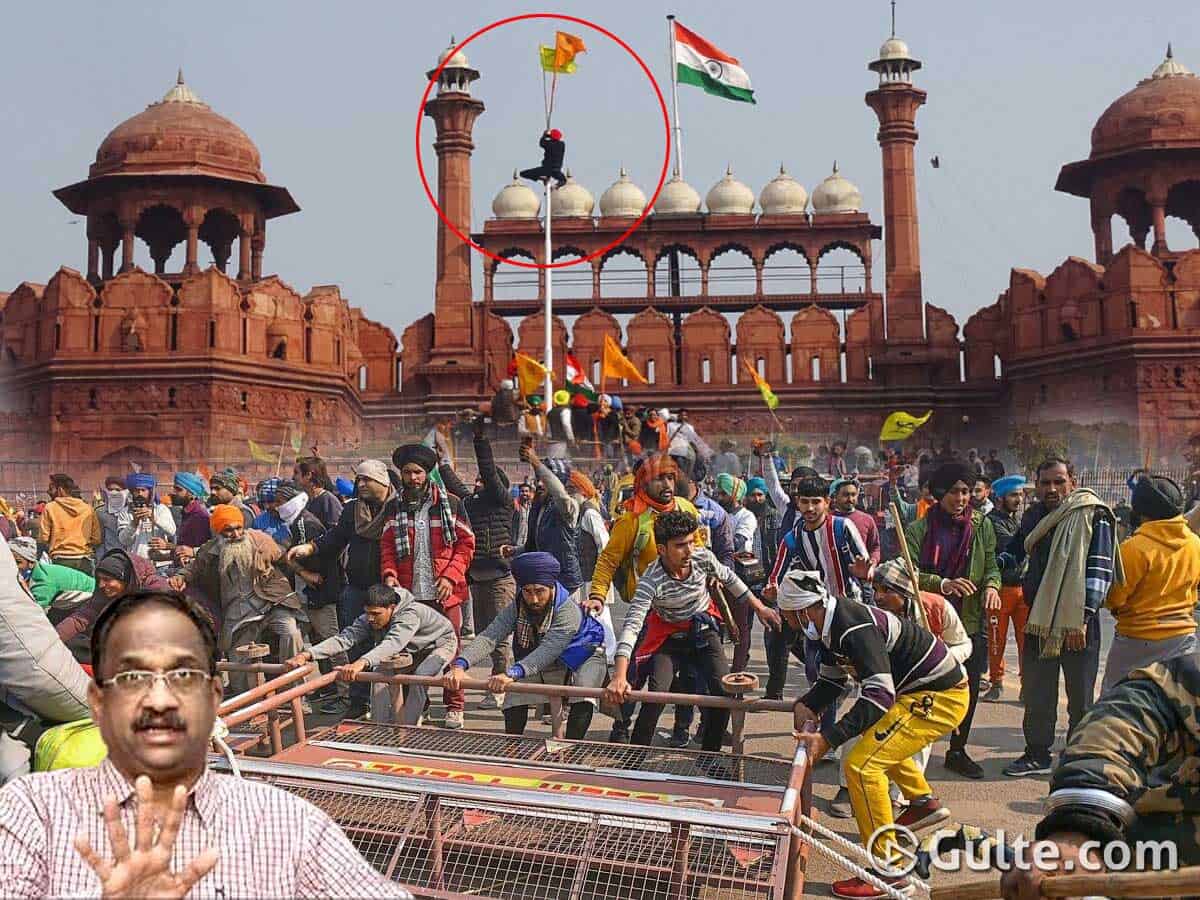 The pro-government media and social media ecosystem is busy manufacturing a narrative around farmer’s protests in the wake of unfortunate events during republic day in Delhi.

Violence has no place in a democracy. Such an unruly behaviour even by a section of protestors would do severe damage to the entire peasant movement. It allows the State to crack down on the dissent and protest. The farmer’s organisation need to be wary of such elements.

But any attempt to discredit the farmer’s protest using this aberration is highly uncalled for. Despite severe provocation, the farmer’s movement has so far been peaceful. Braving the biting cold, farmers have been demonstrating at the national capital borders. The security forces attacked them with water cannons, but the movement remained peaceful. The capital would have witnessed unprecedented damage to life and property if the leadership of the movement wanted to resort to violence. Therefore, as the leadership itself pointed out, the violence is an act of renegades.

The Samkyukth Kisan Morcha spearheading the movement has rightly demarcated itself from the violent protestors and called it an act of anti-social elements that penetrated the movement.

Any insult to the national flag or any other national symbol is certainly highly reprehensible. No nation can accept such acts of disrespect. But, what is the reality?

The reports indicate that the national flag was never brought down. Instead, the farmer’s flag and the Nishan Sahib were unveiled on empty pole masts.

The flags hoisted by the protesting farmers are the Nishan Sahib or Sikh religious flags. Whether yellow or saffron, triangular flags with the Khanda – two swords – are Sikh flags. They are not Khalistan flags. Sikh flags are also featured on the Punjab tableau during Republic Day parades. It was displayed this year as well, reports The Wire.

Therefore, any attempt to portray the entire Sikh peasant community as pro-Khalistani will endanger national security. Depicting protests at the Red Fort as the unveiling of the khalistani flag will only undermine the nation’s integrity and sovereignty. It is wrong to portray India as so vulnerable to extremists. Such attempts may serve the political interests of the ruling dispensation. But, they would strengthen the hands of hostile neighbours.