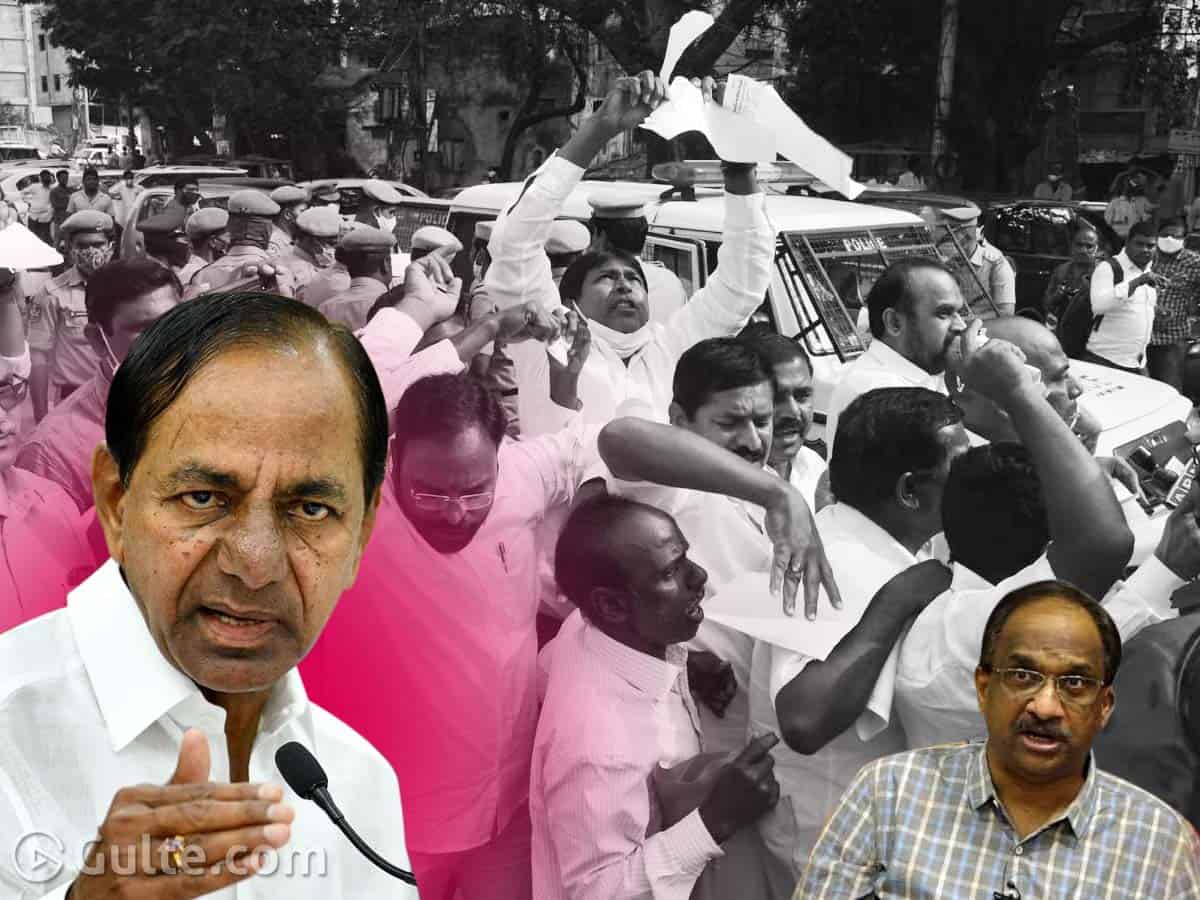 Telangana’s first Pay Revision Commission (PRC) headed by CR Biswal submitted its recommendations to the government. It recommended a fitment of 7.5 percent on the basic pay.

The government teachers and employees are up in arms against the abysmally meagre fitment recommended by the first PRC in Telangana. The government has always been claiming to be employee-friendly. The PRC recommendations do not reflect this sentiment, though the Chief Minister shall take a call on the quantum of fitment and the date of monetary benefits.

Fitment refers to a quantum of percentage increase on the basic pay besides merging prevailing Dearness Allowance (DA) into it.

1 The fitment formulae arrived at by the PRC has no scientific basis. The minimum wage has been increased from Rs 13,000 in the last PRC to Rs 19,000, which amounts to a 46 percent increase. The DA to be merged is at nearly 30.4 percent. This means that the fitment should be at 15.6 percent. But, perhaps owing to the political dictates, the PRC might have altered the formulae to arrive at 7.5 percent to leave an elbow room for the Chief Minister to increase.

2 This level of fitment is the lowest since 1974 and substantially lower than what was given to the government staff in the last two pay revisions. KCR implemented a 43 percent fitment after the formation of Telangana despite the then PRC recommending 29 percent. The Rosaiah government in the united state of Andhra Pradesh gave 39 percent. Thus, the government employees cannot digest such a low fitment.

3 KCR has always been claiming that Telangana is a rich state. On the contrary, Andhra Pradesh is considered to be a financially beleaguered state post bifurcation. But, the YS Jagan government has been implementing 27 percent interim relief (IR) since August 2019. KCR government refused to declare IR despite repeated demand from the employees.

4 The HRA has been reduced by 6 percent. The PRC recommended a deduction of one percent of basic pay towards the employee health scheme. Thus, the PRC while proposing a 7.5 percent increase in pay in the form of fitment has recommended a 7 percent reduction on these two counts. Besides, the government staff who come under the new pension scheme (NPS) have to shell out an additional 4 percent employee contribution. Thus, a government employee working in Hyderabad and recruited after 2004 when NPS came into effect will get a lower take-home pay if these recommendations are implemented compared to what one is drawing now.