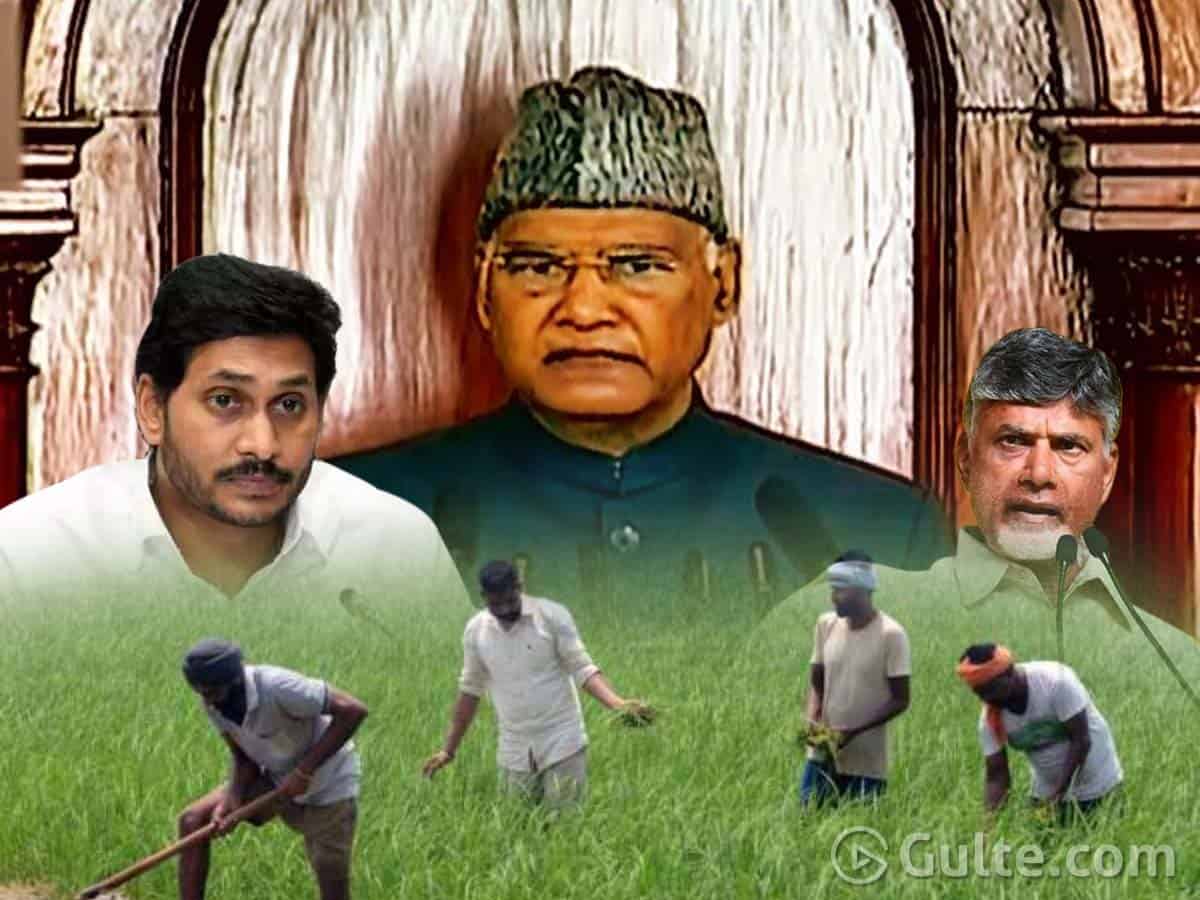 A majority of the opposition parties boycotted the Presidential address ahead of the Budget session demanding cancellation of the three contentious new agriculture laws. However, the ruling YSR Congress party and Opposition TDP refrained from doing so, despite supporting the protests by farmers against the agriculture laws.

Though the YCP and TDP have been differing with each other on various issues due to their bitter rivalry, the ruling and opposition parties have taken the same stand when it came to the farmers’ cause.

Earlier, the YCP had supported the farm bills in Lok Sabha and Rajya Sabha but joined the farmers in protesting against the same laws. However, the TDP suggested that some changes be made to the laws when they were introduced. Yet, the party took part in the discussion held in the Parliament on the farm bills.

The TDP criticised the YCP and said that the party was showing ‘false love’ towards the farmers. The TDP men slammed YCP leaders for supporting the new farm laws in the Parliament and opposing the same and supporting the Bharat Bandh called by the opposition parties on December 8, 2020.

The TDP termed the three new laws terming them as ‘black acts’. The yellow party leaders claimed that they had suggested amendments to the new agriculture laws and that they would continue their fight for the rights of farmers.

Initially, the TDP and YCP had walked on different paths with regard to the farm bills but now, both the parties have taken the same stand. Initially, the YCP had remained a silent supporter to the new farm bills.

Meanwhile, YSRC MP V. Vijaya Sai Reddy said that YSRC has decided to propose amendments to the presidential address during his motion of thanks to the address. He said YSRC has proposed a private bill for establishment of a National Commission for Farmers and increase of budgetary allocations to agriculture.

He said that the YCP would also demand a special railway zone at Visakhapatnam, national status for Polavaram, special category status to the state and minimum support price for all agriculture produce in the Budget session of the Parliament.