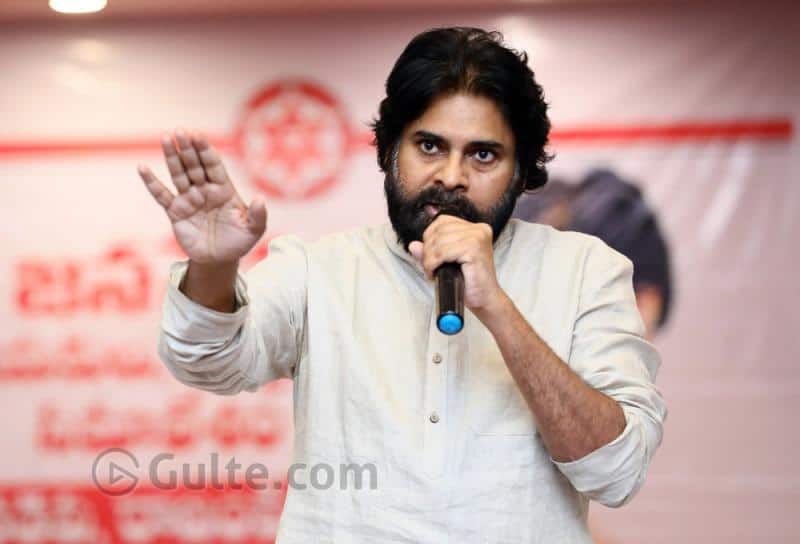 Pawan Kalyan’s BJP bhajana is going overboard. When Pawan’s Janasena officially join hands with BJP in Andhra Pradesh, a big change is observed in Pawan Kalyan. With each passing day, Pawan is showing his over enthusiasm in supporting the Lotus Party and going to every possible extent to impress the top bosses of the party. His tweets on BJP netas are rather surprising to his fans and Janasena party leaders.

The same Pawan had earlier made critical comments of BJP during 2019 elections. If go few years back, Pawan is the man who officially starts fight against BJP on the injustice done to AP. He had stated that the Centre had given ‘Pachipoyina Laddus’ (rotten Laddus) to Andhra Pradesh state. He had literally targeted BJP and Modi back then and made several sharp comments.

Quite contrary to this, Pawan has now started heaping praises on BJP leaders. From national leaders to AP BJP leaders to Telangana BJP leaders, Pawan has been trying to please them. In fact, he is retweeting many of their tweets. This sharp U-turn on BJP is not digestible to his fans and party workers.

Like TDP went silent on BJP after 2019 elections result and the ruling YSRCP is always trying to stay in good book of BJP, with Pawan directly doing BJP Bhajana, who is there to fight with Centre on issues like Special Category Status, Financial Aid to the state have not been kept. Several other issues in the AP Reorganizaction Act are still pending.