Let Us All Resign And Fight 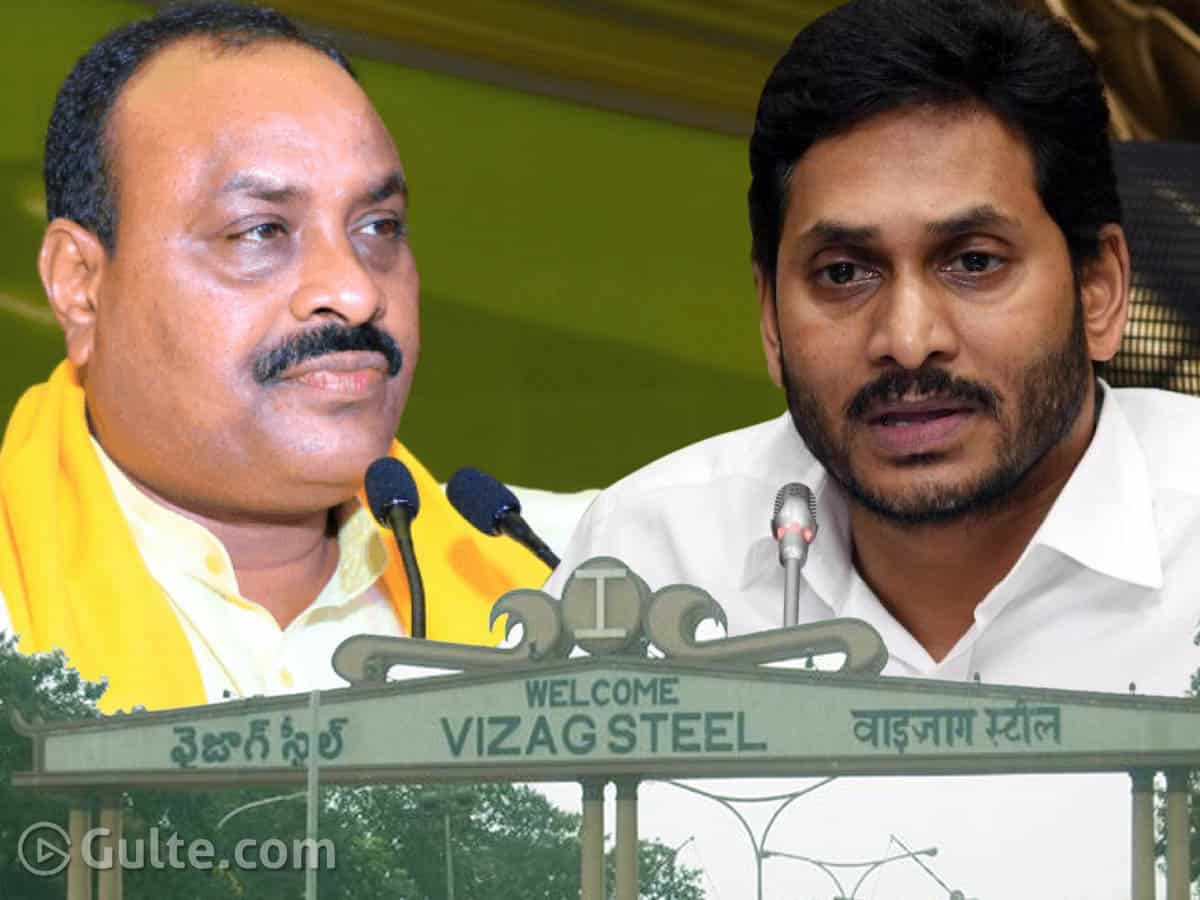 The Centre’s decision on privatisation of Vizag Steel Plant (VSP) has raked up discussion among politicians and the public.

Telugu Desam Party state president K. Atchannaidu suggested that all the MPs and MLAs, irrespective of their party affiliations, quit their posts to fight unitedly against the privatisation of the steel plant. “We are ready to agitate under the leadership of Chief Minister Y.S. Jagan Mohan Reddy, if needed,” he said, expressing TDP’s readiness to revolt against the Centre’s decision.

Speaking at the party office in Vizag, he asserted that their party would not field candidates if any MP or MLA resigned to his post in support of protest against the privatisation of VSP.

He criticised the YCP government for failing to take any action to save the VSP which involved the sacrifices of 32 people.

“The fast unto death launched by TDP leader and former MLA Palla Srinivasa Rao had reached sixth day on Monday but no government representative had come to the camp to visit him. His health is deteriorating and his family members are worried. What should people think when no government representative is visiting Palla’s hunger camp even when he is fighting for a just cause,” he asked.

“Jagan Mohan Reddy is the man behind the VSP privatisation decision. He just signed on a letter written by somebody else and sent it to the Centre, once the Centre made its decision public,” he alleged and pointed out that the CM had not even called for an all-party meeting on such a crucial issue.

Atchannaidu said that the TDP was fighting against VSP privatisation, as a responsible opposition party should do. TDP supremo and former chief minister N. Chandrababu Naidu would visit Vizag on Tuesday afternoon, he informed and added that their party would chalk out the future course of action on how to deal with the issue during their party president’s visit.