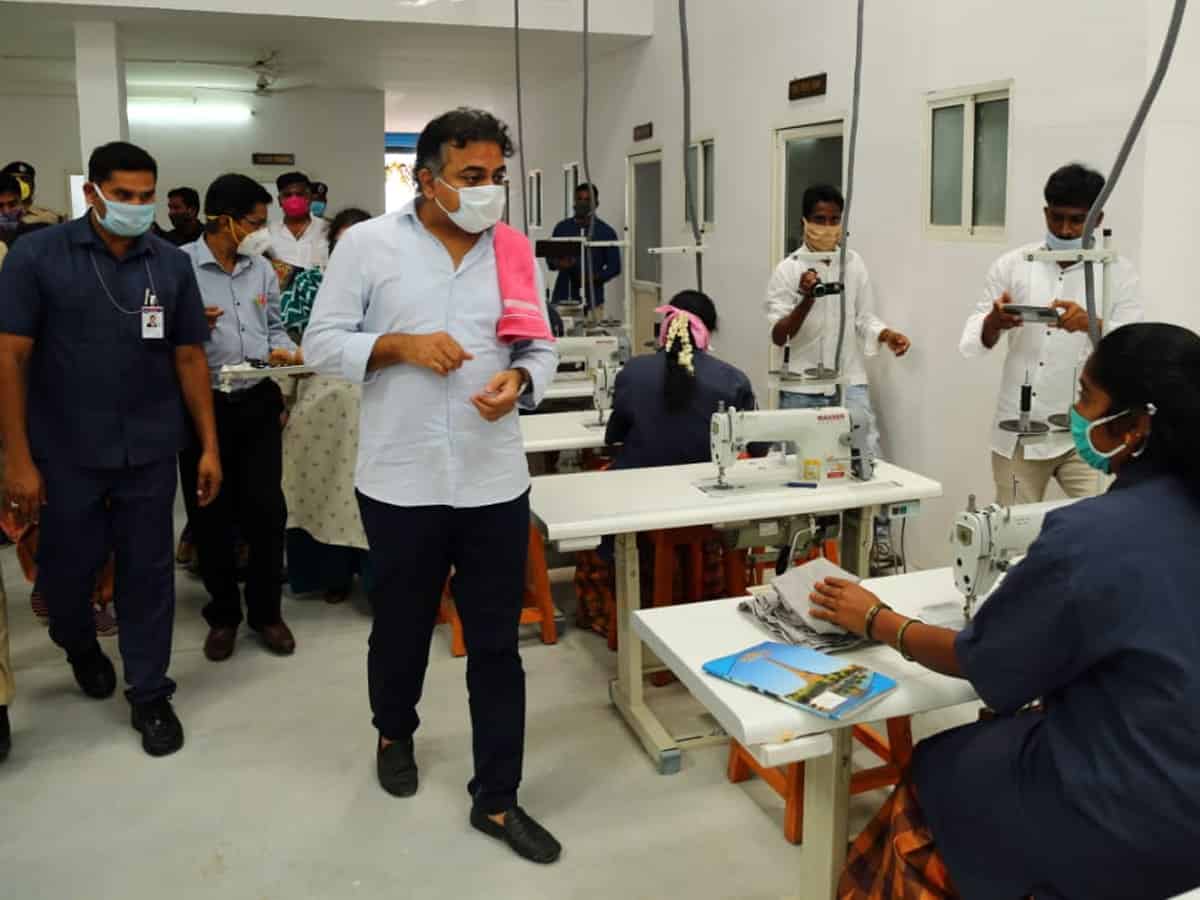 Gone are those days when sneezes were followed by ‘Bless you’, instead a little cough or a sneeze at this time is as bad as espionage, thanks to coronavirus. Jokes apart here is an incident where people started worrying about Telangana minister KTR, for his ‘flu symptoms’.

KTR attended textile park inauguration at Siricilla yesterday and he’s seen wiping his probably running nose and felt discomfort throughout the event there. Many seem to be worried about why KTR is showing the symptoms of the flu and the silent speculations began about if is due to his recent visits to several outbreak areas in GHMC.

One of the KTR’s well-wishing followers on Twitter said he was disturbed to know that KTR appeared to be down with flu symptoms. His tweet read that KTR has been a COVID Warrior since the virus engulfed and asked the leader to reassure the public about his health.

Well, putting a period to all those worries and rumors, KTR clarified it loud and clear, that it was just an ‘allergic cold’ he developed during his visit to Siricilla but did not want to cancel the visit as it would inconvenience many people.

Saying that he had been struggling from the allergy for many years, KTR cleared the air also saying that he is perfectly well now and also thanked the people who expressed the concern. KTR also apologized for any inconvenience he may have caused unintentionally.