Rahul Gandhi Dives Into The Sea Along With Fishermen 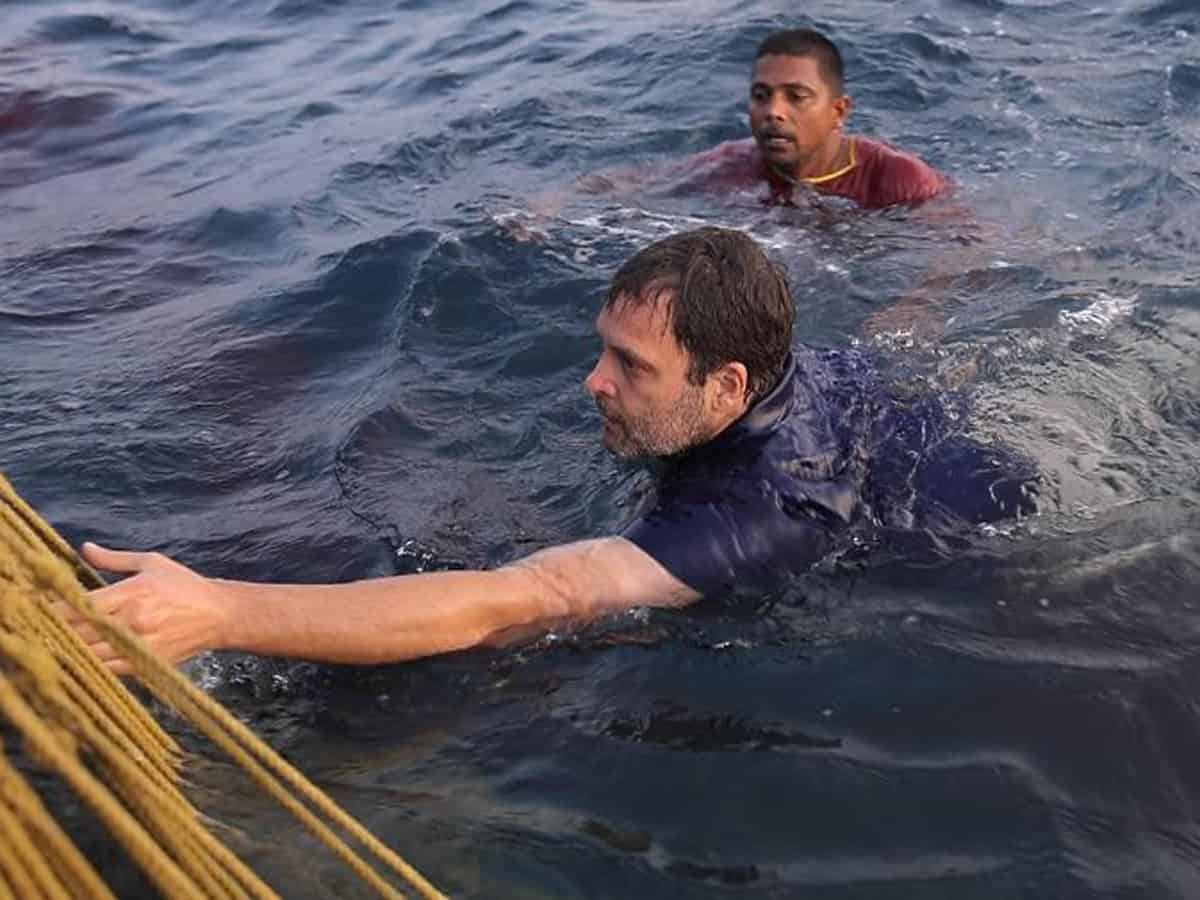 Fishing for life requires a very special kind of nerve and the occupation surely is dangerous and physically absorbing. In pursuit of the fisherman’s lifestyle and the community at poll-bound Kerala, Congress leader Rahul Gandhi on Wednesday ventured into the sea along with a few fishermen. He spent around 10 minutes swimming and returned to the shore in the southern coastal region.

It is said that Rahul Gandhi jumped into the sea without informing his personal security officer or anyone out there. He made an impulsive action right after seeing 23 fishermen jumping into the sea from his boat after casting their net to catch fish. While all of them were stunned to see his sudden reaction, Rahul seems to be cool throughout his swim. And, that’s because he is a professional swimmer.

Rahul Gandhi is seen wearing a blue T-shirt and khaki trousers. However, he did not care to remove his shirt before jumping. Once they reached Thangassery beach, Rahul has reportedly changed his damped clothes. Gandhi was also accompanied by four Congress leaders including AICC general secretary K C Venugopal and T N Prathapan.

Later, Rahul, along with his officials and fishermen, had bread and fresh fish curry in a boat, and dishes were specially made by local fishermen. During the lunch, Rahul also said to have discussed the issues being faced by the fisherfolk. Biju Lawrance, the boat owner, said the Congress leader asked them about their family and sources of income.