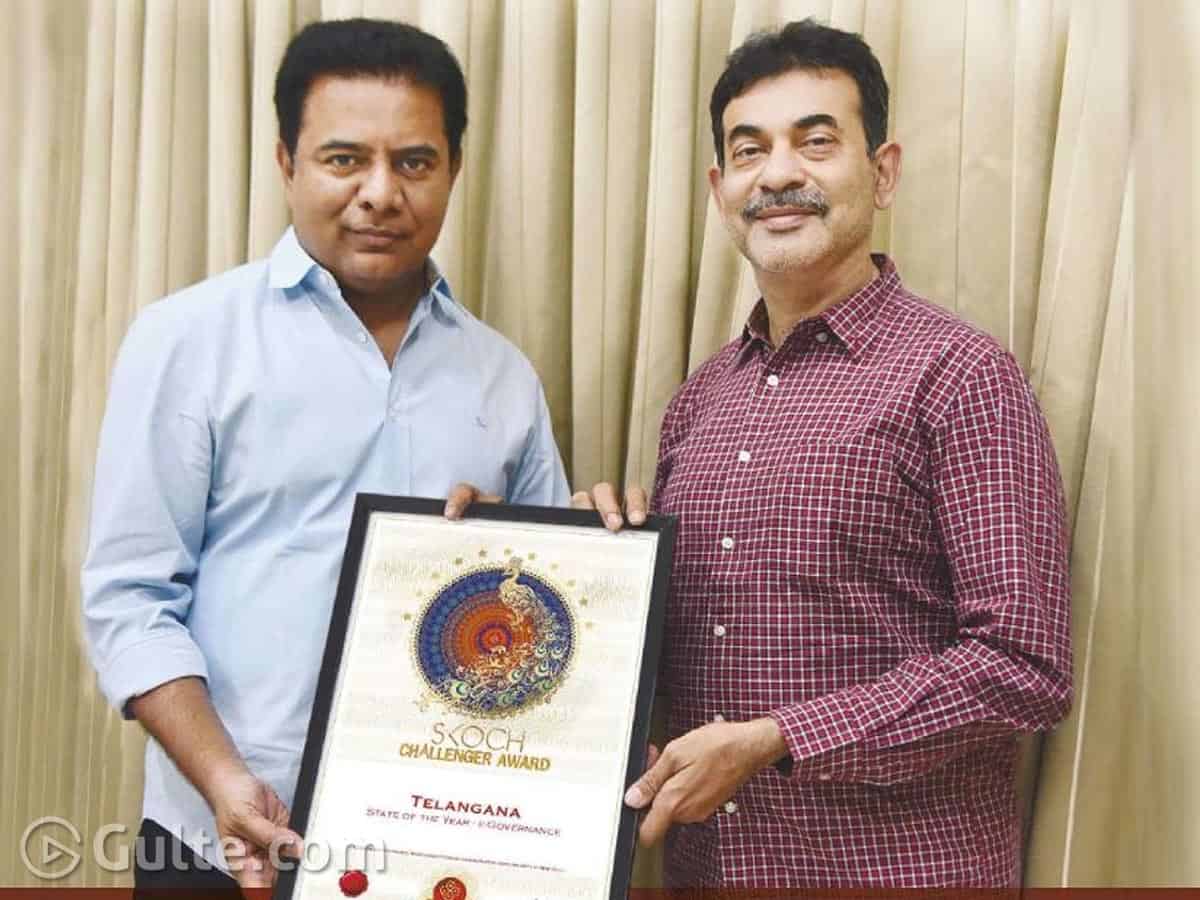 Reforms Historian and Chairman of SKOCH Group Sameer Kochhar said, “Telangana has continued to implement cutting edge IT initiatives to improve public services. Particularly during the Covid-19, modern technologies became a lifeline for delivery of citizen services. Mr. KT Rama Rao excels in 2020 rankings for the unwavering focus. He was adjudged the best performing IT minister in SKOCH rankings in 2016 earlier. This makes him the only state minister so far who is conferred SKOCH Award twice.”

In the same e-Governance rankings Telangana stood in tenth position in 2019 and it has significantly improved to get first place in 2020.

Meanwhile Andhra Pradesh is right behind Telangana at second position in the latest rankings. The complete Governance Report card is scheduled for release in March 2021.