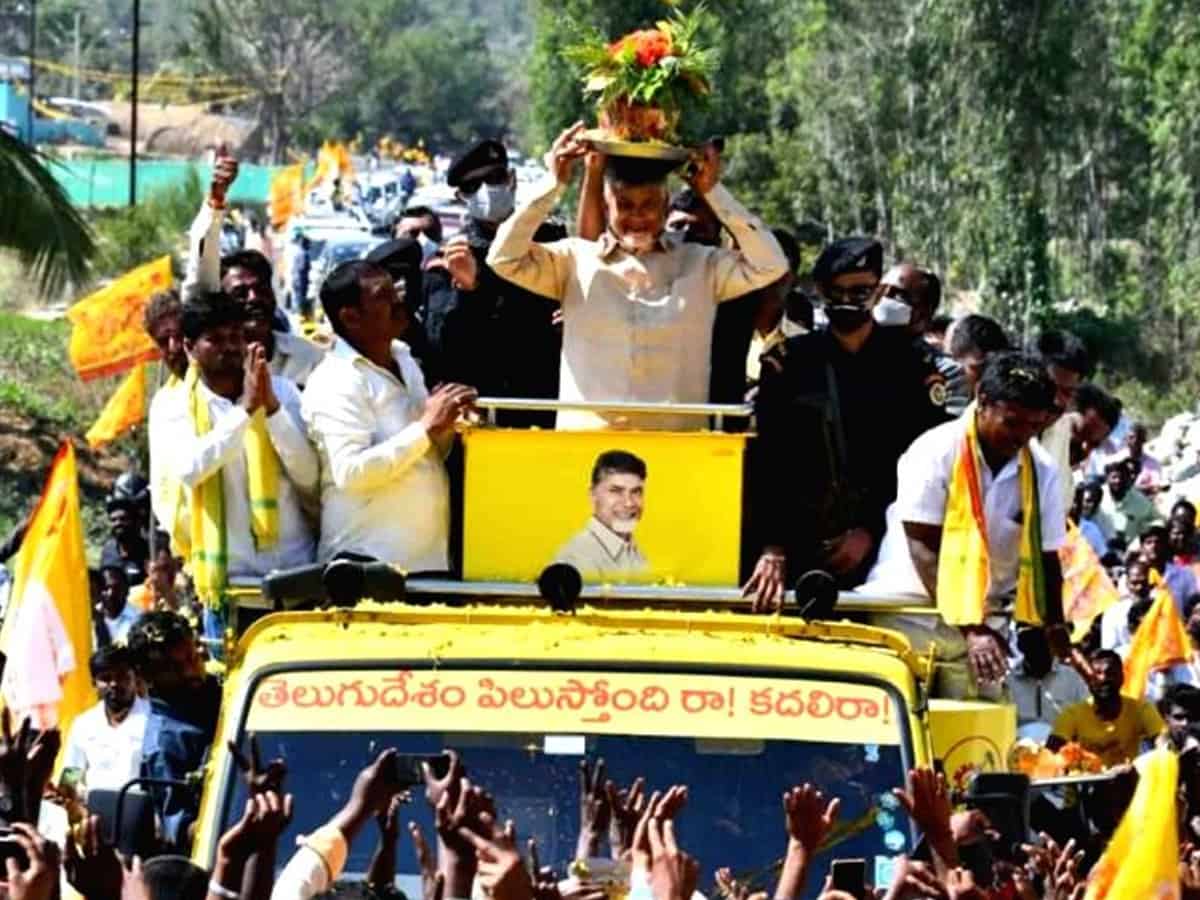 TDP chief Chandrababu Naidu is on a tour of his constituency Kuppam. On Friday, Naidu held a road show at Shanthipuram and during then, a TDP Karyakartha from the public asked Chandrababu about Jr NTR.

“Jr NTR Ni Thappakunda Thesukuraavaali Sir,” shouted the TDP activist who was near to Chandrababu’s convoy. The TDP chief clearly heard what the Karyakartha was saying and acknowledged his argument with a nod.

Also some enthusiasts have placed Jr NTR’s photo in the banners that have been erected on the eve of Chandrababu’s arrival and roadshow.

This is not something new that we hear in TDP and it’s party cadre. Every now and then TDP cadre believes that Jr NTR might change the fate of the party which is going through a rough patch. Despite the cadre’s pressure, Naidu keeps avoiding this demand for unknown reasons.

As far as Jr NTR is concerned, he is fully into movies and currently he has whatsoever no interest in politics but TDP cadre and most importantly Young Tiger fans have a ray of hope that one day he would certainly come to the rescue of TDP.