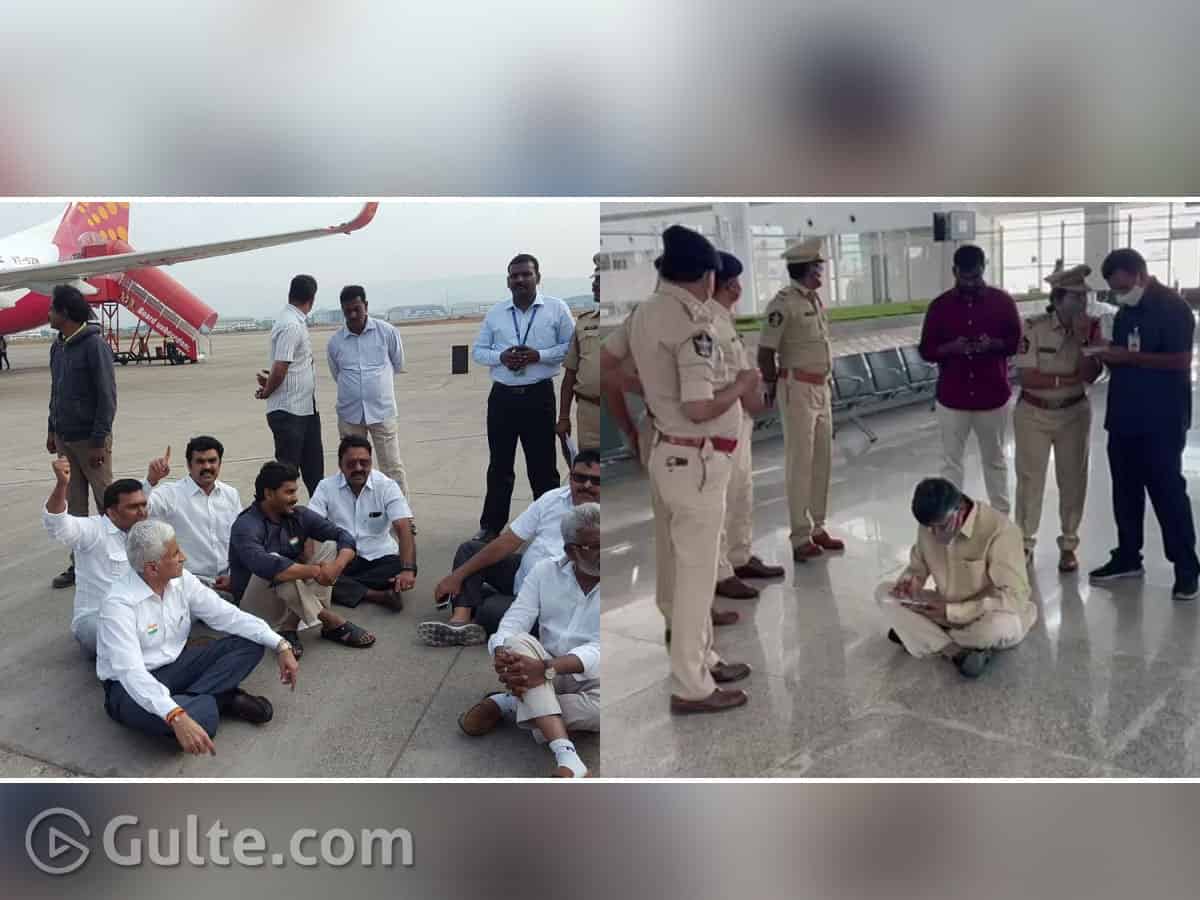 Exactly about 4 years ago, YSRCP President and the then Leader of Opposition YS Jagan Mohan Reddy was detained by the Andhra Police at Vizag Airport. Jagan and his party leaders alleged that it was a conspiracy by the then ruling Andhra Pradesh Chief Minister, Nara Chandrababu Naidu.

And this morning, the same scene has repeated at Renigunta Airport, but for the former CM Nara Chandrababu Naidu. Chandrababu was detained at Renigunta airport at around 9:30 AM by the AP Police while he was on his way to Tirupati and Chittoor.

Chandrababu was scheduled to stage a protest against the alleged pressure tactics by the YSRCP leaders on the TDP cadre to withdraw their nominations from the upcoming Urban Local Bodies elections in AP. After the police prevented him from going to Chittoor citing COVID-19 restrictions, Babu sat on a protest inside the airport and even got into a heated argument with the cops.

Earlier, local TDP leaders sought police permission for their protests at Tirupati and Chittoor. However, the cops denied the same and placed several Chittoor district TDP leaders under house arrest and also took several party workers into custody while on their way to Renigunta Airport to welcome Chandrababu.