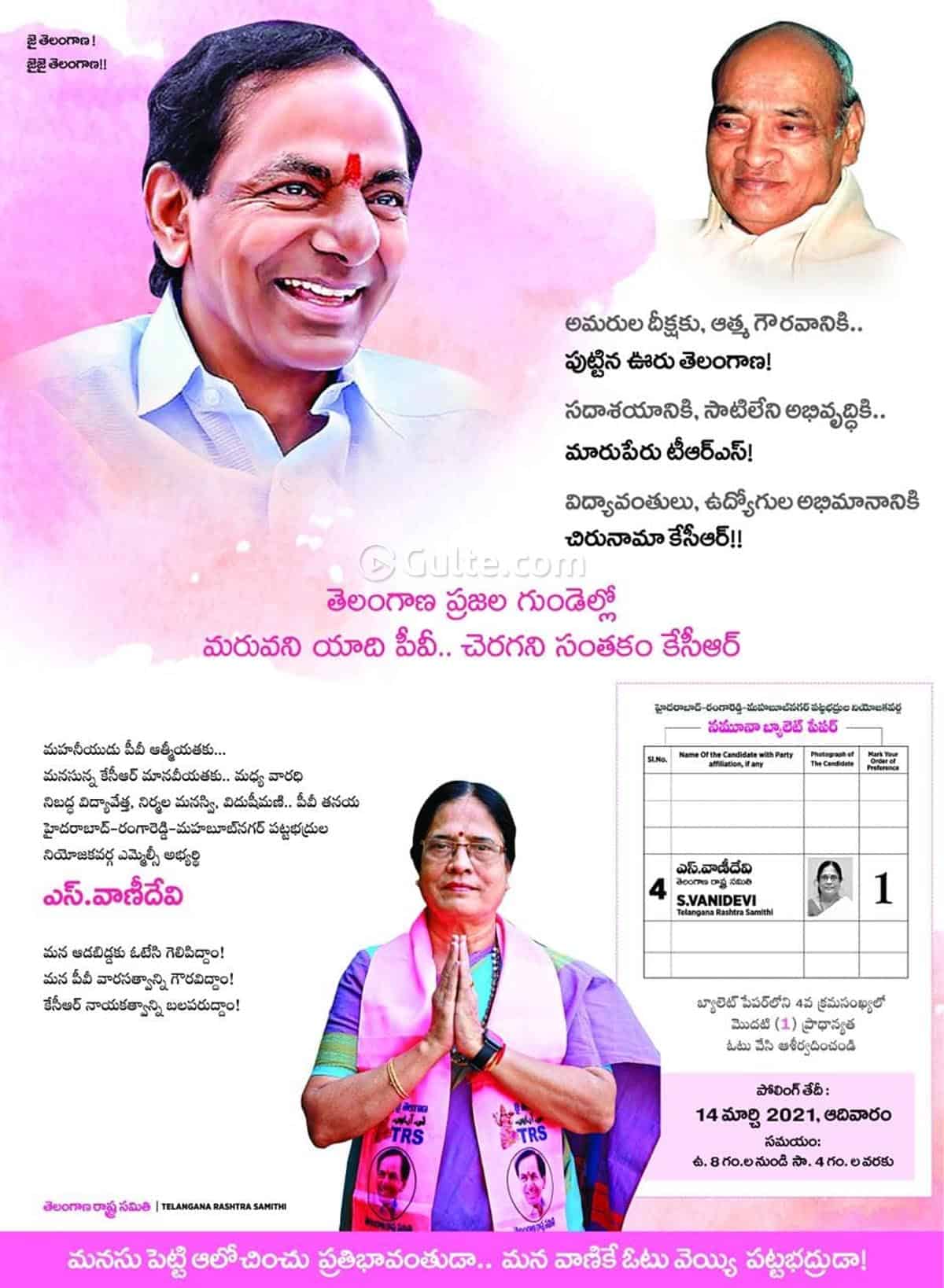 The TRS is leaving no stone unturned to ensure the victory of their party MLC candidate Vani Devi, daughter of modern India’s Chanakya and former PM late P.V. Narasimha Rao, from the Hyderabad-Rangareddy-Mahabubnagar graduate constituency.

As voters of the graduate constituency would be literates, the pink party had gone for jacket ads in all the newspapers, both English and Telugu, as part of its media campaign. It is significant to note that the TRS had never spent so heavily on any of its party candidate so far, reflecting the fact the party is considering victory from the constituency a prestigious issue.

The TRS ad, spread in a full page, hoped for Vani Devi’s victory from the constituency. It had pictures of only three persons – party president KCR and candidate Vani Devi almost of equal size and occupying a major portion of the page and PV’s photo spread in a quarter page.

One other striking aspect in the ad is that neither did it boast of the TRS government achievements nor of KCR’s rule. Apparently, it highlighted the Telangana sentiment, self-respect of the people and PV’s name and his greatness.

Apart from this constituency, MLC elections are also scheduled in the Khammam-Warangal-Nalgonda constituency on March 14. However, the TRS seems to be very keen on winning the Hyderabad-Rangareddy-Mahabubnagar constituency from where Vani Devi is contesting compared to the other.

There is a perception that the TRS is weak when it came to winning the MLC elections but this time, the father-son duo are going all out with their strategy and execution to beat this impression.