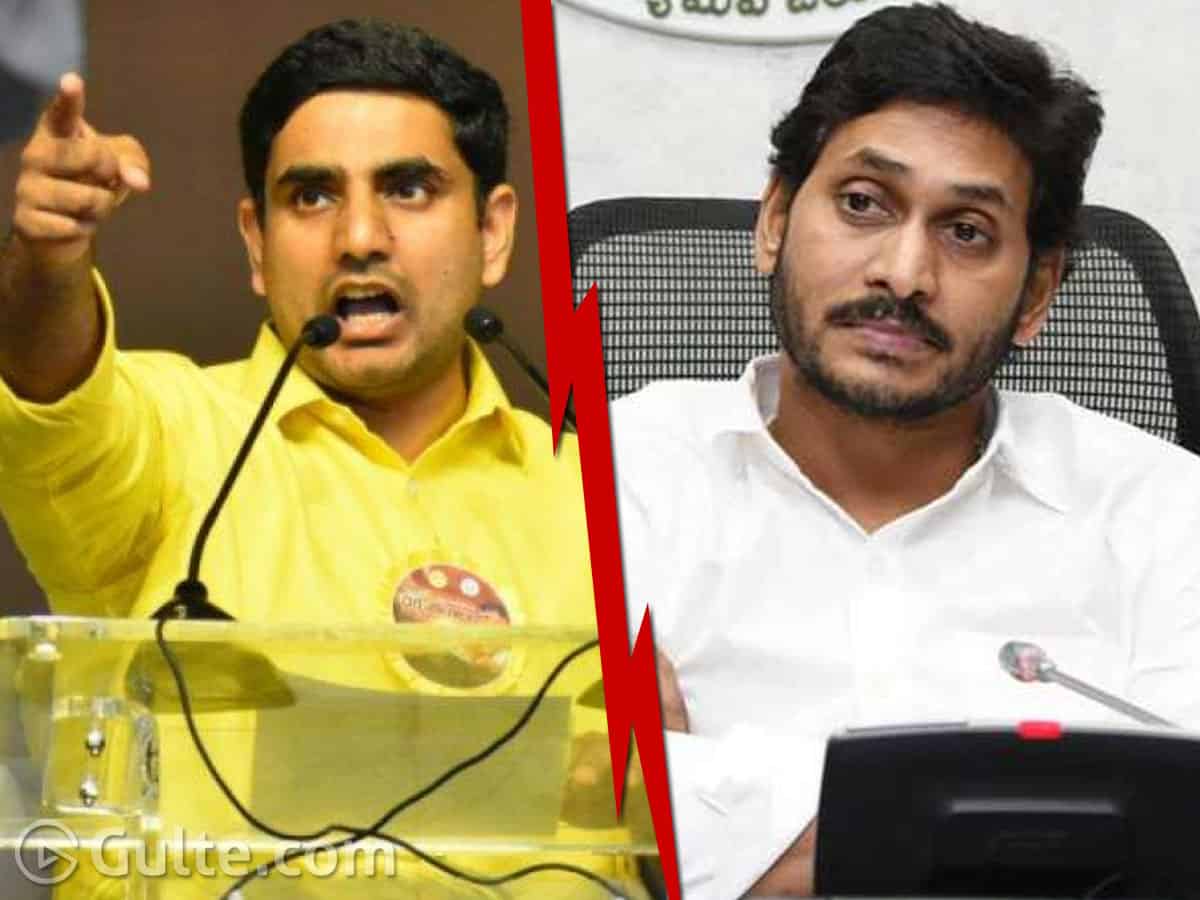 The CID notices to TDP chief Chandrababu Naidu on Amaravati land scam has created a sensation in AP political circles. The CID team reaching Chandrababu’s residence in Hyderabad on Tuesday morning and asked him to appear before for it for his statement are the following developments.

The TDP has slammed the YCP government and added that it is doing vendetta politics. Yet so far Chandrababu Naidu has not reacted to it but his son and MLC Nara Lokesh has responded and came down heavily on AP CM Jagan.

“I can only laugh at Jagan’s efforts in trying to prove that a scam had happened in Amaravati lands row. Despite the courts clarifying many times, Jagan is singing the same old tune. In the last 21 months, no evidence was found and finally they have stooped down to file an SC,ST case. Such silly cases will do no harm to Chandrababu but this is all part of Jagan’s conspiracy to destroy the image of Amaravati. It’s the land of the divine and it would be protected,” tweeted Lokesh.